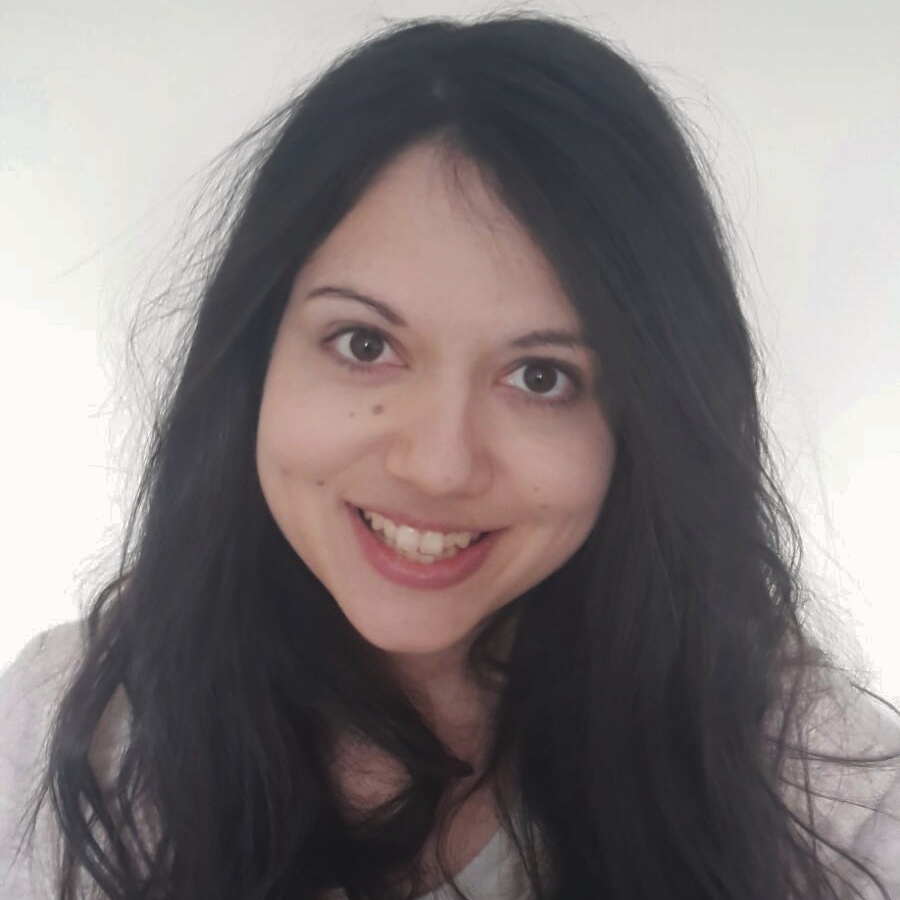 Over recent years, Hungary has steadily grown its place on the world stage. Once a little-known country in Eastern Europe, it’s quickly become a popular tourist destination for culture seekers, stag parties and now, it seems, foodies. 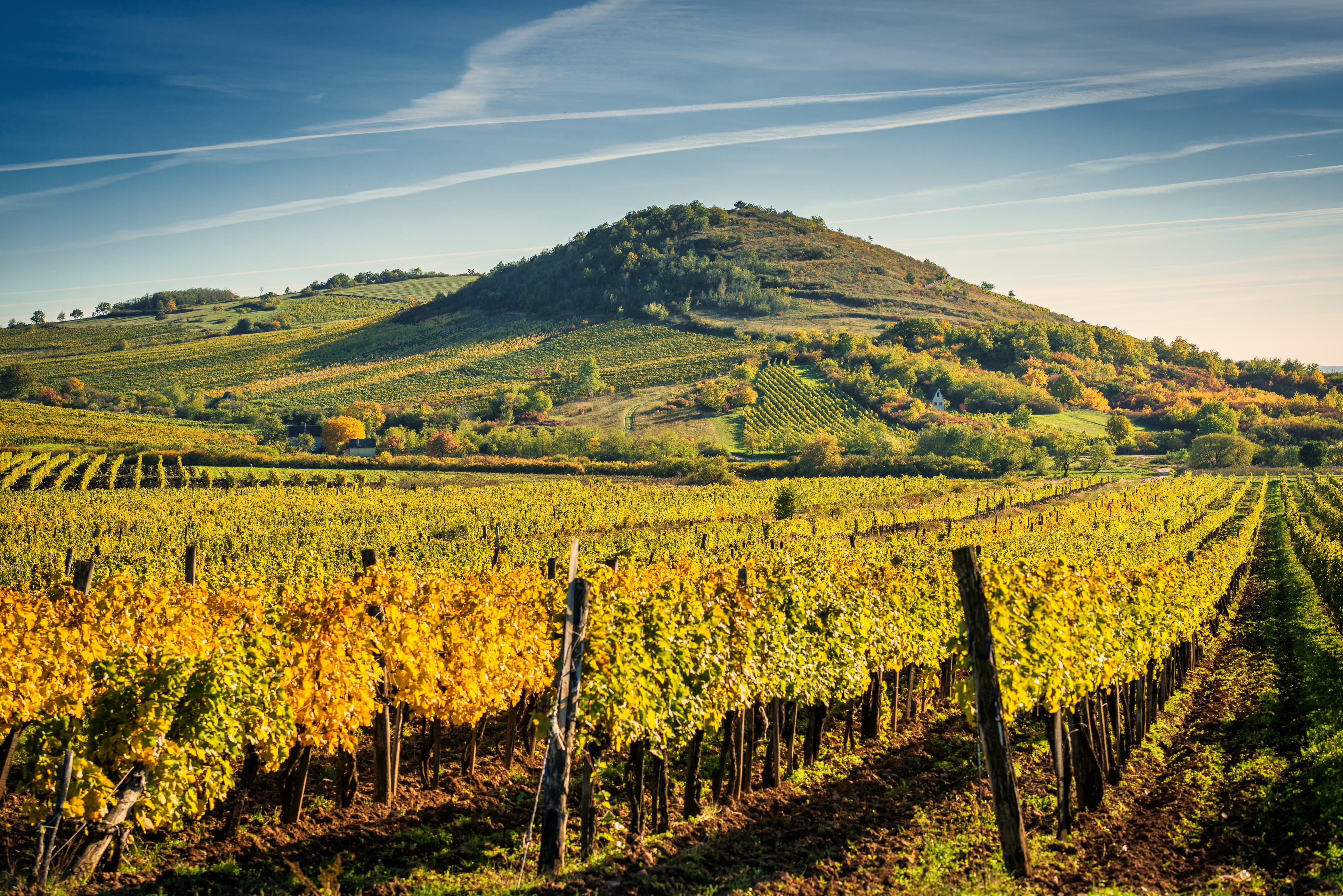 Hungarian wine dates back to at least the Roman era, with evidence of vineyards existing in the era from around 5th Century AD. Initially, the area was famed for white wine, with many grapes shipped in from neighboring countries such as France, but the arrival of Serbian refugees in the 16th Century led to the introduction of red grapes such as kadarka.

By the early eighteen hundreds, Hungarian dessert wine was considered a delicacy by European aristocracy. It was served at royal banquets across the continent as the ultimate in indulgent fare. But the phylloxera epidemic of the 1880s - wherein an insect infestation ate through the roots of many of Europe’s grapevines - hit Hungary’s vineyards particularly hard. The disease was native to American vines, thought to have been brought in through stateside specimens collected by English botanists, and so the Hungarian grapes lacked the natural immunity to fight it off. Suddenly, supply struggled to meet demand.

Already falling out of favor, the country’s wine industry was hit further by the two world wars and again by communist leadership. When wine became a state-controlled commodity to be rationed among Hungarian and Russian citizens, quality was sacrificed for quantity and the region’s once excellent reputation became a distant memory. 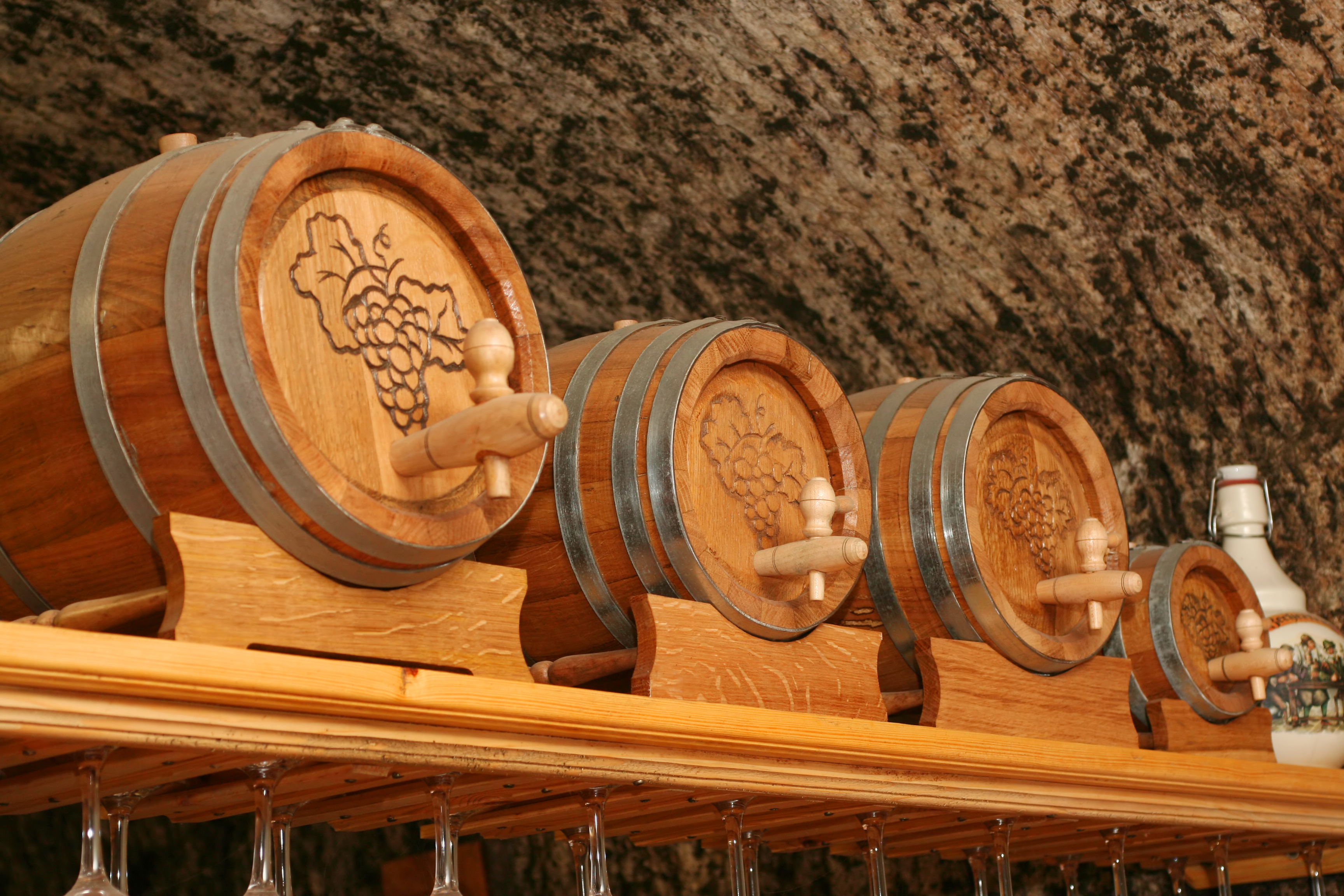 In recent years, however, Hungarian wine is making a comeback. Following the country’s transition from communism to democracy, the industry has made steady headway in returning to its former glory. Much of the country’s produce remains within the domestic market at present, with the export market still proving a competitive challenge for winemakers, which makes finding one of the best varieties a true treat.

Unlike in many wine-growing regions, small estates are the key players in Hungary. Classic techniques are being reignited, as have traditional wines. While the country does dabble in well-known varieties such as Sauvignons and Cabernets, it is also enjoying renewed interest in traditional drinks.

Because of its location in the midst of the mountains, Hungary is known for its long growing seasons and favorable climates, which is of course an appeal for budding winemakers. And because of both the local economy and its status as the new kid on the block, these wines are far more affordable both to grow and to buy. This combination of well-grown grapes and affordability make Hungary an exciting country for any hobby connoisseur. 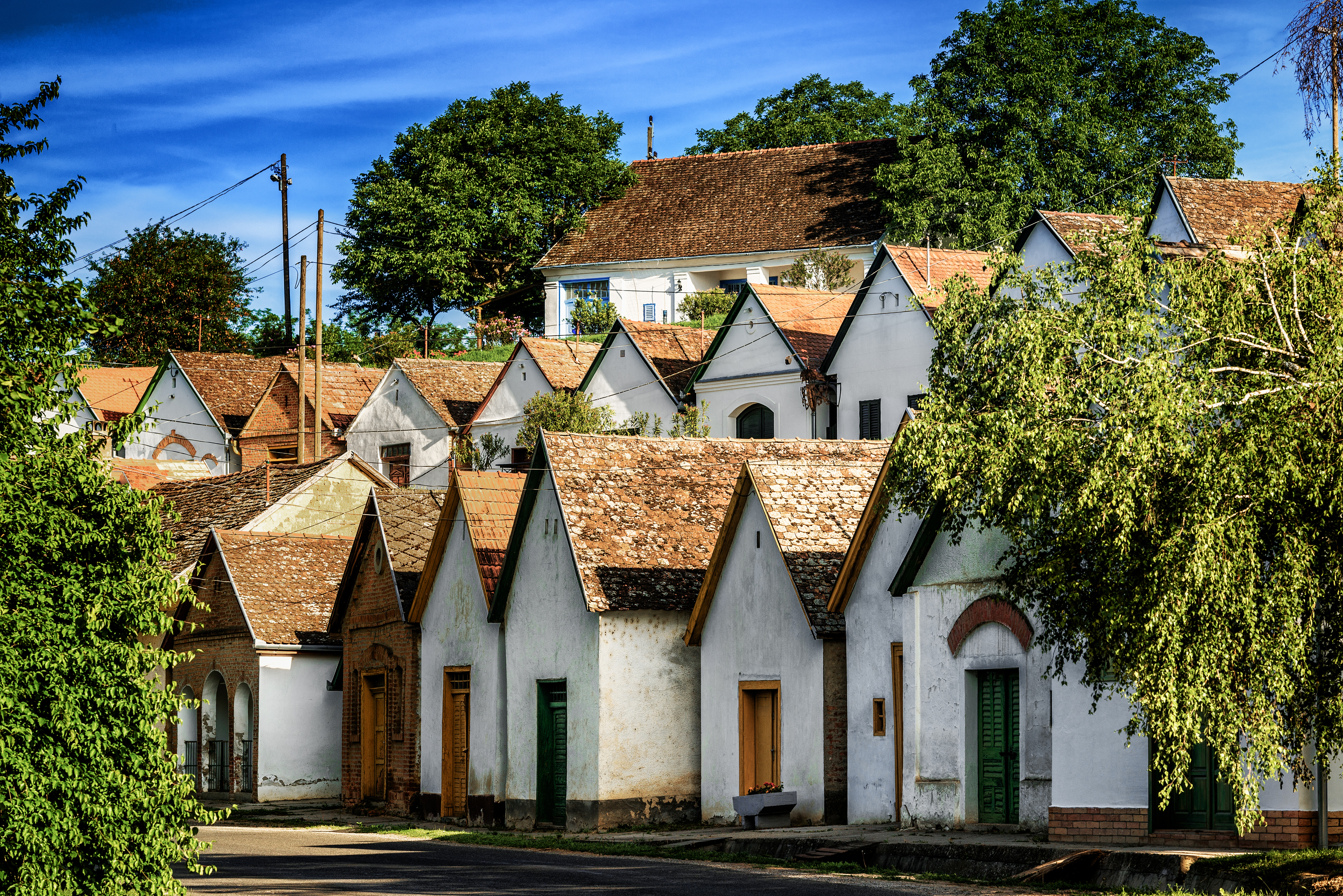 As with any wine-growing country, Hungary has a number of regions that each produce a signature grape. There are a total of 22, but the top four regions dominate much of the market.

The northern region of Eger is known for its Igri Bikavér reds and Egri Csillag whites, both of which carry strong, acidic flavors. The region has a rich history, with a 30-million-year-old grape fossil discovered by archaeologists on the site of a present-day vineyard.

The southern region of Villány specializes in rich red wines, thanks to its volcanic soils and warm climate. This region is a favorite among wine experts because of the quality of the native grapes, with many considering it to be one of the premium producers of red wines in the world.

To the west is the petite region of Nagy Somló, where a black basalt toprock from ancient lava flows is topped with a layer of clay and sand. This combination creates unique white wines with a smoky taste, best exemplified by the Juhfark wine whose legendary reputation for medicinal values precedes it.

And of course, the most famous region in Hungary is the Tokaji region. A UNESCO World Heritage Site and the world’s oldest classified wine region, this is the origin site of the country’s famous dessert wine. 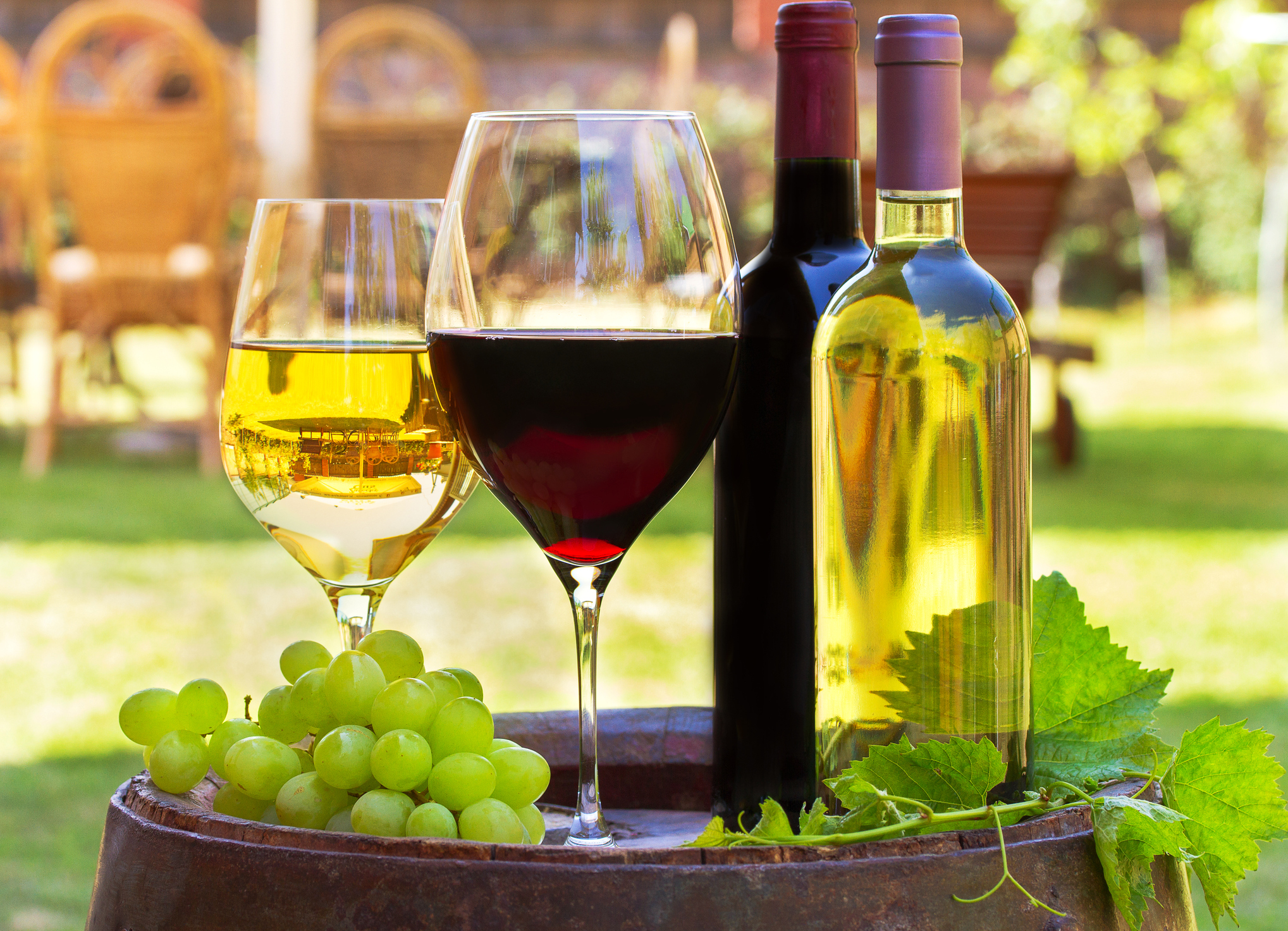 The favorite of European royals and still the most famous Hungarian wine is Tokaji - a rich dessert wine made primarily using the furmint grape. This delicacy is renowned for its nutty, spicy flavor which makes a particularly complex alternative to traditional dessert wines from French regions.

The furmint grape is seeing increased popularity in recent years, with more and more winemakers using it to create speciality dry wines. This is particularly true in the Somlo region, which is leading the charge. The grapes themselves tend to bud early and ripen late, giving them time to mature into the layered flavors for which they are renowned.

Red wine lovers favor the kadarka grapes grown in the Szekszárd region. Although its the region’s signature, it’s a little-grown grape and is primarily produced by family wineries. The wines made with kadarka grapes are known for being particularly aromatic, with a spicy taste that gave it the reputation as the southern “bull’s blood”.

High tannins and low acidity leave a complex flavor that make Szekszárd wines a talking point among sommeliers. It’s also popular amongst wine tourists because of the decorative cellars spread throughout the region, which are often open for wine tastings.

One of the supporting grapes in Tokaji is Hárslevelű. It is used as an additional ingredient because it boasts a particularly sweet taste, while remaining mild enough to not overpower the key grapes. The thick skin and loose bunches in which these grapes tend to grow heighten the sugar content, producing its trademark taste.

As a light-skinned grape, Hárslevelű is also popular for use in creating dry white wines. The flavor is described as “herbaceous and full-bodied”, and is popular among connoisseurs throughout the region.

Whether you’re looking for rich reds or sweet dessert wines, it seems that Hungary is the place to go to quench your thirst.

Helen is a UK-based freelance writer with over six years’ experience in article writing, editing, blogging and copywriting. You can read her work and get in touch at helenwalden.wix.com/freelancewriter

The Host's Guide to BBQ Season

Meditation and the Secret to a Longer Life