Champagne is a word that most of us associate with celebration, indulgence and luxury. For winemakers, however, it’s a word that’s rather more heavily regulated. To be officially (and legally) classed as Champagne, a wine must meet specific requirements - namely, it must be produced in the Champagne region of France, and it must follow the rules of Champagne appellation such as using approved grape varieties and secondary fermentation in the bottle.

Yet, despite the strict requirements surrounding Champagne brands, there’s still a great deal of variety available on the market. While big brands have made names for themselves, there are a number of lesser-known producers who are putting out innovative, quality and simply delicious drinks. 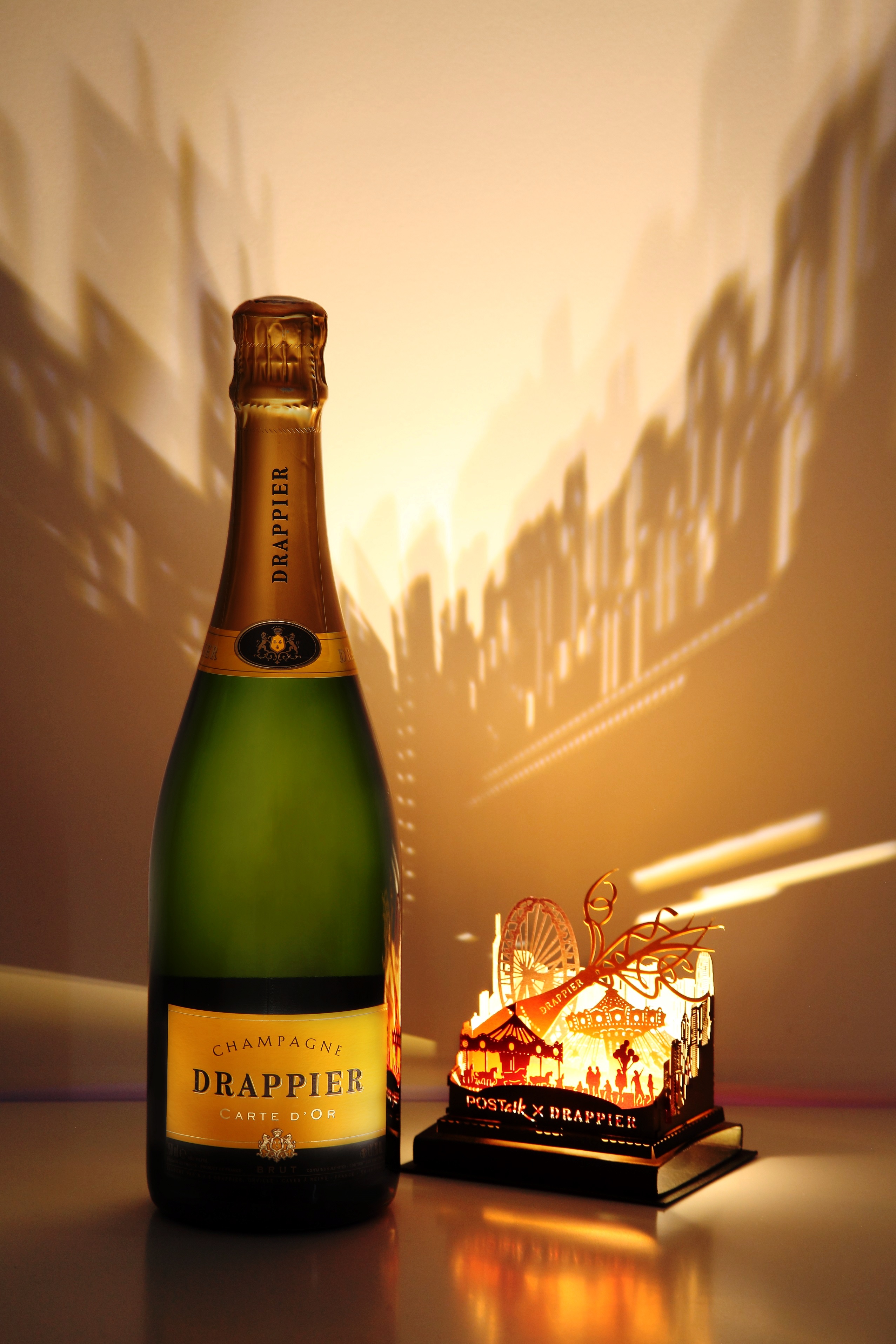 The Drappier Champagne house dates all the way back to 1808, when it was founded by a Cistercian monk. Impressively, it remains a family business eight generations later. The house is most notable for its unique practice of selling every one of its wines in the bottle in which it was fermented. 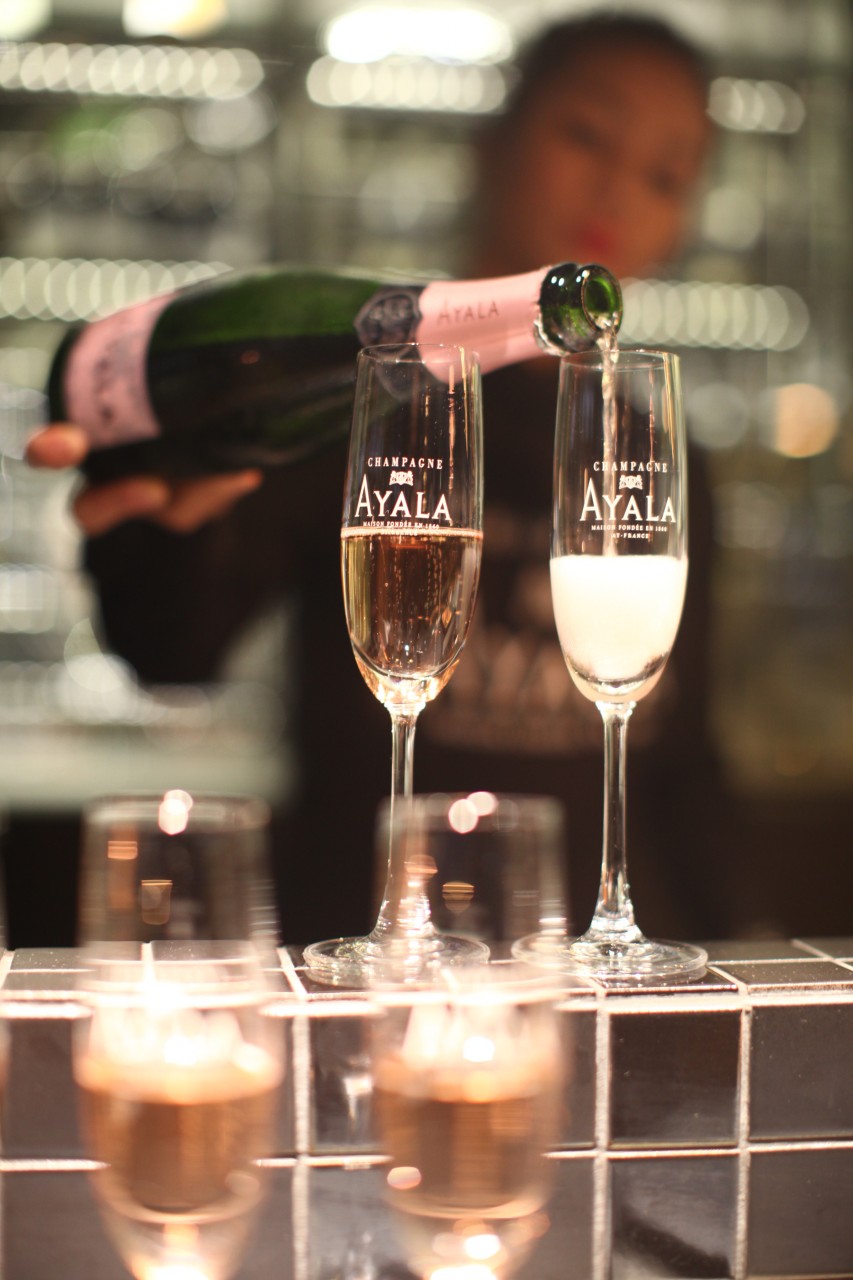 Every Champagne enthusiast has heard of Ayala’s world-famous parent company, Bollinger - one of the best Champagne brands in the world, but this independent grower is a more hidden gem in the wine world. Ayala is differentiated from Bollinger by its bias towards Chardonnay over Pinot Noir - one of the facts that drew in Chef de Cave Caroline Latrive. 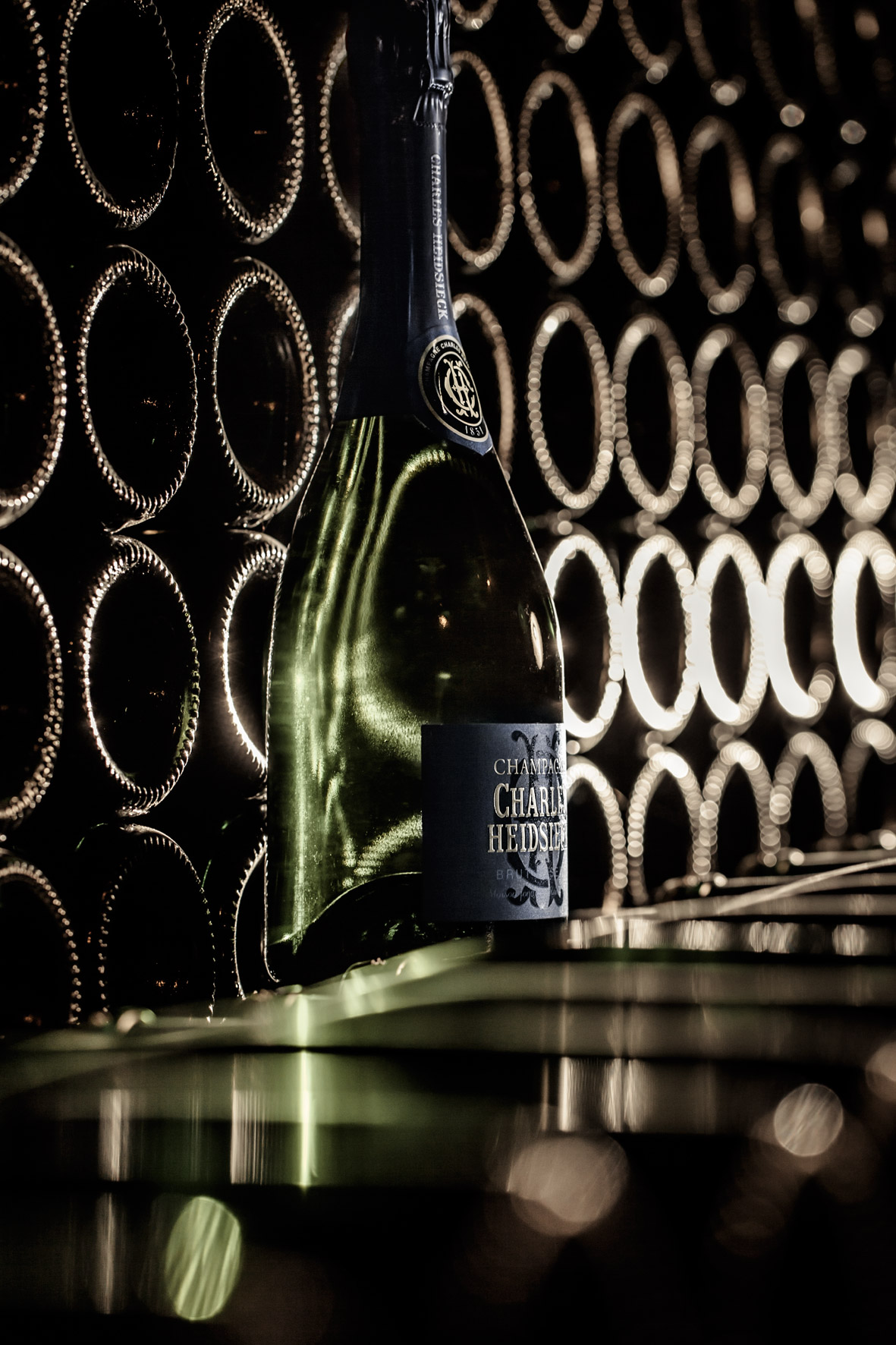 While it’s among premium Champagne brands, Charles Heidsieck often just misses the most-recognized list of French Champagne brands, but it remains well regarded within the industry. The Champagne house as received many prestigious awards over the years, including being named the International Wine Challenge’s Best Sparkling Winemaker of the Year an impressive 12 times. 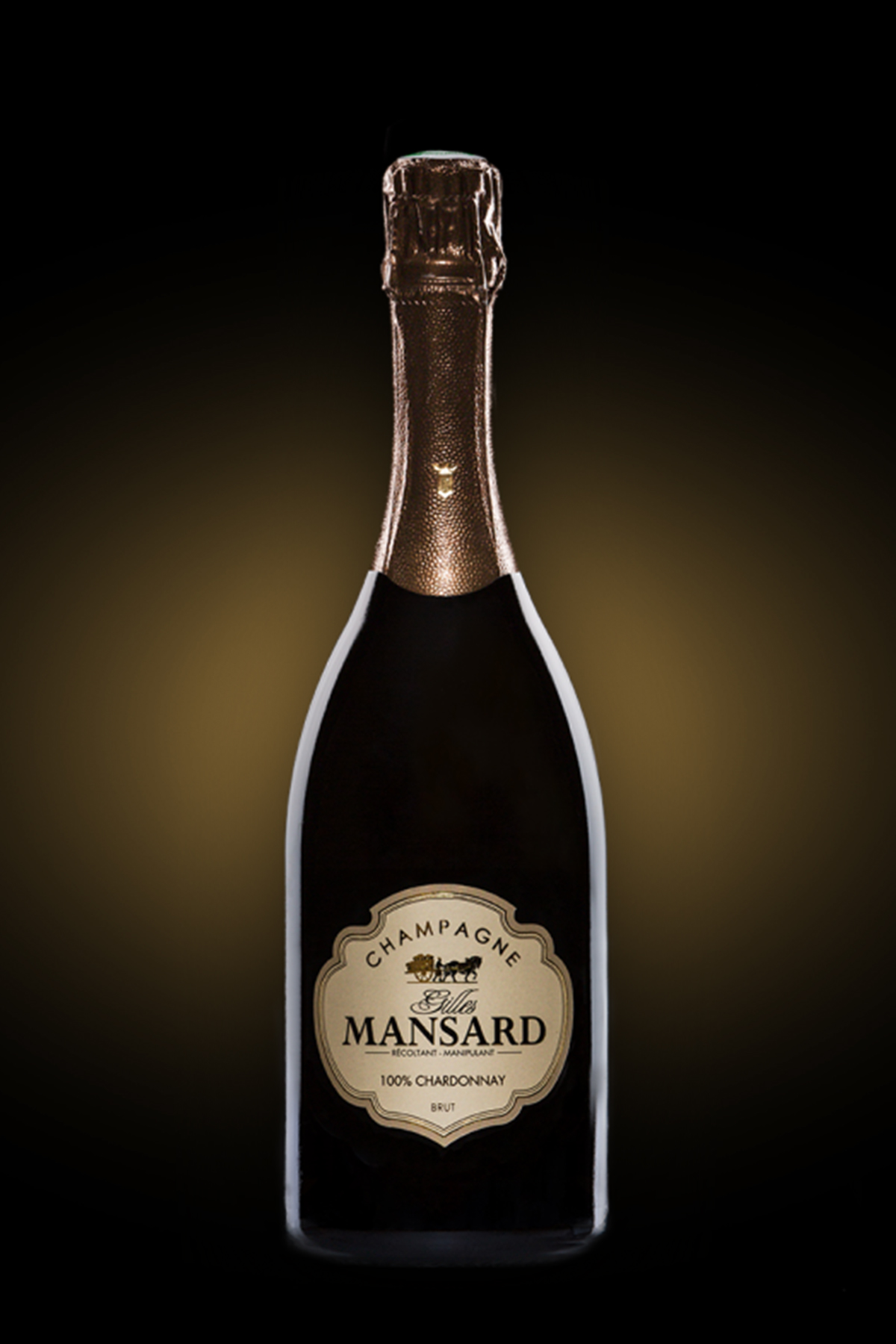 Established by the Epernay family in 1910, the Mansard Baillet Champagne house grows its grapes in the picturesque Cerseuil village. The house’s wine cellars have become something of a tourist attraction in themselves, located in spectacular caves 15 meters below the ground where the Champagnes are busy ageing to perfection. 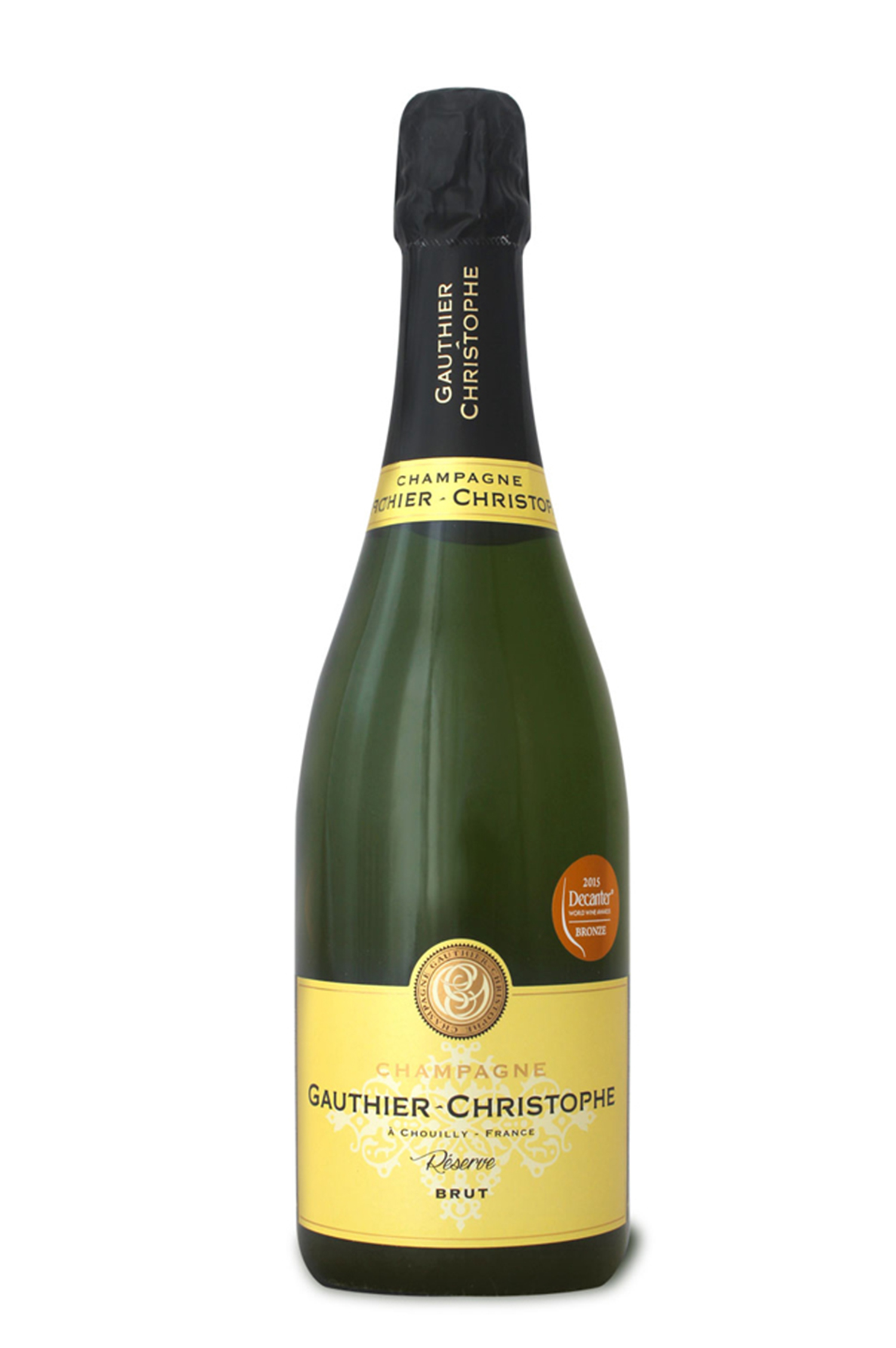 Once upon a time, Gauthier grapes were reserved for royalty and imperial courts. This Champagne house first made its name in the 1850s as purveyors of fine wines, and over time its reputation has only grown. It remains a firm favorite among true connoisseurs, largely because of its recognizable fresh and fruity flavorings. 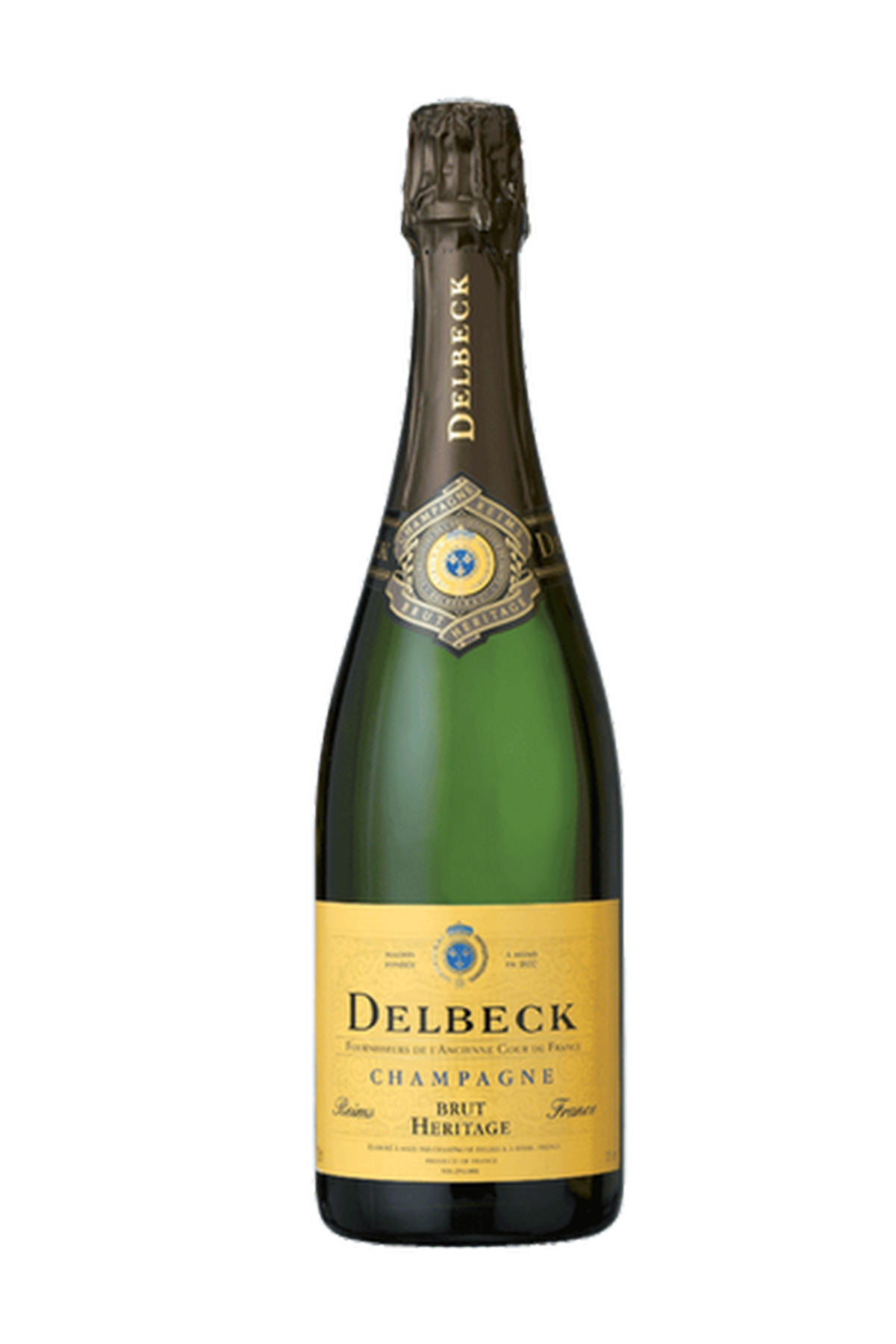 Among its many loyal fans, Delbeck counts the French royal family; it was awarded the status of Official Champagne of the French Monarchy in 1838 - as indicated by the regal emblem displayed on each bottle. It also found great popularity among the Hollywood elite during the Belle Époque period around the late 1800s and early 1900s. 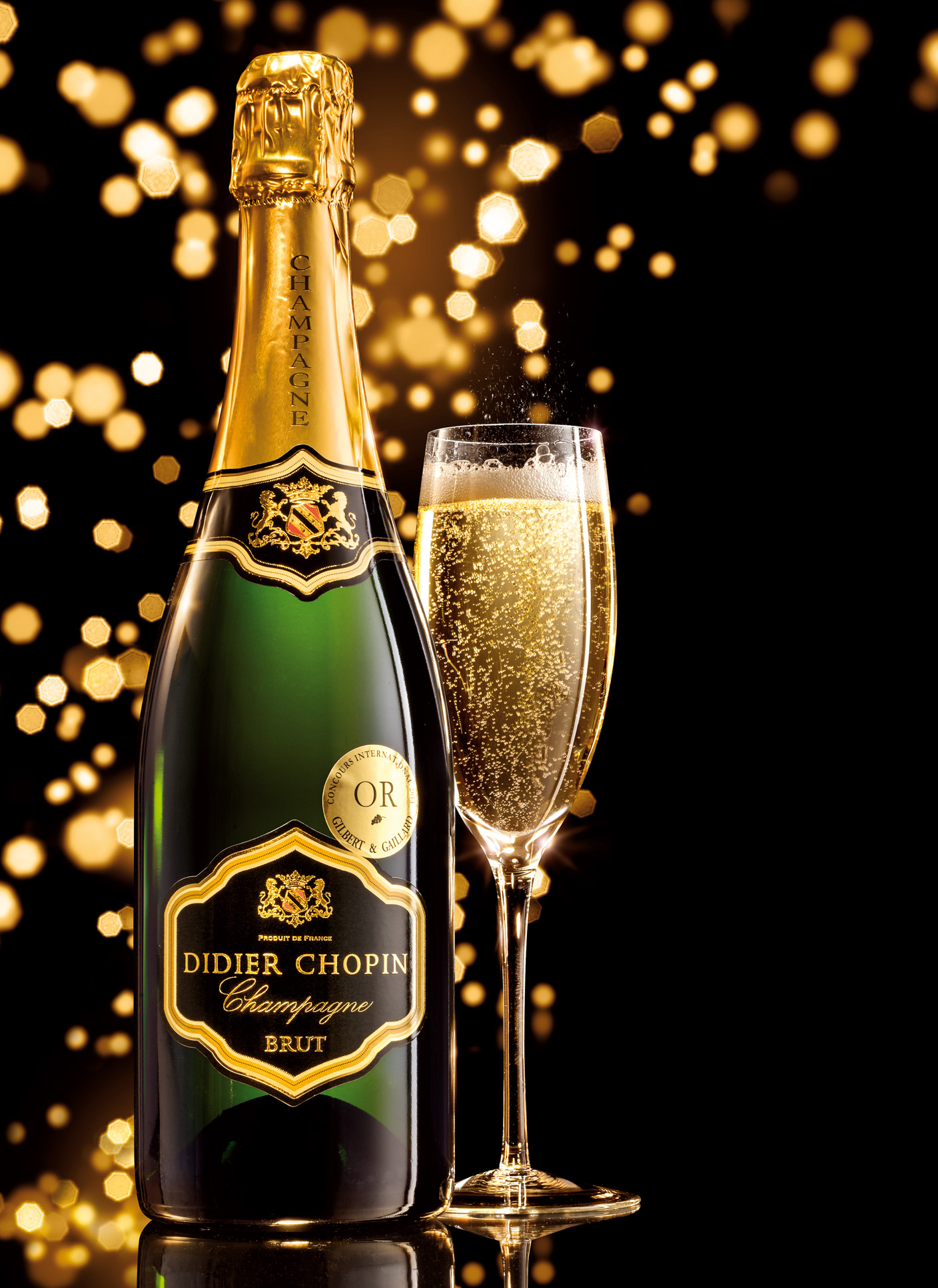 This young, boutique brand is operated by a husband and wife team, Didier and Karine Chopin, in the Marne Valley of the Champagne region. Focused on Pinot Meunier and Pinot Noir grapes, this Champagne house keeps things classic while enhancing its reputation as an artisan grower. 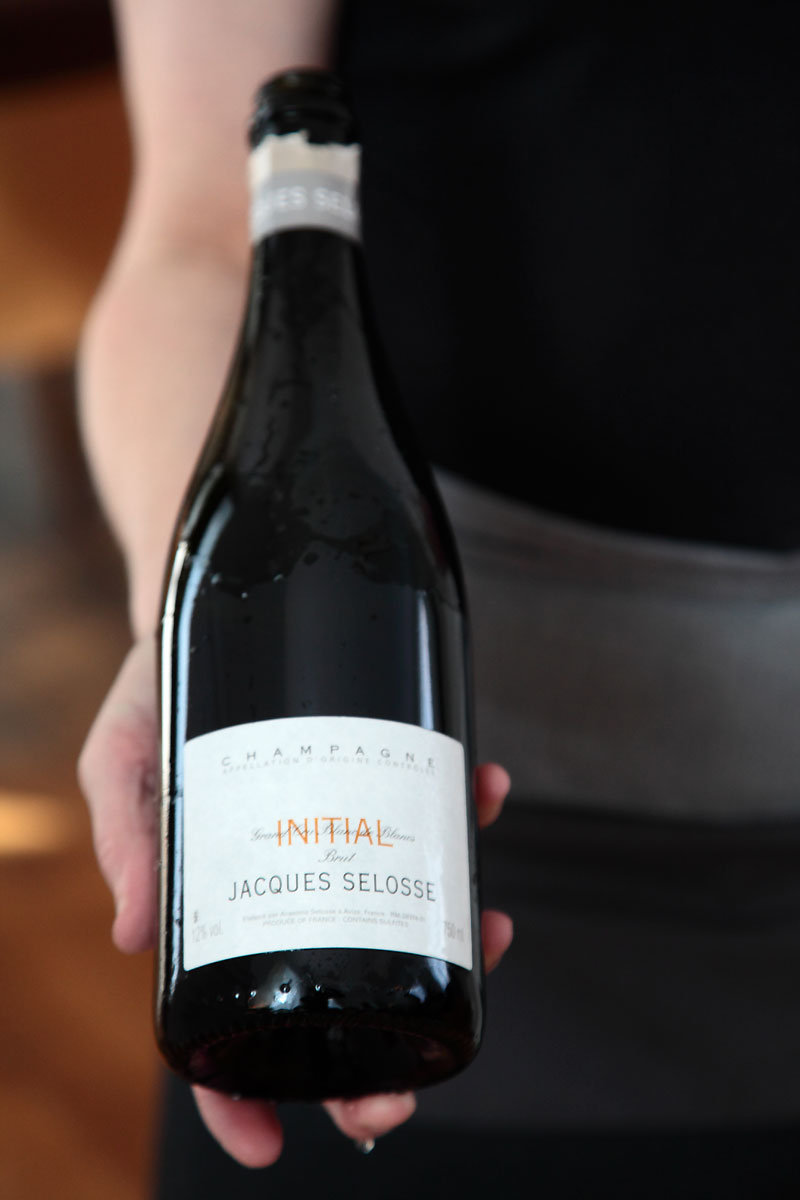 Founder Anselme Selosse is known as a revolutionary among Champagne circles. His major contribution to the industry was improving the quality of the grapes used during the 70s - a time when fruit quality was considered unimportant by many. Today, his reputation for eccentricity proceeds him, as do his premium Champagnes. 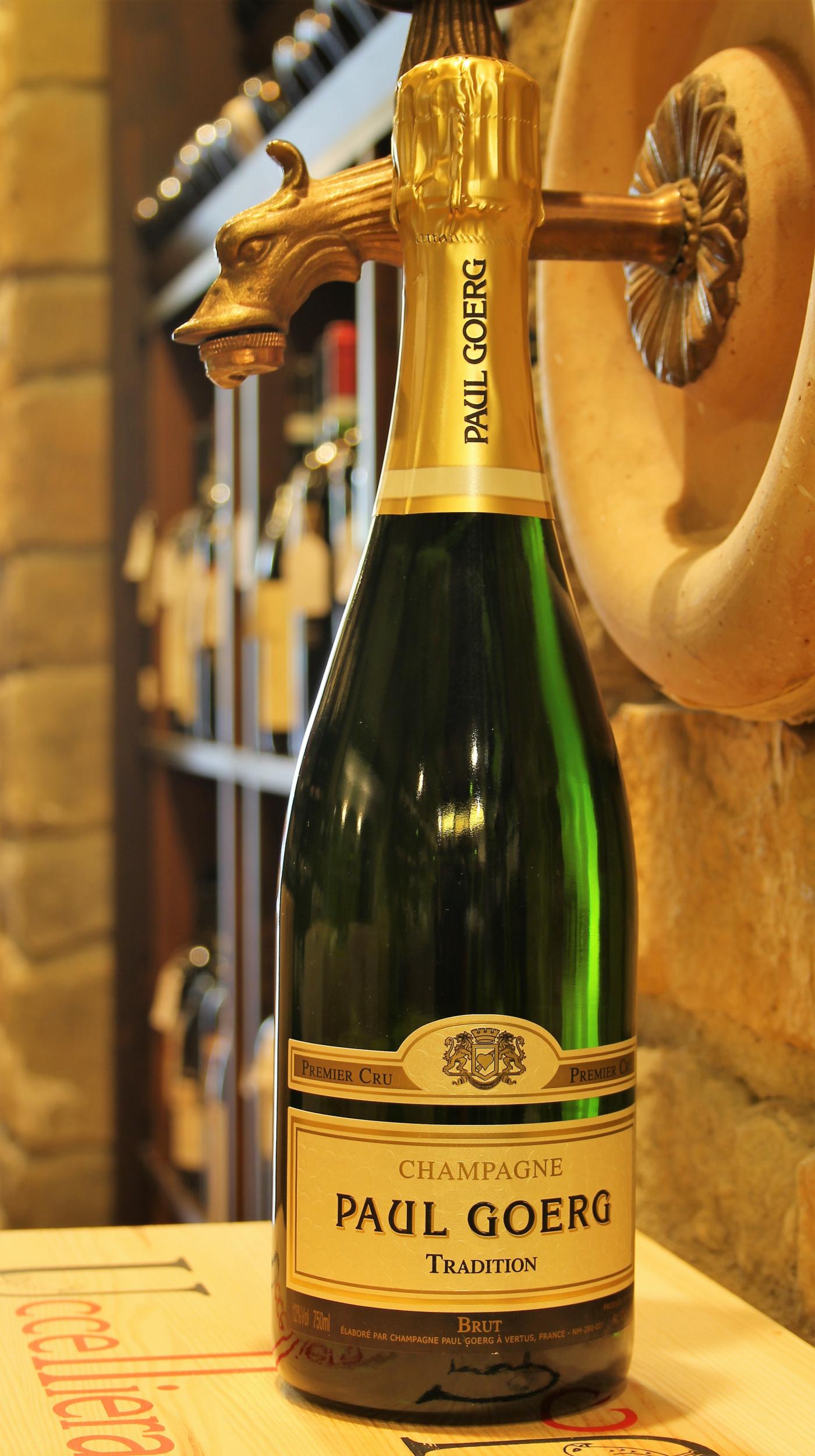 Paul Goerg Champagne house keeps things small and intimate. As an independent grower, this brand has become known among inner circles as a true artisan choice. A collection of exquisitely crafted, skillfully blended wines have cemented Paul Goerg’s place among the Champagne elite, with the brand’s authenticity praised by connoisseurs. 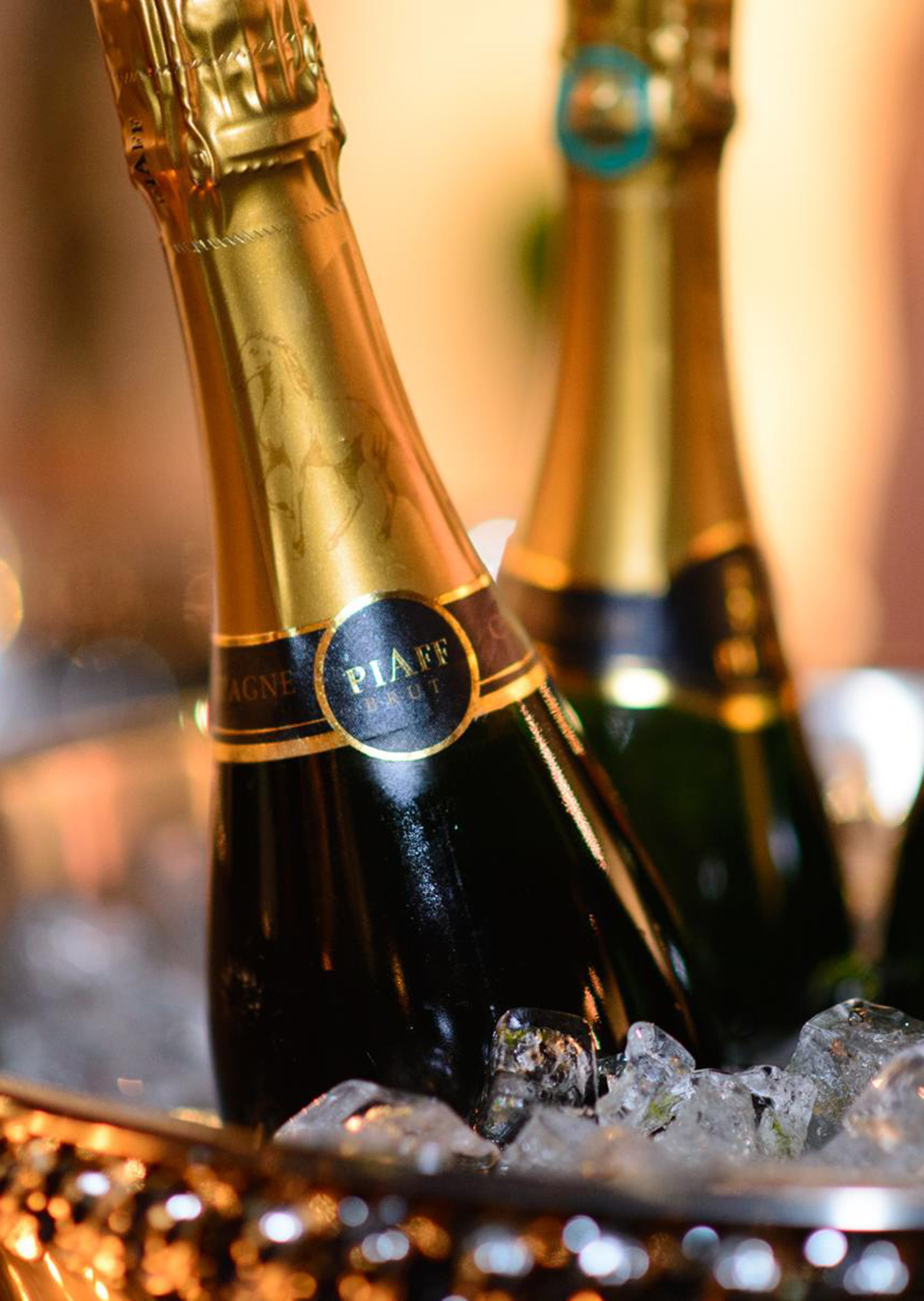 Champagne might be a classic drink, but PIAFF is taking modernity in its stride. It’s making waves among the wine world for its high-tech approach to sharing Champagne, with the development of smartphone apps. However, it keeps all the benefits of time-honored tradition, with five generations’ experience of Champagne-making behind it. 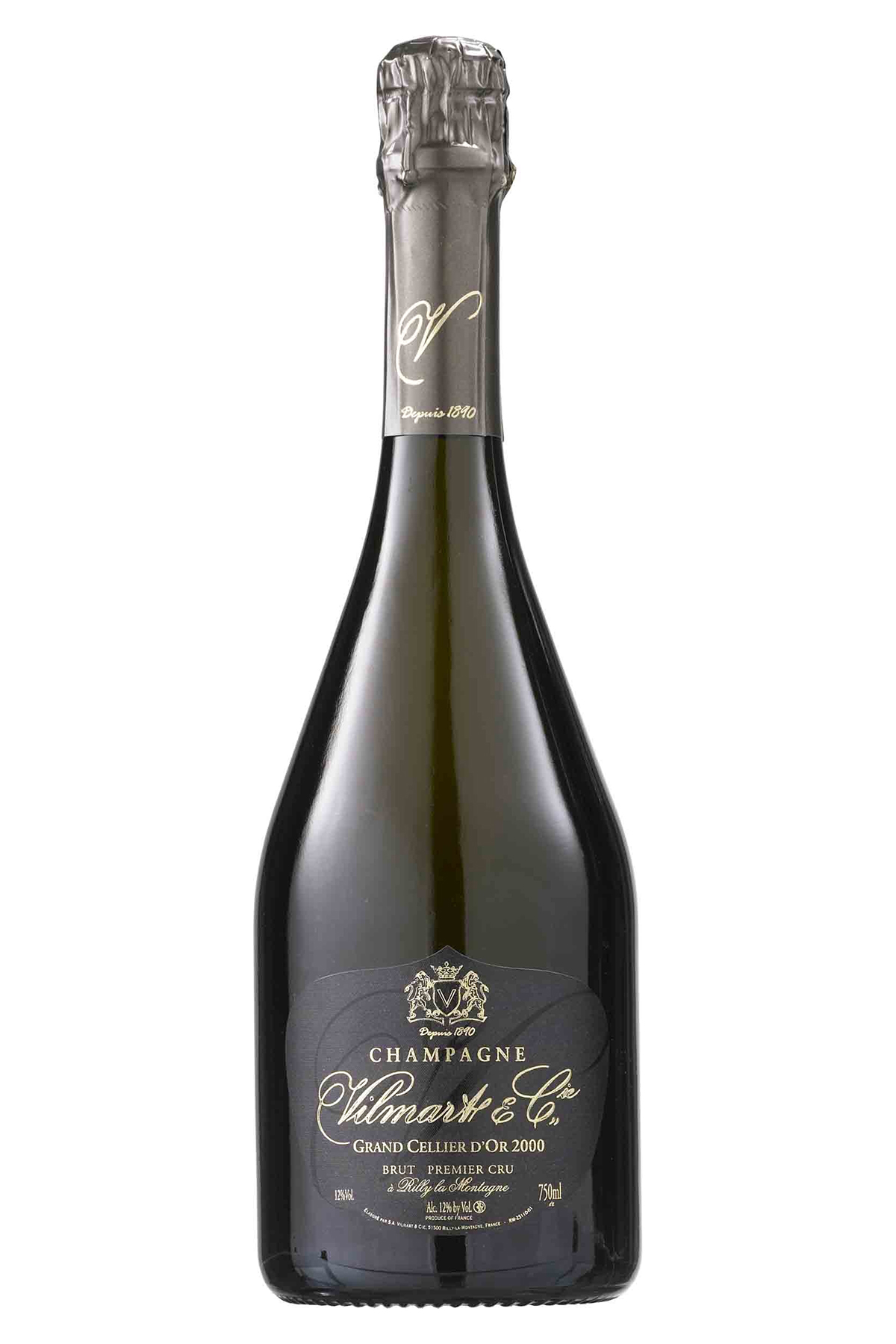 Vilmart & Cie has been making culinary history for some time. Around 50 years ago, the Champagne house switched from cement barrels to oak - a controversial move at the time but now widely deemed a wise one. It has become something of a cult favorite, and is often praised for its practice of using only Grand Cru or 1er Cru vineyards worked on by hand. 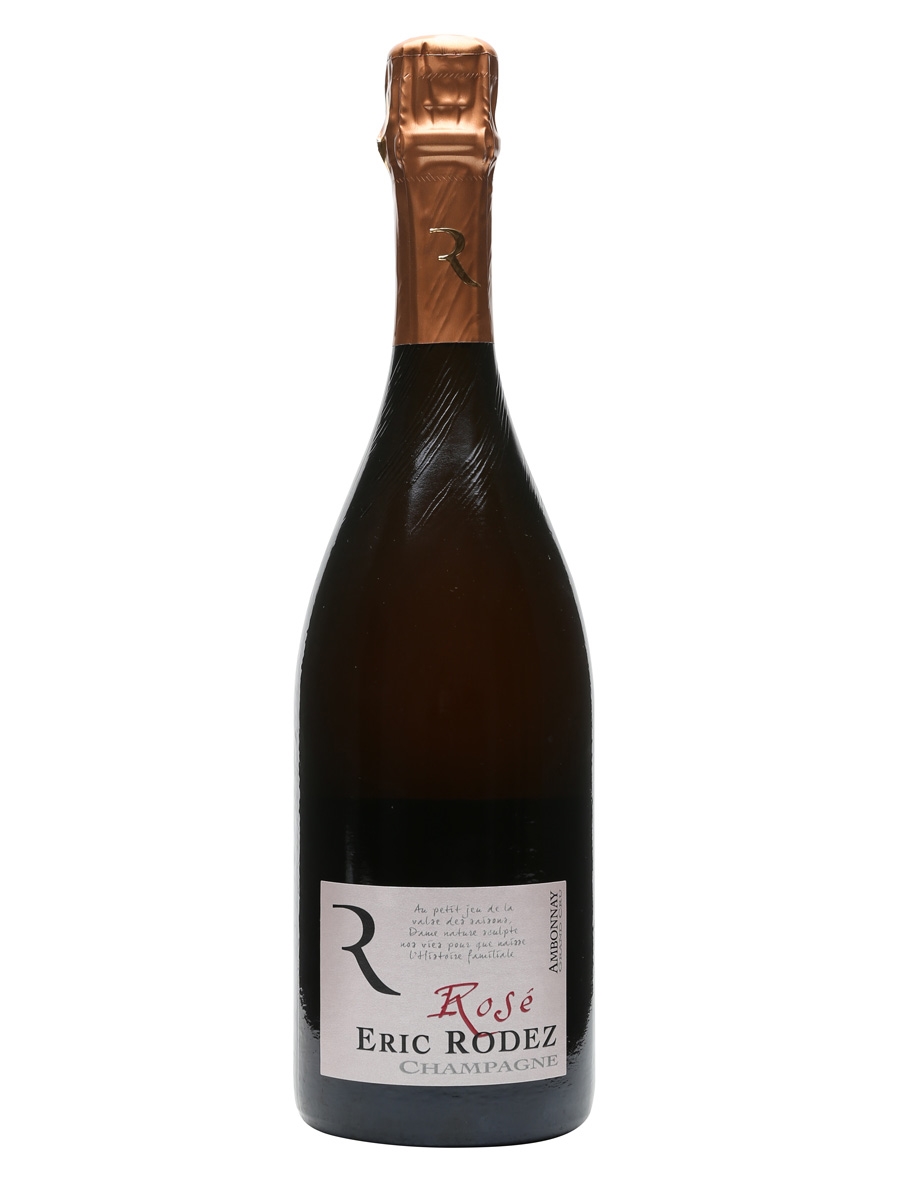 Beloved by the New York Times’ wine critic, Éric Rodez is a Champagne house worth paying attention to. Now owned by its eighth generation of winemakers, this Ambonnay-based brand is pioneering even today with its use of biodynamic production methods that aim to make it nature-friendly as well as enhancing the “musicality of the wines”. 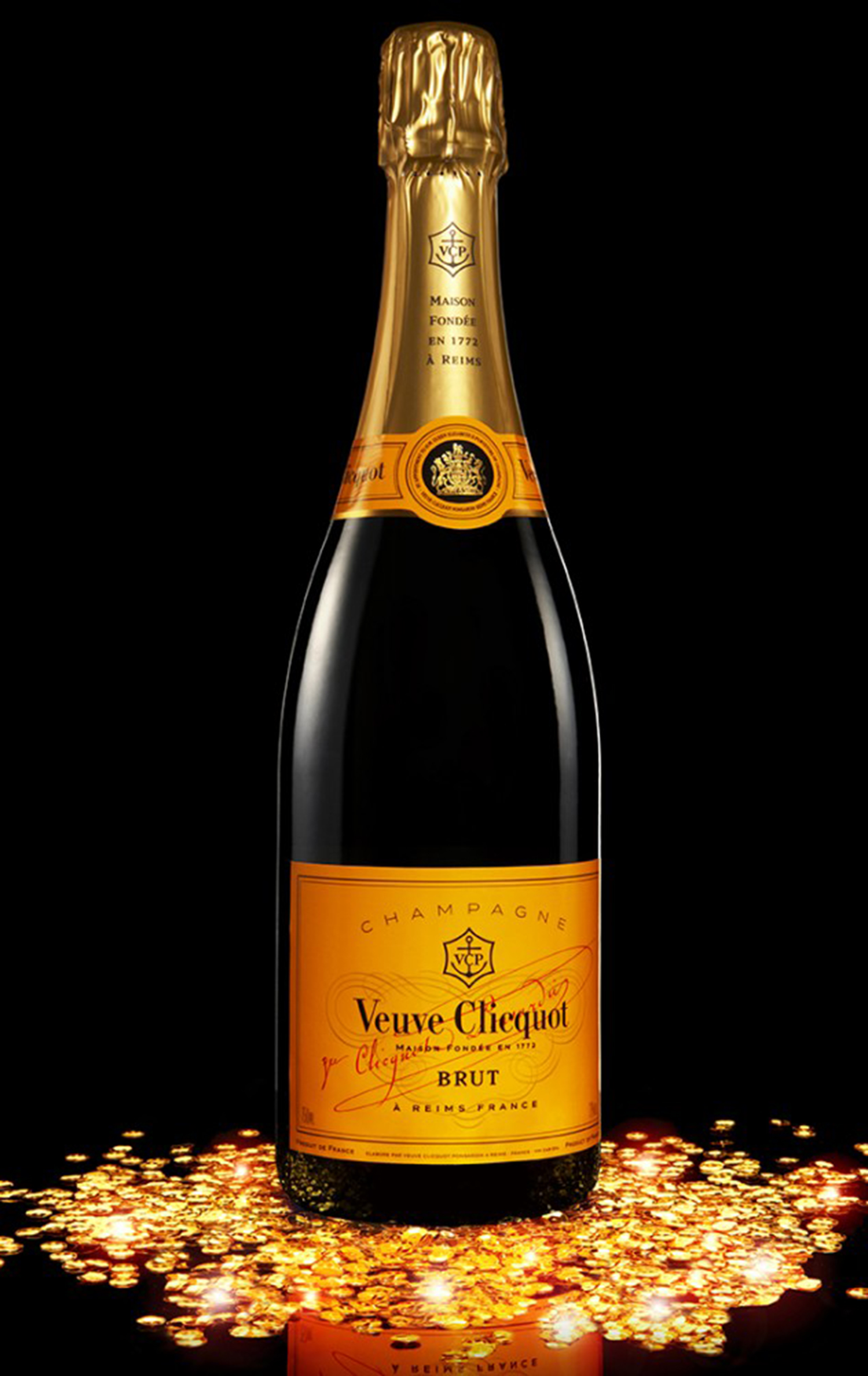 This Champagne house has a number of impressive achievements under its belt - but one particularly well-noted one is its status as the first Champagne house to be run by a woman: Madame Clicquot. The house’s other firsts include its reputation as the first house to produce rosé Champagne and the founder of so-called “modern” Champagne. 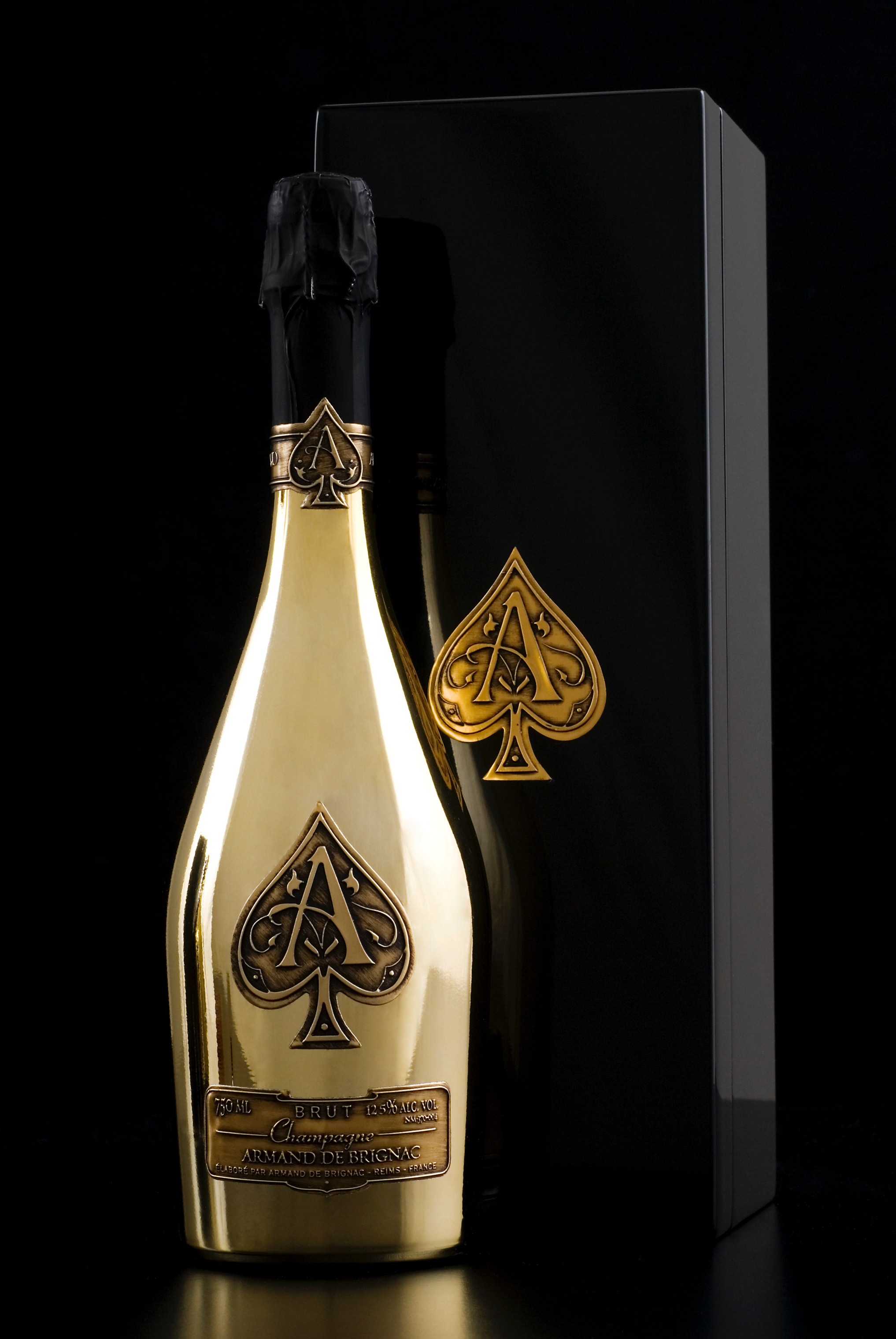 This historic Champagne house, first begun by the Cattier family, so impressed A-lister Jay Z that he acquired the brand in 2014. While the official name is Armand de Brignac, its logo has spawned the nickname “Ace of Spades”. Well, you know what they say: Champagne brands by any other name... 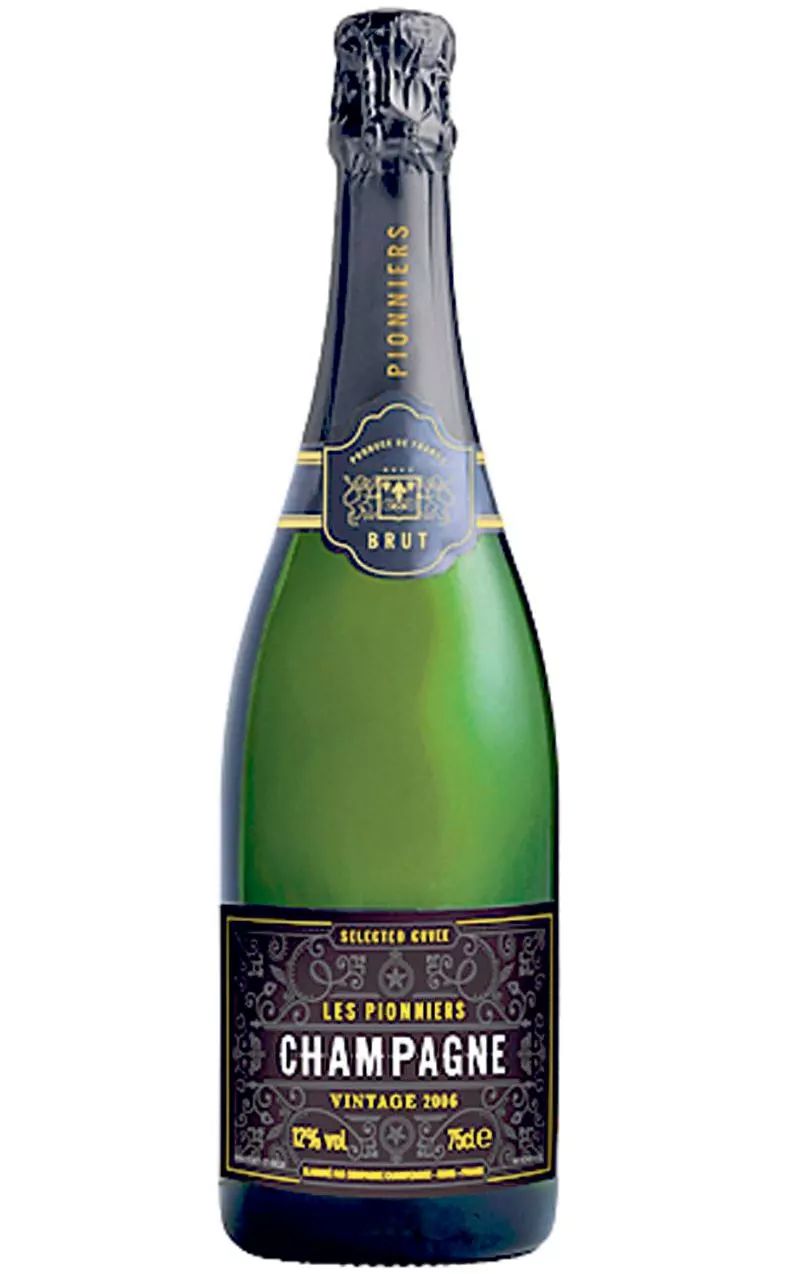 Proving that sometimes the greatest treasures can be found in the most surprising places, Les Pionniers is the Champagne label owned by The Co-Operative Food Company. That needn’t concern Champagne snobs though; it still came out as the number one choice in a blind taste test conducted by Which? and undertaken by five experts. 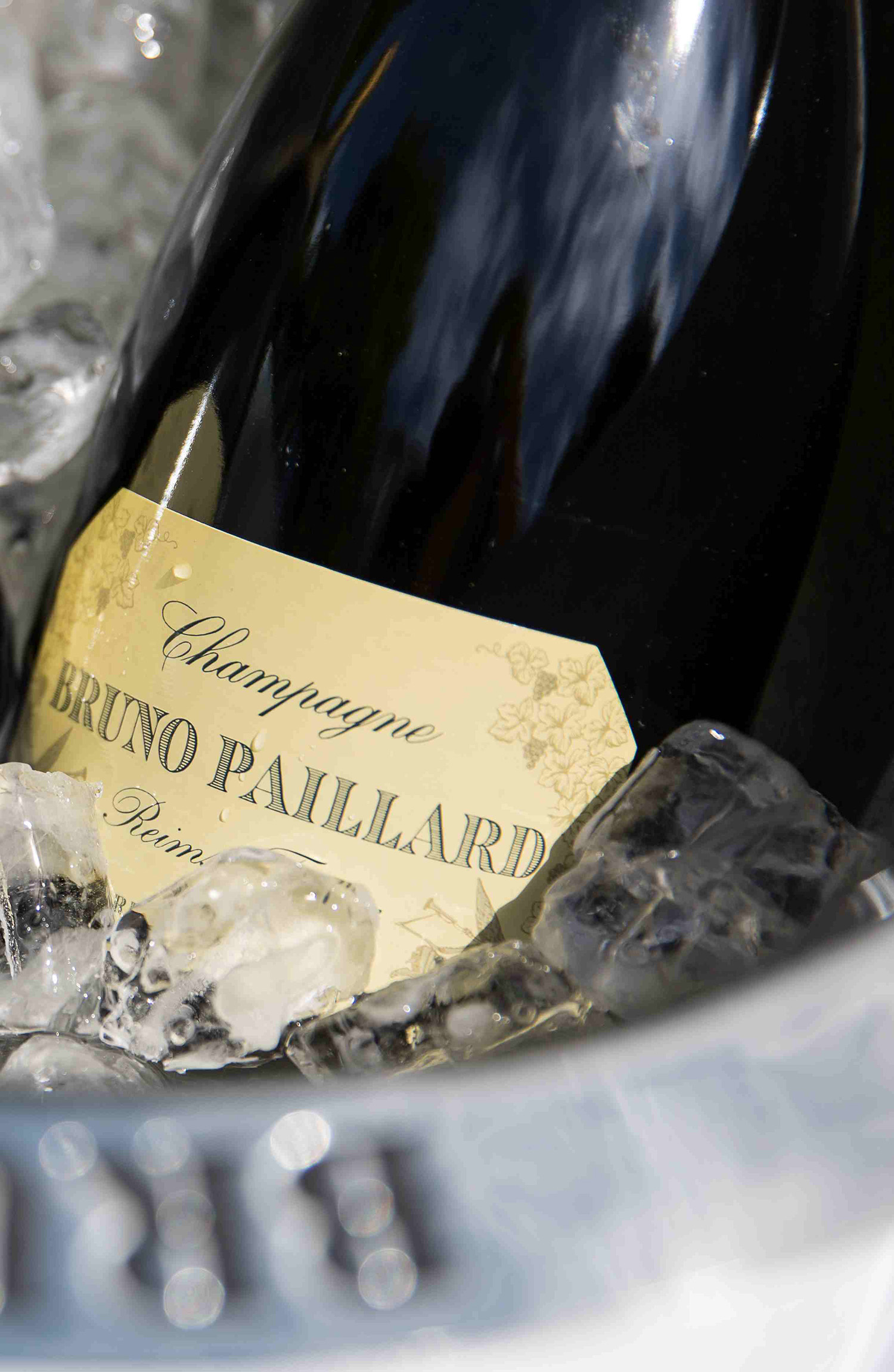 Champagne was a family affair for Bruno Paillard, who was born into a family of connoisseurs. His eponymous Champagne house was born in 1981, and has quickly garnered a reputation for elegant and authentic wines. As one of the youngest prestige houses, it’s been marked out as the one to watch in the food industry. 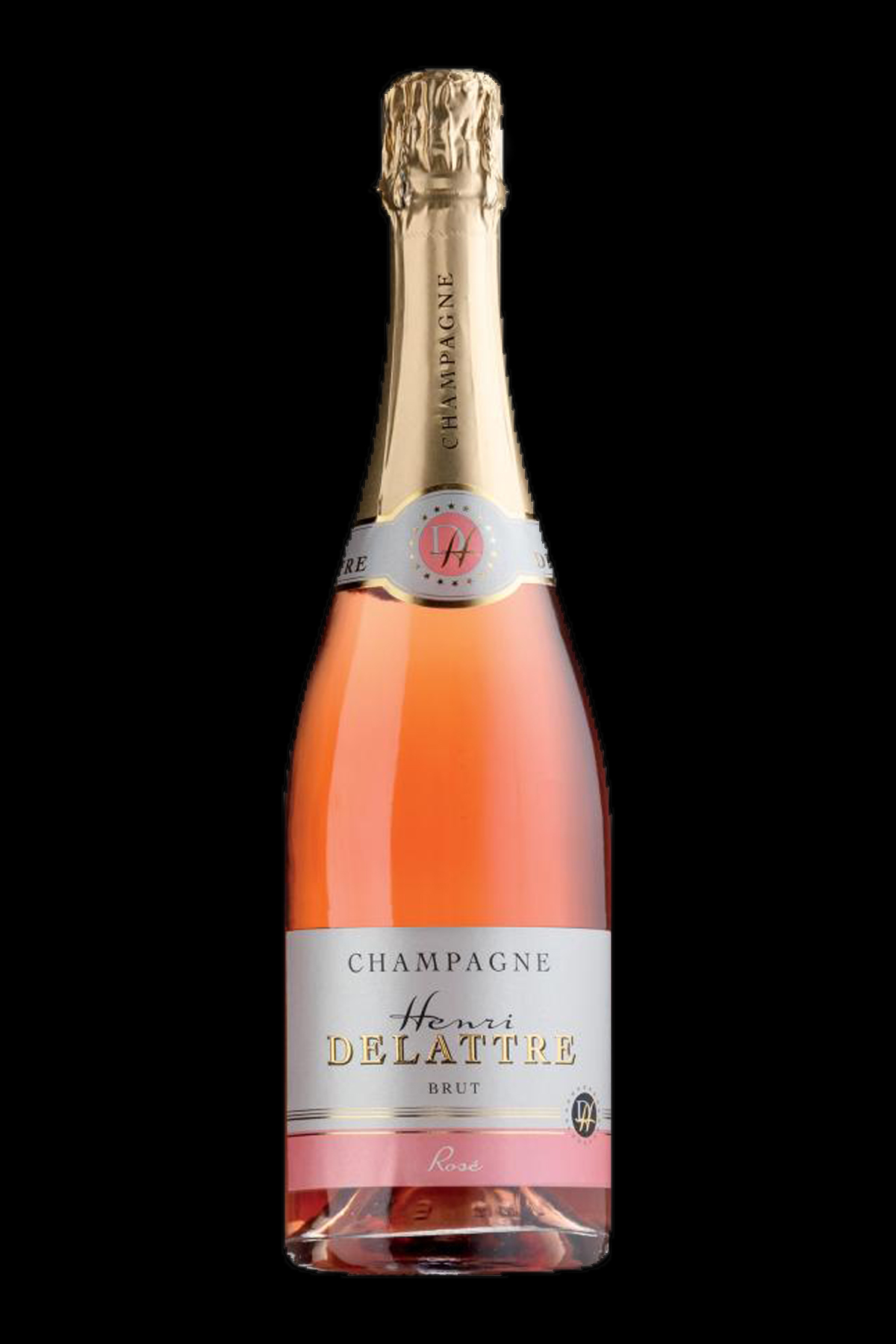 Because of its astonishingly low price tag, many first-time buyers are wary of the quality of Henri Delattre Champagne. Second- (and third-, and fourth-) time buyers, however, already know that the taste far outweighs the tag. This Champagne brands’ wines are known for their fresh, sweet flavors and easy drinking. 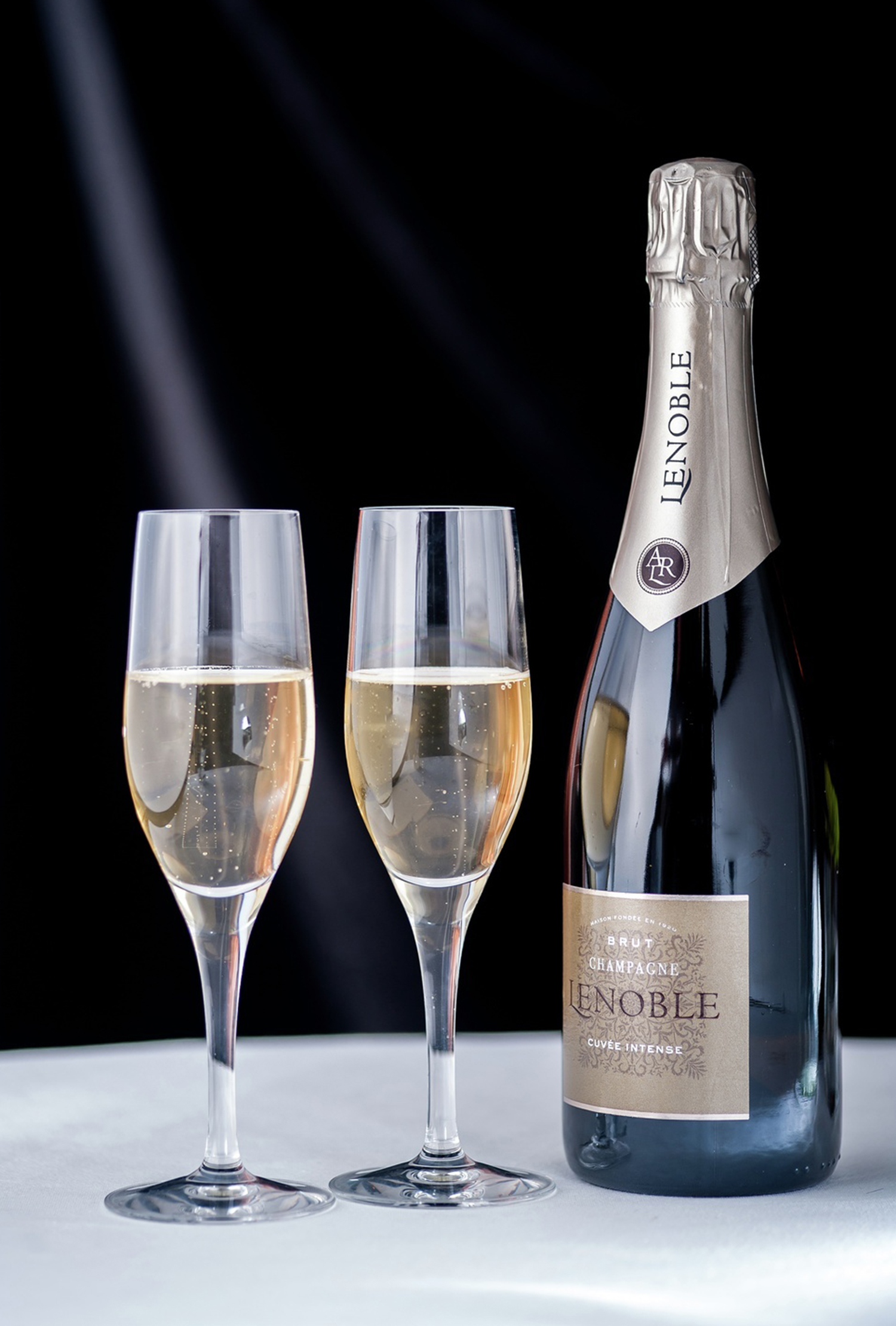 AR Lenoble is the perfect choice when you want to impress your guests with something a little different. Touted as 100% independent and 100% family owned, this Champagne house manages to retain its authenticity while competing with big brands on taste and quality. Deliberately low yields, individual fermenting parcels and limited dosage all contribute to AR Lenoble’s excellent reputation. 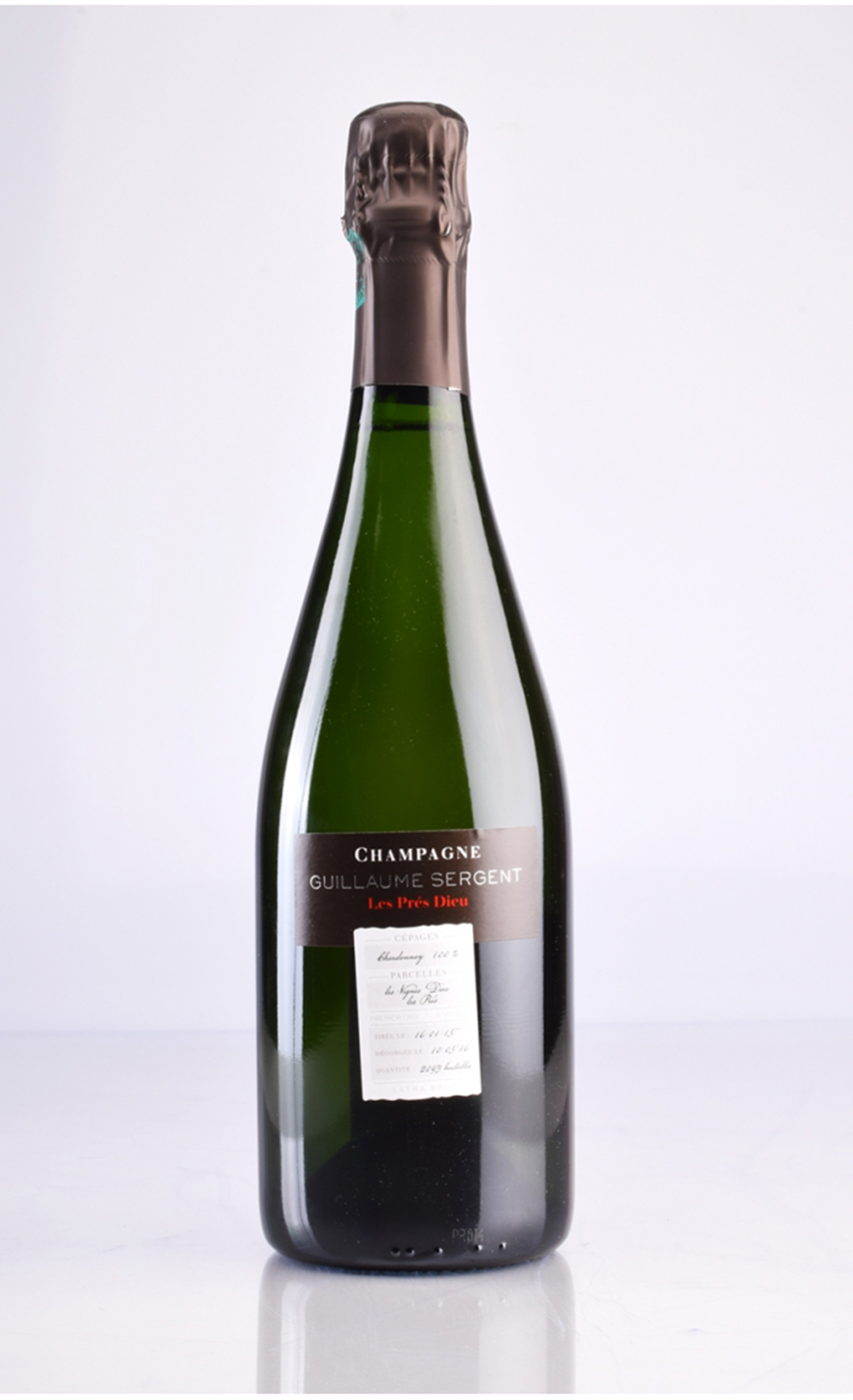 For Guillaume Sergent, wine-making is truly a labor of love. He insists on farming his 1.5 hectares of vines alone in order to give him greater control over his final product. With formal training in oenology and a family history in the industry that dates back to the 1840s, Sergent has made a name for himself as one of the top experts in his field. 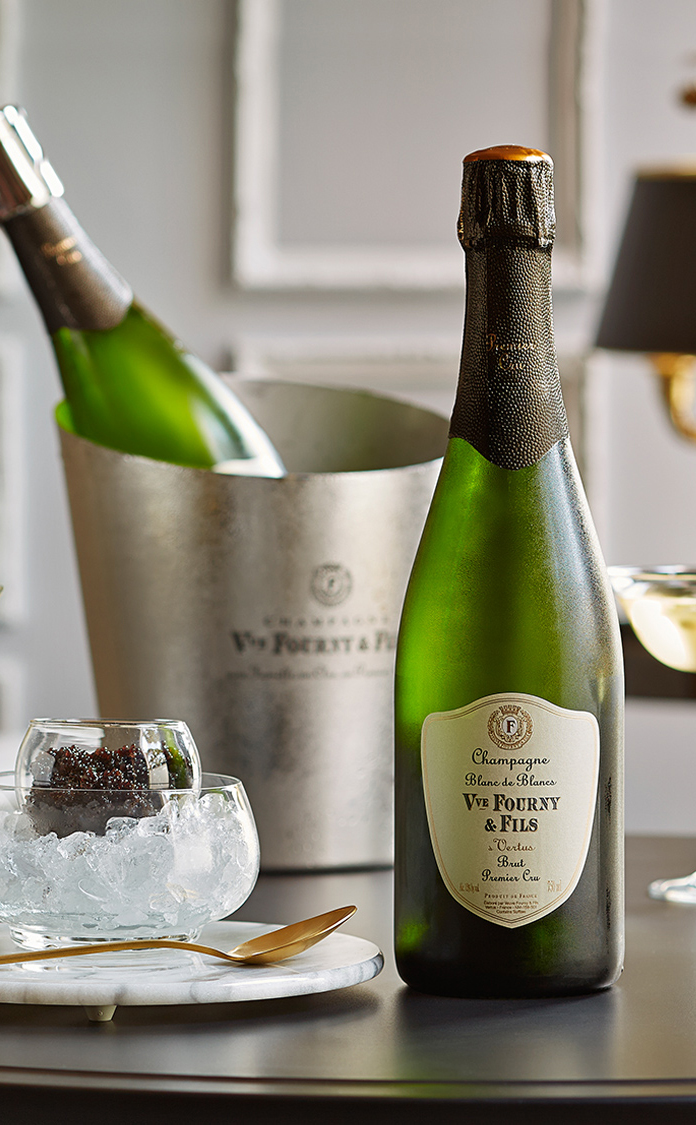 This small grower-producers adheres to a 90% Chardonnay quota, making it stand out from its contemporaries. The house is today run by Madame Fourney and her two sons - the fifth generation of family winemakers - who focus on ensuring low dosage and barrel-aged base wine as the recipe for success. 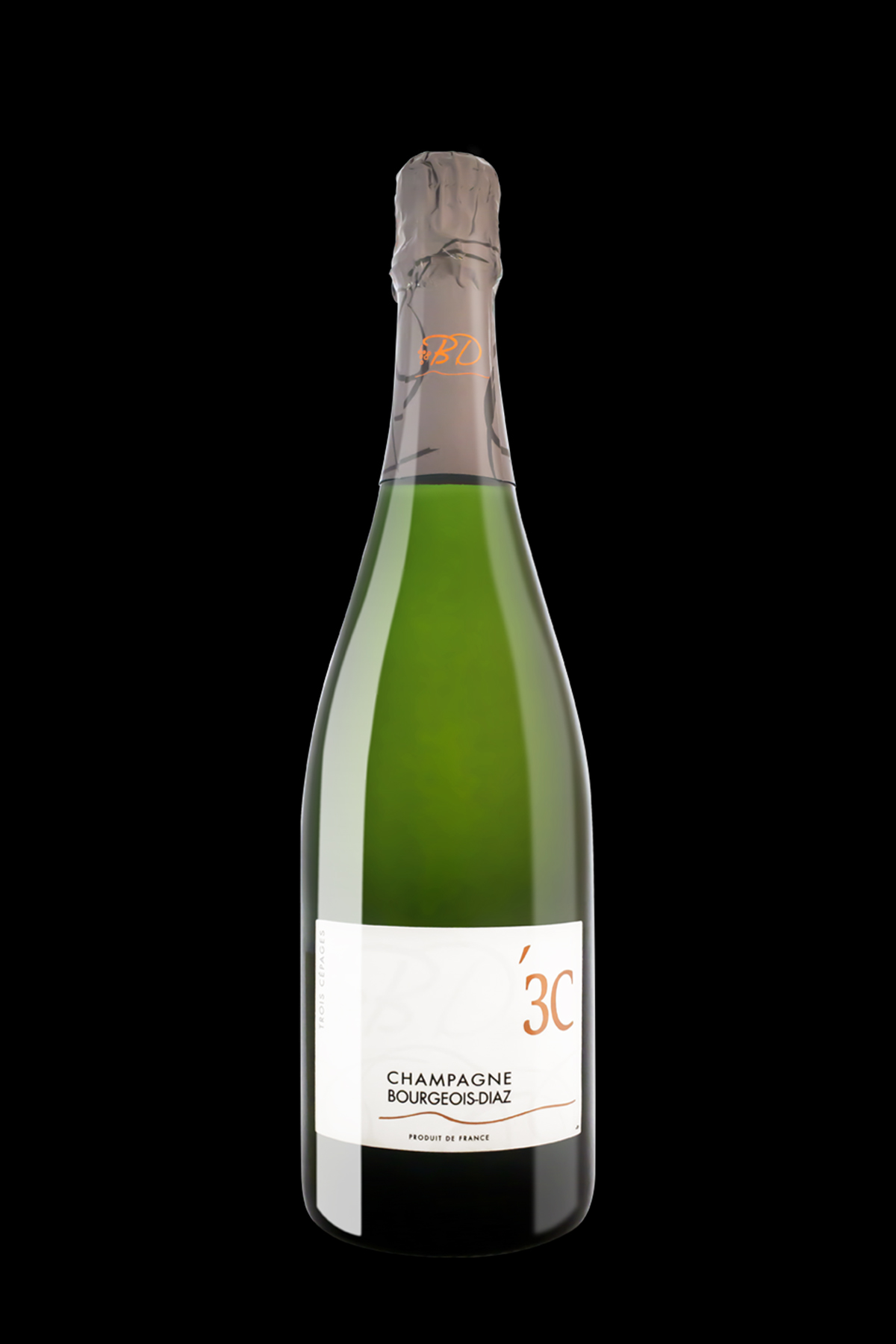 This Champagne house is now headed up by fourth-generation winemaker Jérôme Bourgeois-Diaz, who believes in organic and biodynamic farming practices. His novel use of red clay soils with chalk and limestone sub-soils produces a rich and earthy flavor that makes Bourgeois-Diaz distinct among contemporary Champagne brands.

With so many exciting options on offer, it pays to stray away from the classics every now and then when choosing your Champagne.