New York City might be known as the big apple, but it’s making waves with its grapes too. Home to some of the world’s best Champagne clubs, it’s an essential stop on any wine-lover’s tour of the United States. Whether you’re inspired by Breakfast at Tiffany’s Holly Golightly or the modern day antics of the Cristal crowd, there’s a venue to quench every thirst in the city that never sleeps. 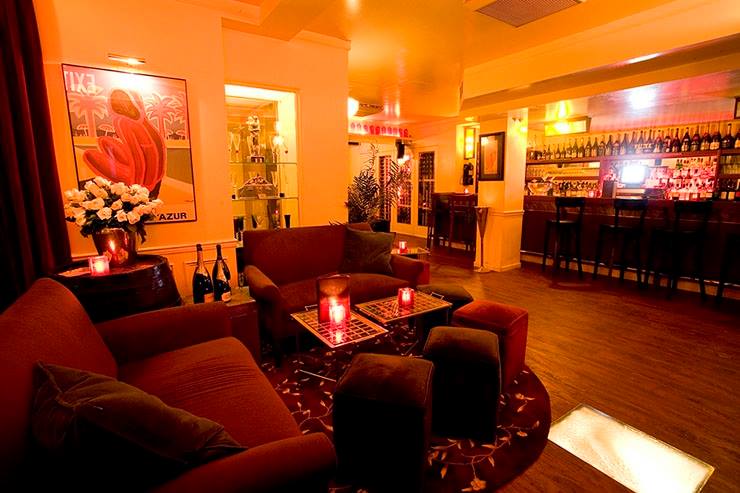 Billed as “French art de vivre meets New York City nightlife”, this Champagne lounge has taken over the site of the notorious speakeasy Club Intime in Midtown Manhattan. Hosting regular music and art events, this venue is as much about bringing together the city’s creatives and creating a unique ambiance as it is serving up great Champagne. 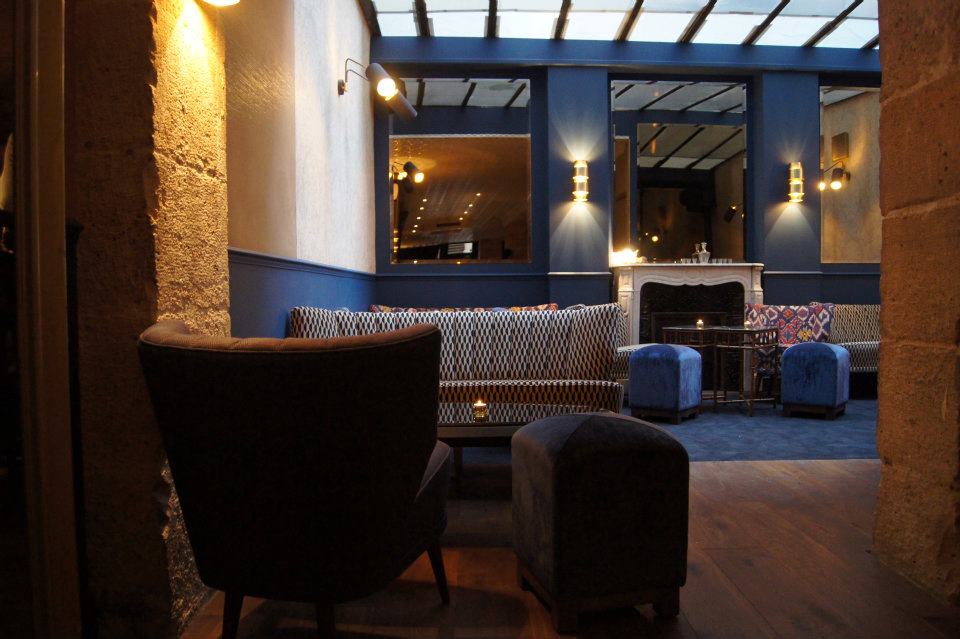 There are European vibes oozing from this elegant wine bar, which was voted New York City’s best wine bar in Village Voice in 2015. Specializing in tall glasses and small plates, La Compagnie des Vins Surnaturels is one of those classy Champagne clubs that’s as enticing on a lazy Sunday afternoon as it is during the early hours of Saturday morning. 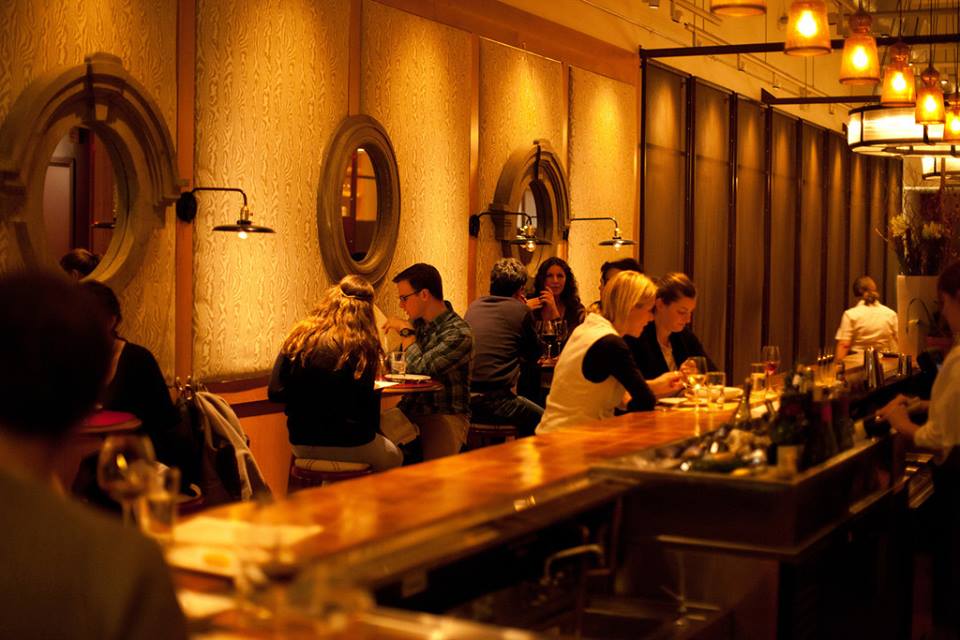 Located in Union Square, Corkbuzz feels like a breath of fresh air in the wine scene. Founded by sommelier Laura Maniec, the studio’s philosophy is all about breaking down the exclusivity surrounding wine and making it more inclusive. Corkbuzz is well-known for its tastings and classes, but it’s also a popular place for New York City’s social set to sit back and relax with a glass of Champagne or sparkling wine. 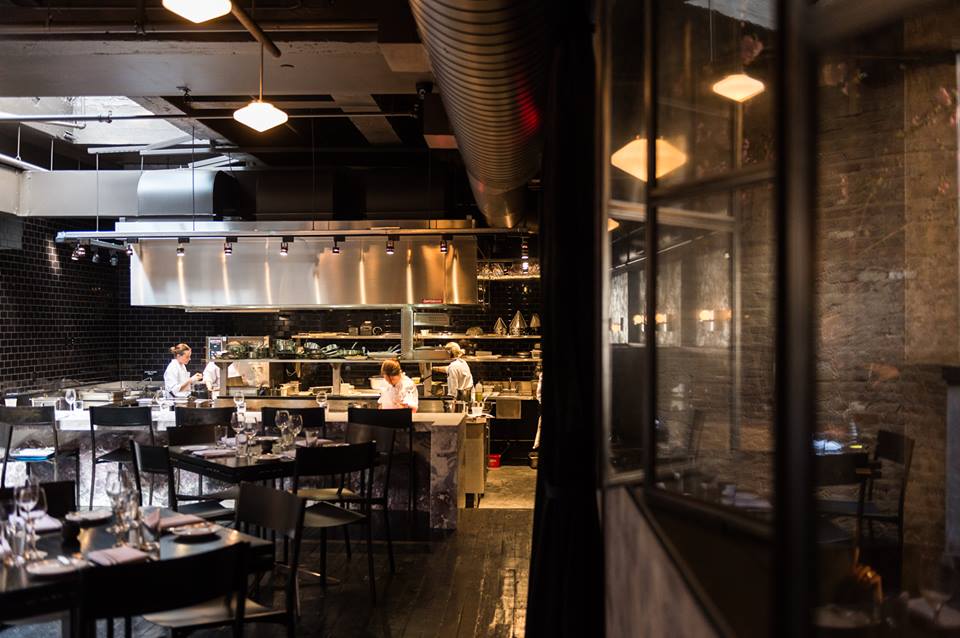 French restaurant Rebelle comes from the founders of Pearl and Ash - a former icon amongst New York City nightlife. This new establishment is as much about its wine list as its food menu, with Champagnes and sparkling wines that compete with the city’s most established bars. Situated in the south of Manhattan in a gentrified area, it attracts NYC’s trendsetters as well as devoted foodies. 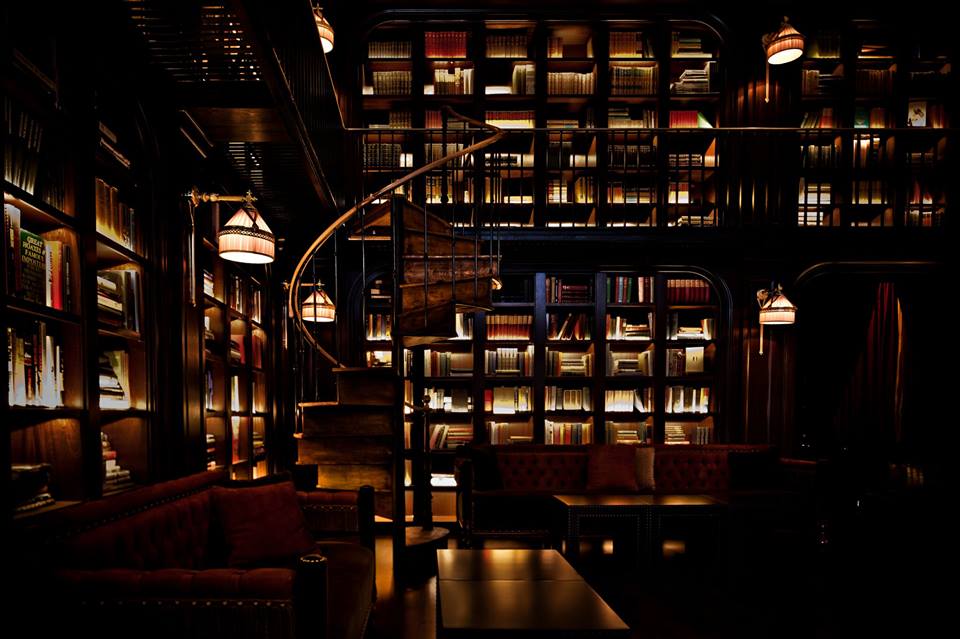 The NoMad hotel - named for its location north of Madison Square Park - has one of New York City’s best Champagne clubs tucked away inside - but you’ll have to be a guest of the hotel to enter after 4pm. The Library is known for its elegant décor, and the walls lined with books available to read. The perfect place to waste away an afternoon, the bar serves Champagne as well as cocktails.

The Champagne Bar, The Plaza 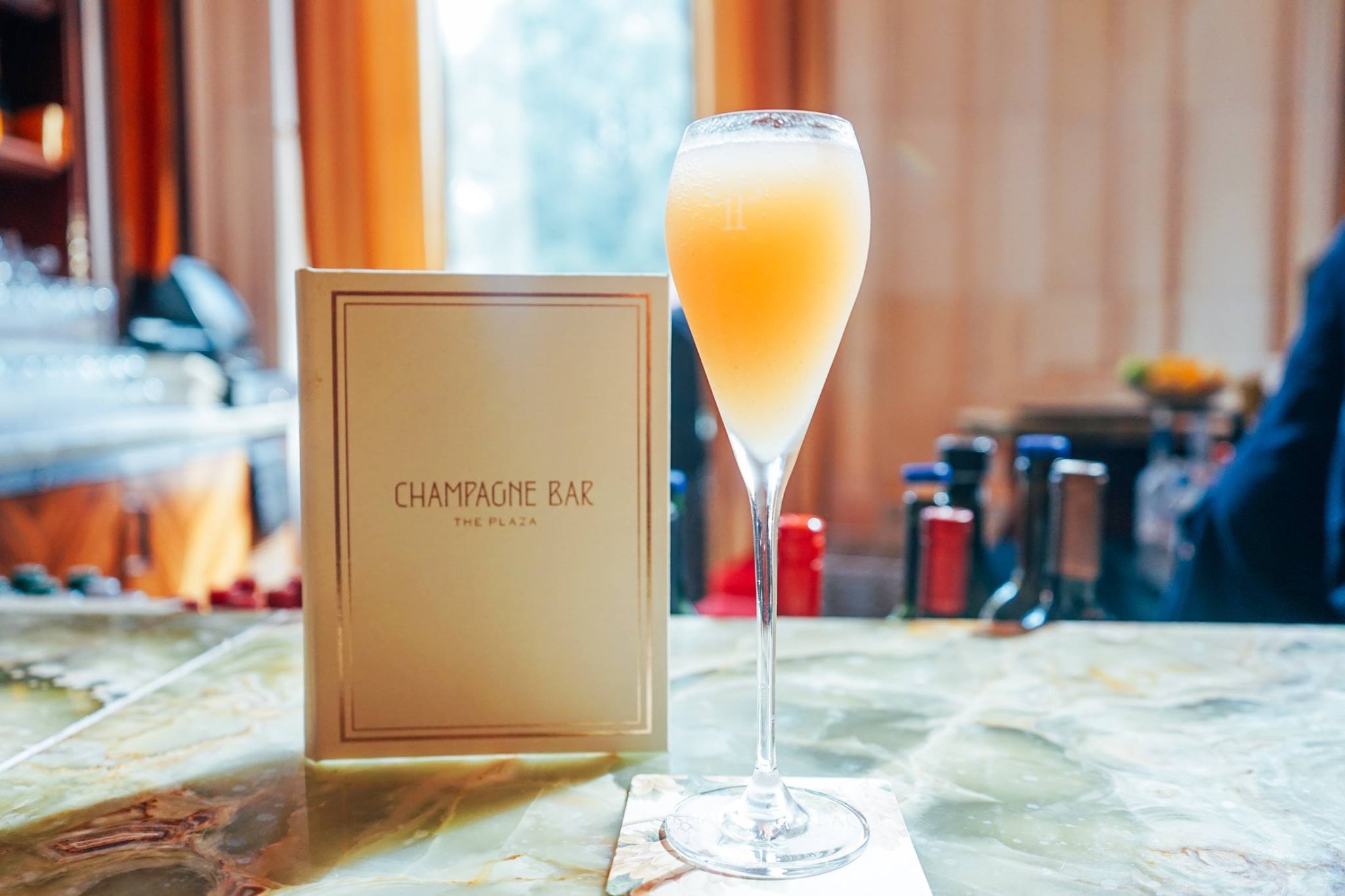 For a classically elegant New York experience, you have to include a visit to The Plaza. The historic hotel is an icon of the city, and attracts tourists from all over the world as well as some of the city’s most elite guests. Enjoy the view from the hotel’s famous Champagne Bar and order a side of caviar or oysters for a truly opulent experience. Whether you visit for breakfast or supper (the bar opens at 7am and stays open until 11pm) you’re guaranteed a memorable evening in this spectacular location.

The Rose Club, The Plaza 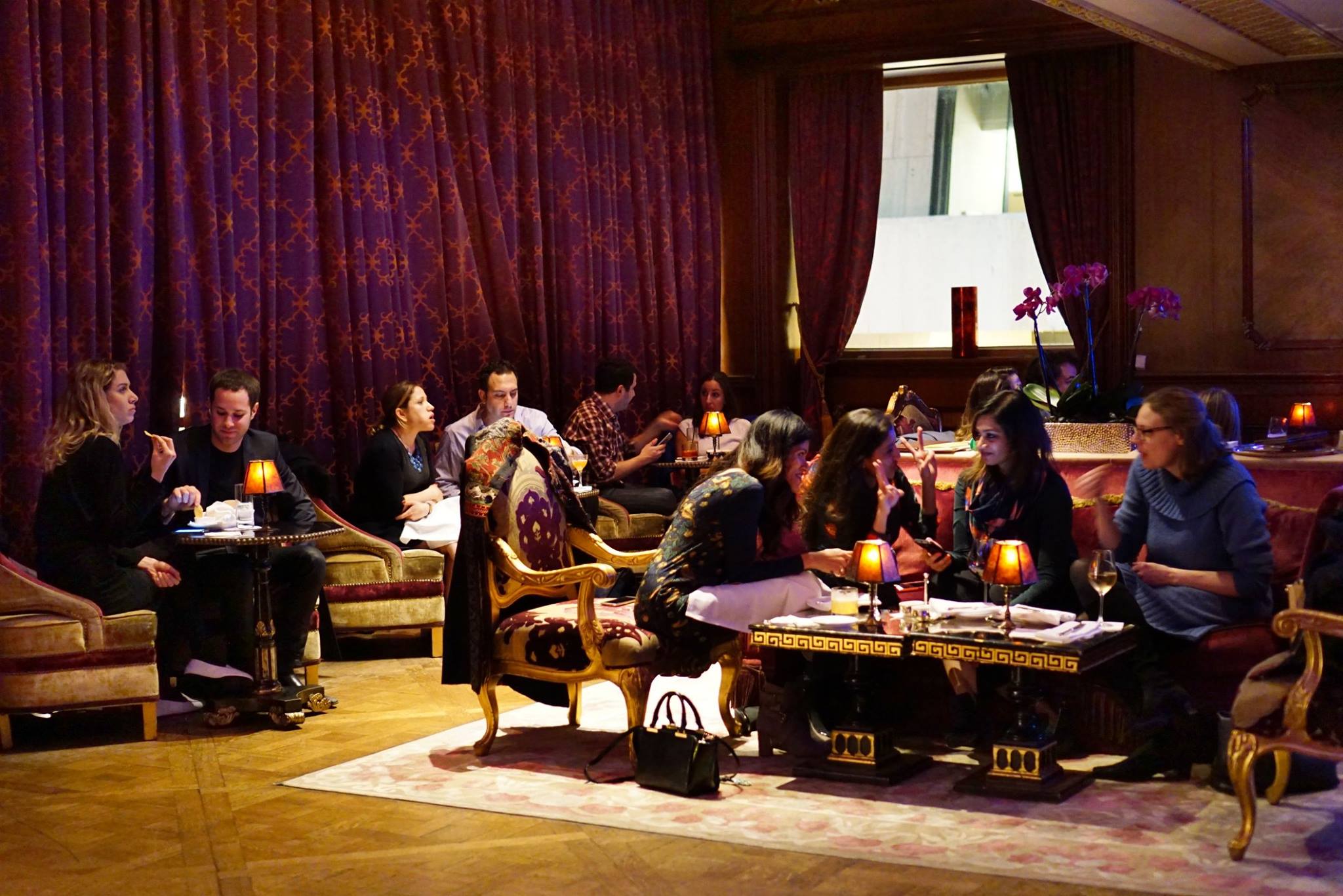 Another of The Plaza’s exclusive on-site venues is The Rose Club, a jazz club that has played host to the likes of Liza Minnelli and other music-industry legends. There’s an impressive selection of Champagne brands and sparkling wines on offer as well as custom cocktails, all served in an elegant lounge to the sound of live music. 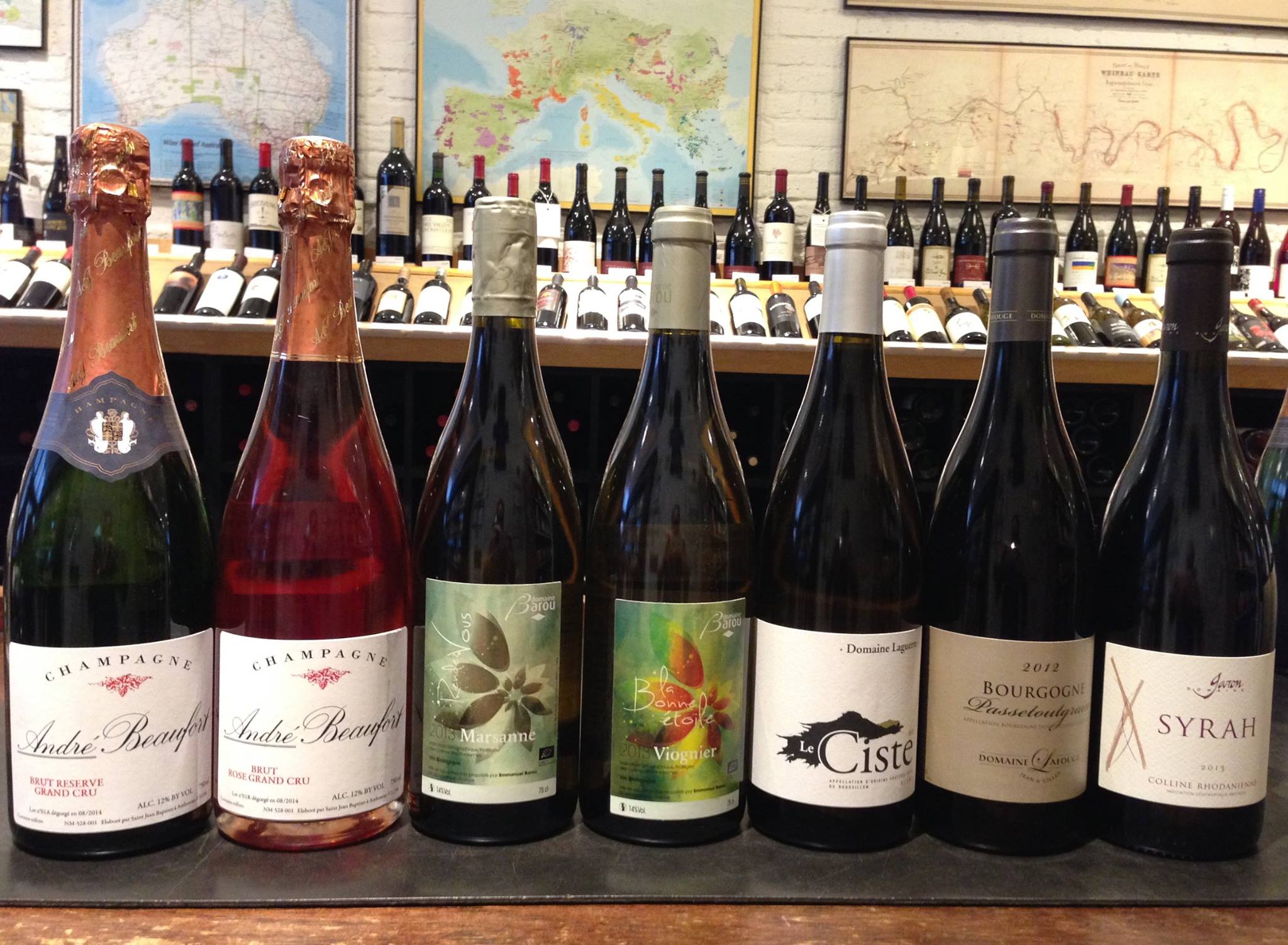 Chambers Street Wines is the place to go if you take your wine seriously. While this is a shop rather than a bar, it hosts many regular events including tasting and talks from industry experts, and is a favoured venue amongst professional sommeliers as well as hobbyists. With something happening almost every night and knowledgeable staff on hand to talk you through the available selection, it’s definitely worth checking out for wine enthusiasts visiting the city. 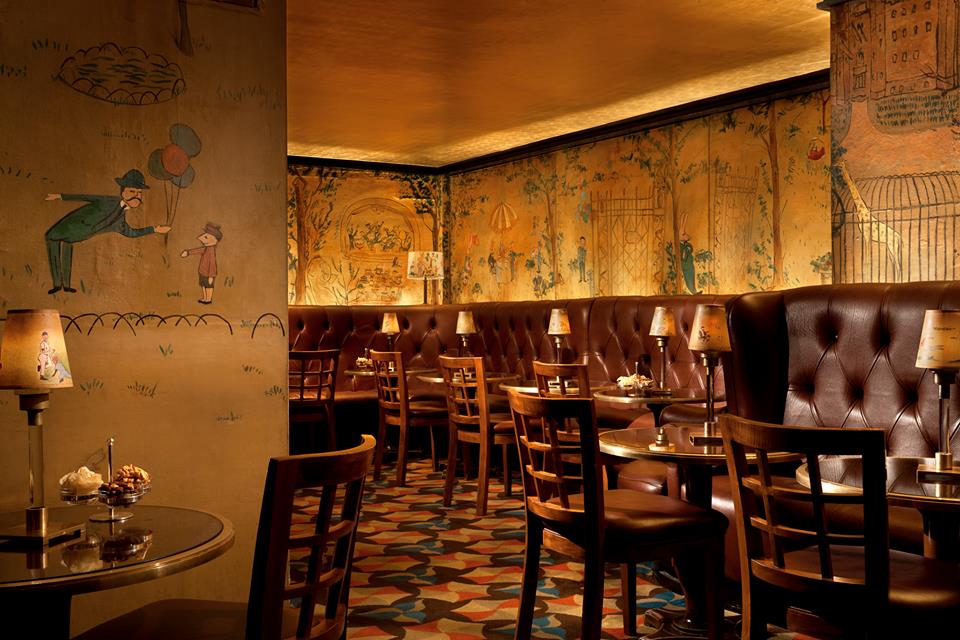 The hotel bar at The Carlyle in NYC is named for the famous children’s book author Ludwig Bemelmans, who created the charming Central Park murals that still adorn the walls. Paired with black granite surfaces and a 24-karat gold leaf ceiling, this mural makes for one of the most spectacular-looking venues in the city, and is the perfect place to impress guests while enjoying a glass of Champagne. 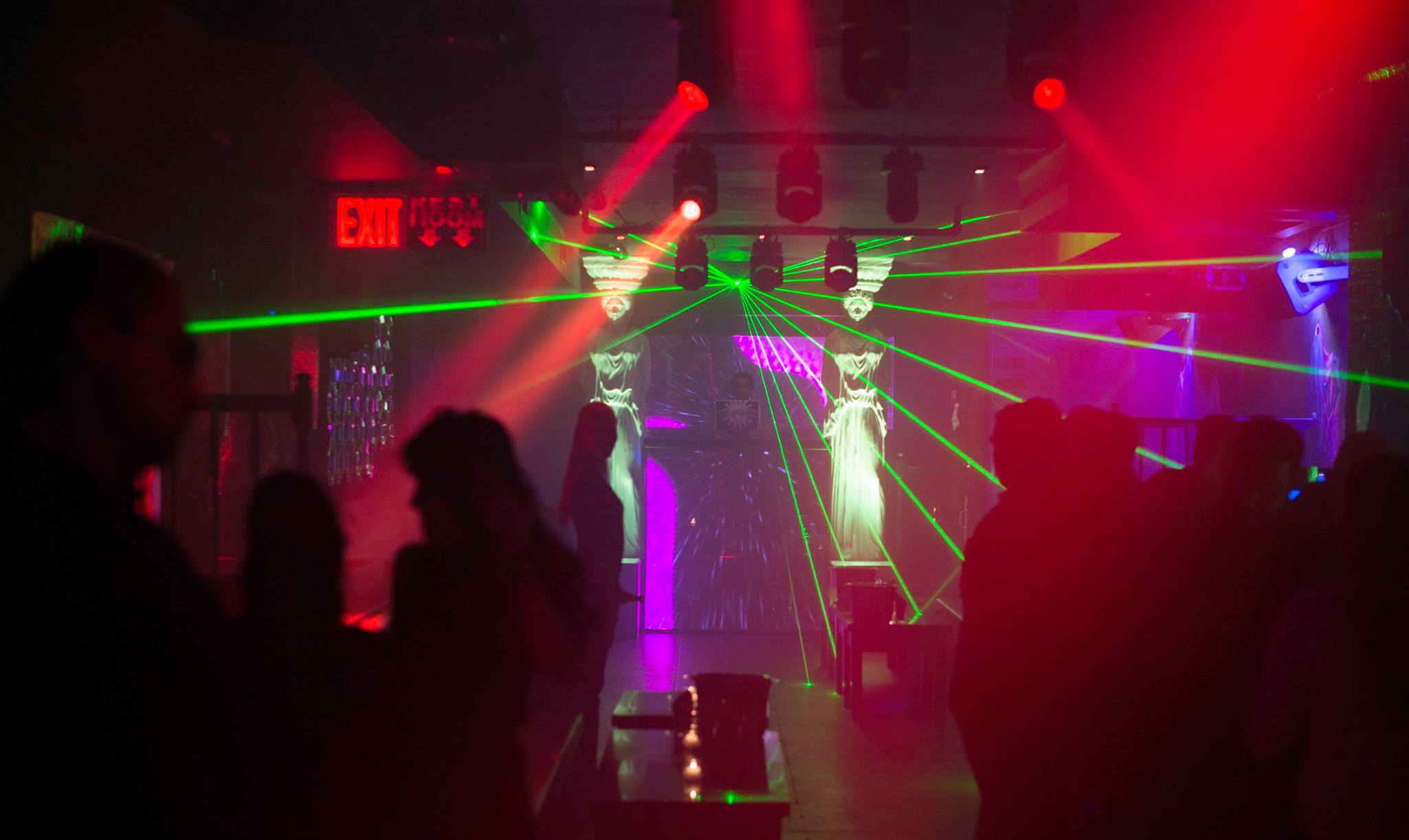 Those who like their atmosphere a little more lively might like a visit to Babylon NYC, a 21 and over bar, restaurant and lounge known for its live performances, hookah pipes and popular DJs. This venue transitions from relaxed café in the afternoon to one of the city’s most popular clubs, which is open until the early hours. Sample small plates of Middle Eastern dishes alongside a glass of Champagne, or order a bottle and settle in for the night. 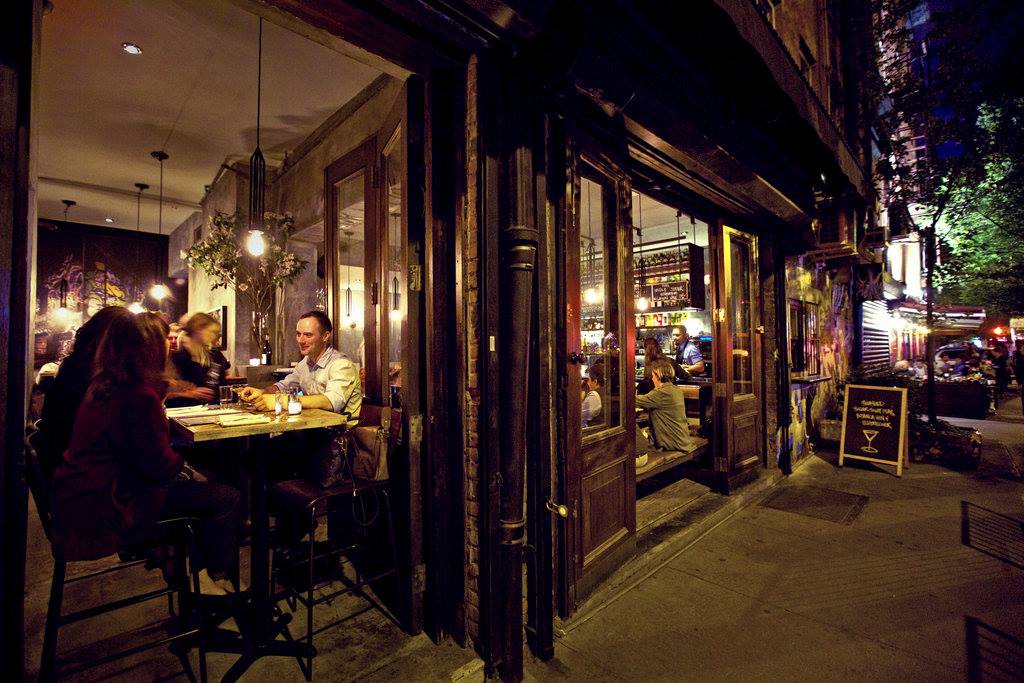 A participant in New York Champagne Week 2016, modern Australian restaurant Flinders Lane is making a name for itself amongst those in the wine world as one of the city’s premium Champagne clubs. Chefs and sommeliers head to the East Village venue for the delicious food and quality wine list, which includes a selection of Champagnes and sparkling wines. 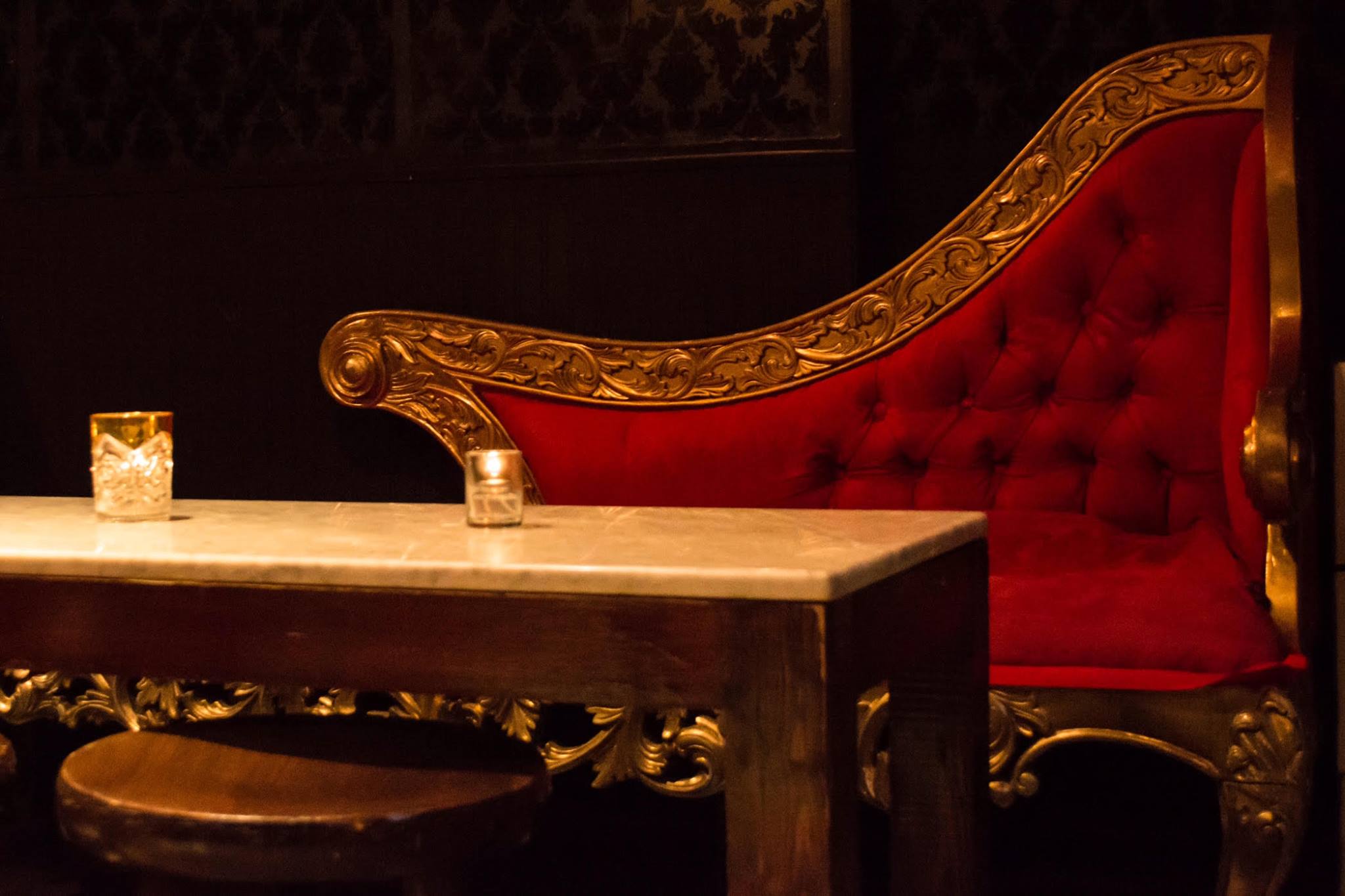 This underground wine bar has made Champagne its specialty - alongside its popular pairings of oysters and cheese. The name has an interesting backstory: the widow of famous winemaker François Clicquot took over his business after he died, and developed the method for removing dead yeast from Champagne known as riddling. This Greenwich Village cellar bar consistently updates its selection to ensure it’s leading the city’s Champagne game. 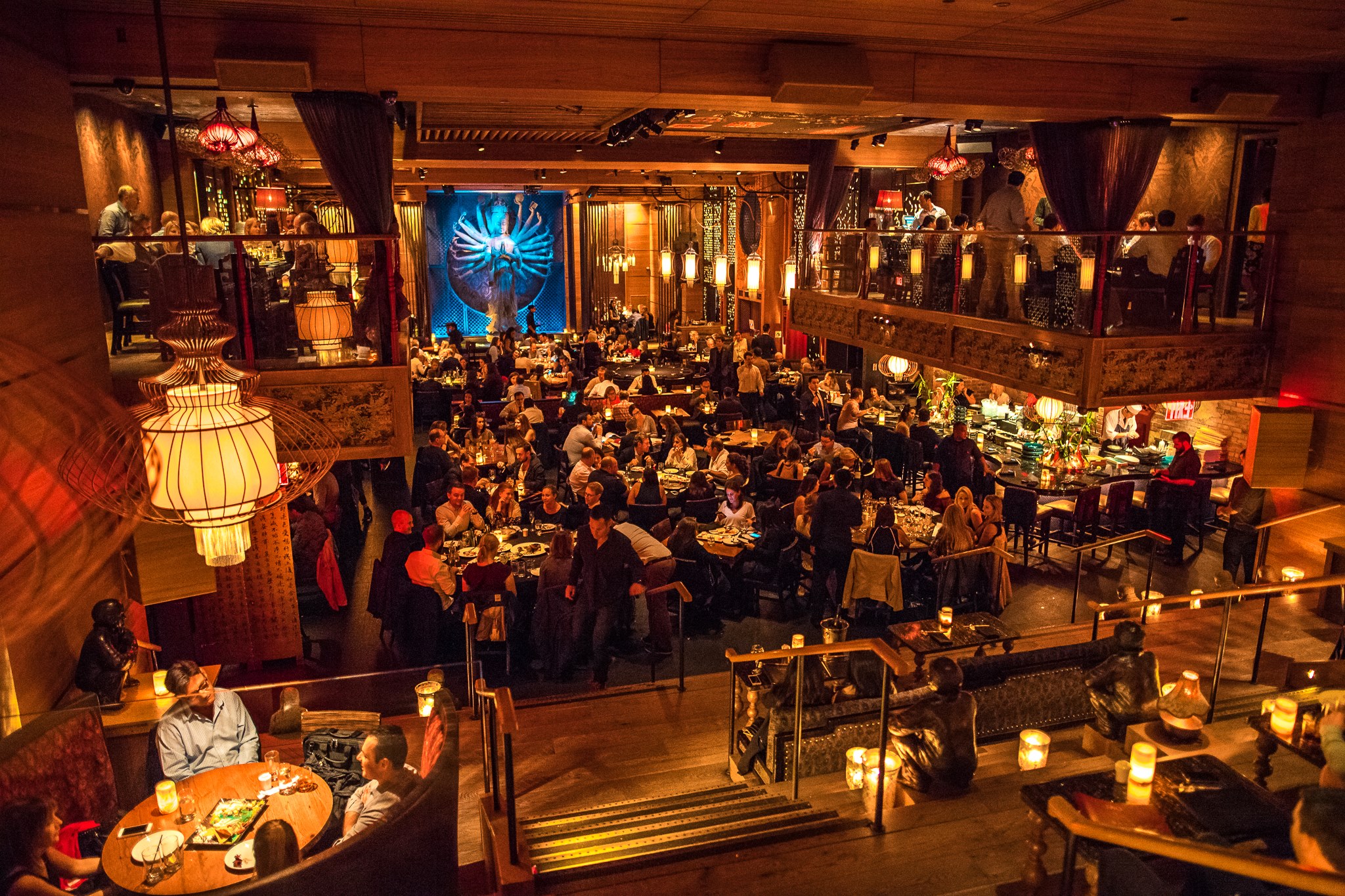 Pan-Asian restaurant by day, lounge and dance club by night, TAO Downtown is well-known among the socialites of New York City. While a little ostentatious for some tastes, this venue is the place to go for a night to be remembered, with its frequent celebrity guests and extravagant menu that lists more than 140 items. The wine list favours famous Champagne brands, which are also available on bottle service at the nightclub. 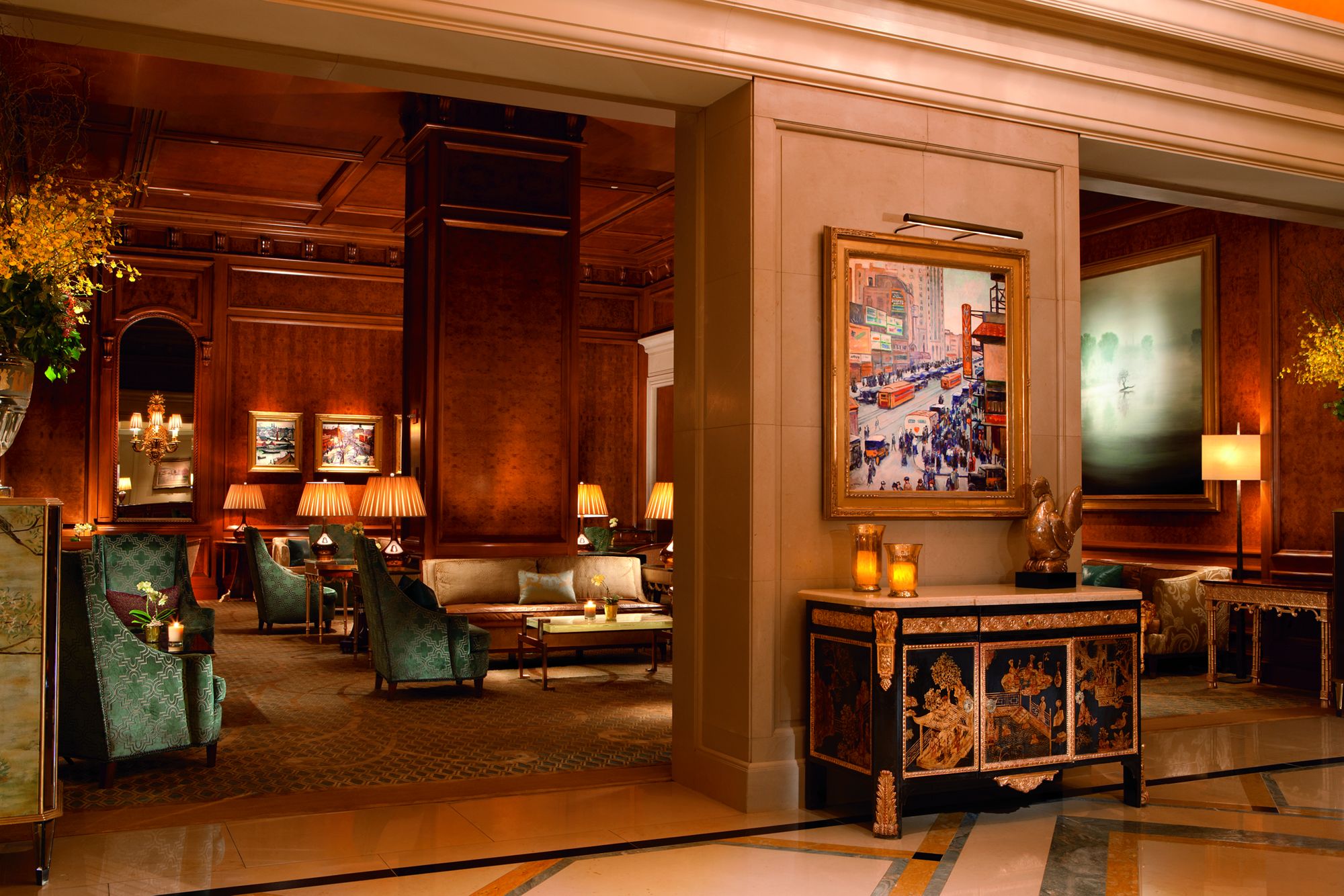 A pop-culture icon, The Ritz needs no explanation. One of the highlights of the New York venue is the Star Lounge, which offers a view of Central Park. NYC local and acclaimed bartender Norman Bukofzer is behind the drinks menu, which includes Champagnes and sparkling wines as well as an impressive range of signature cocktails. 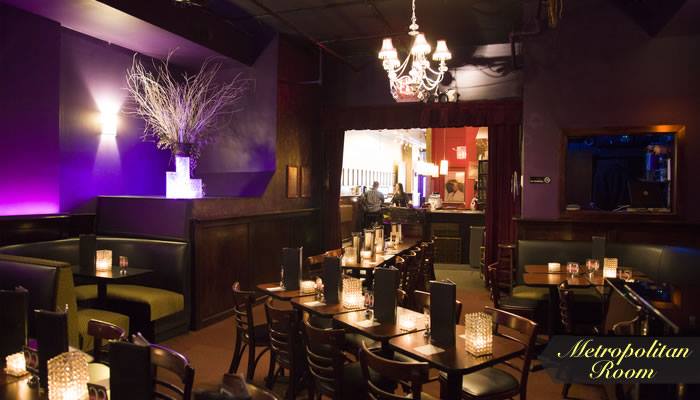 Despite its association with formal affairs, Champagne isn’t all about Michelin-starred restaurants and tinkling pianos. The Metropolitan Room in Manhattan is a jazz cabaret club, voted the city’s best by New York Magazine. Attracting big talent from Broadway as well as the big screen, this is the place to go if you’re looking for an evening of entertainment as well as a fine glass of Champagne. 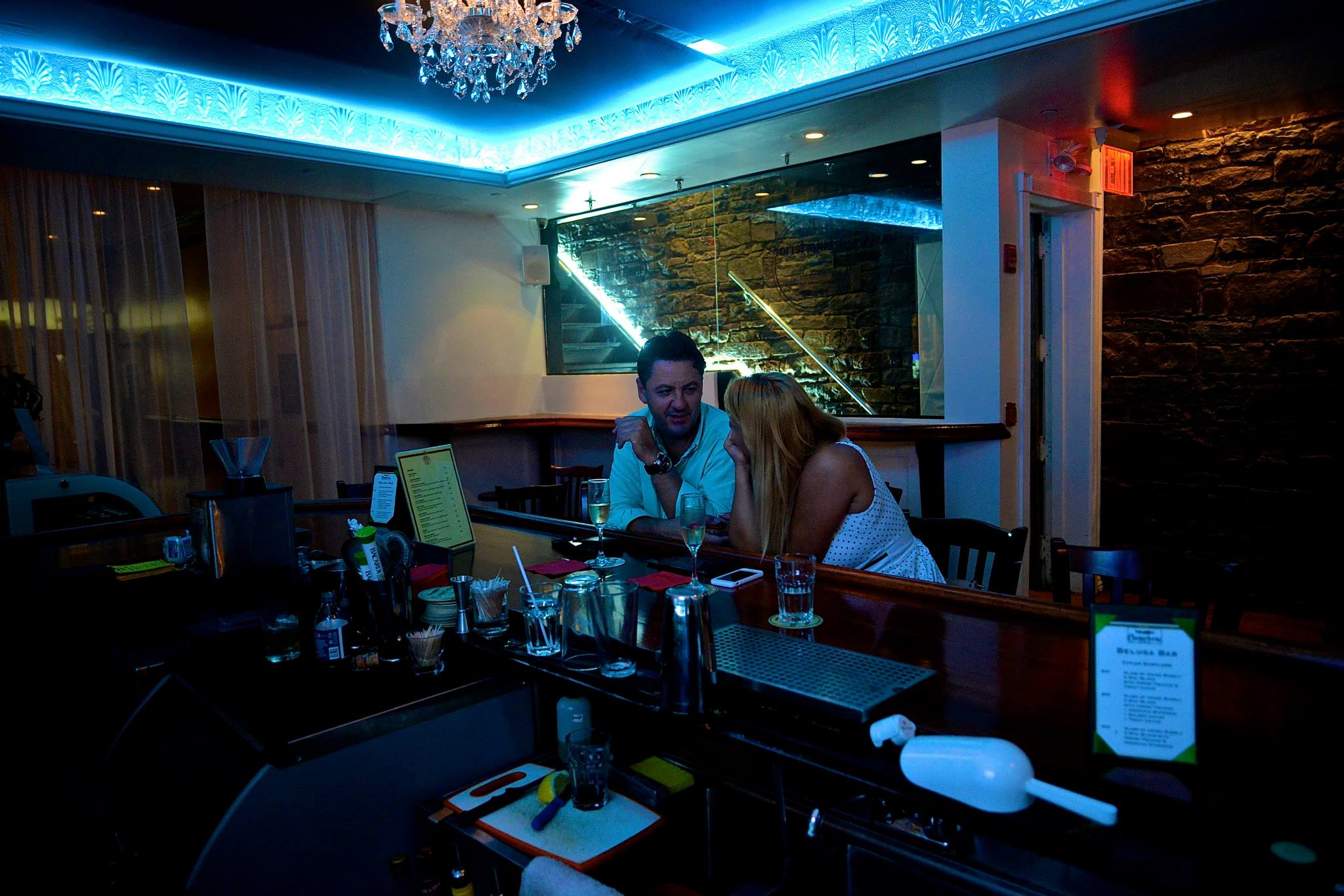 This bar hits the elegance trifecta, specializing in Champagne, jazz and caviar. With a grand piano providing ambiance and a thoroughly modern combination of neon lights over a mahogany bar, this venue has quickly become an NYC nightlife staple. There’s a selection of fish dishes available as well, and the bar’s Champagne cocktails are particularly popular.

Champagne might be known as a drink for the elite, but it seems that New York City’s wide variety of Champagne clubs have something for everyone.