The year might just be getting started, but we’re already excited about the food trends of 2017. An increasingly globalized world means that there are new food influences coming from all over everywhere from Iran to Indonesia, while the ever-growing popularity of Instagram means that aesthetics are almost as important as taste. 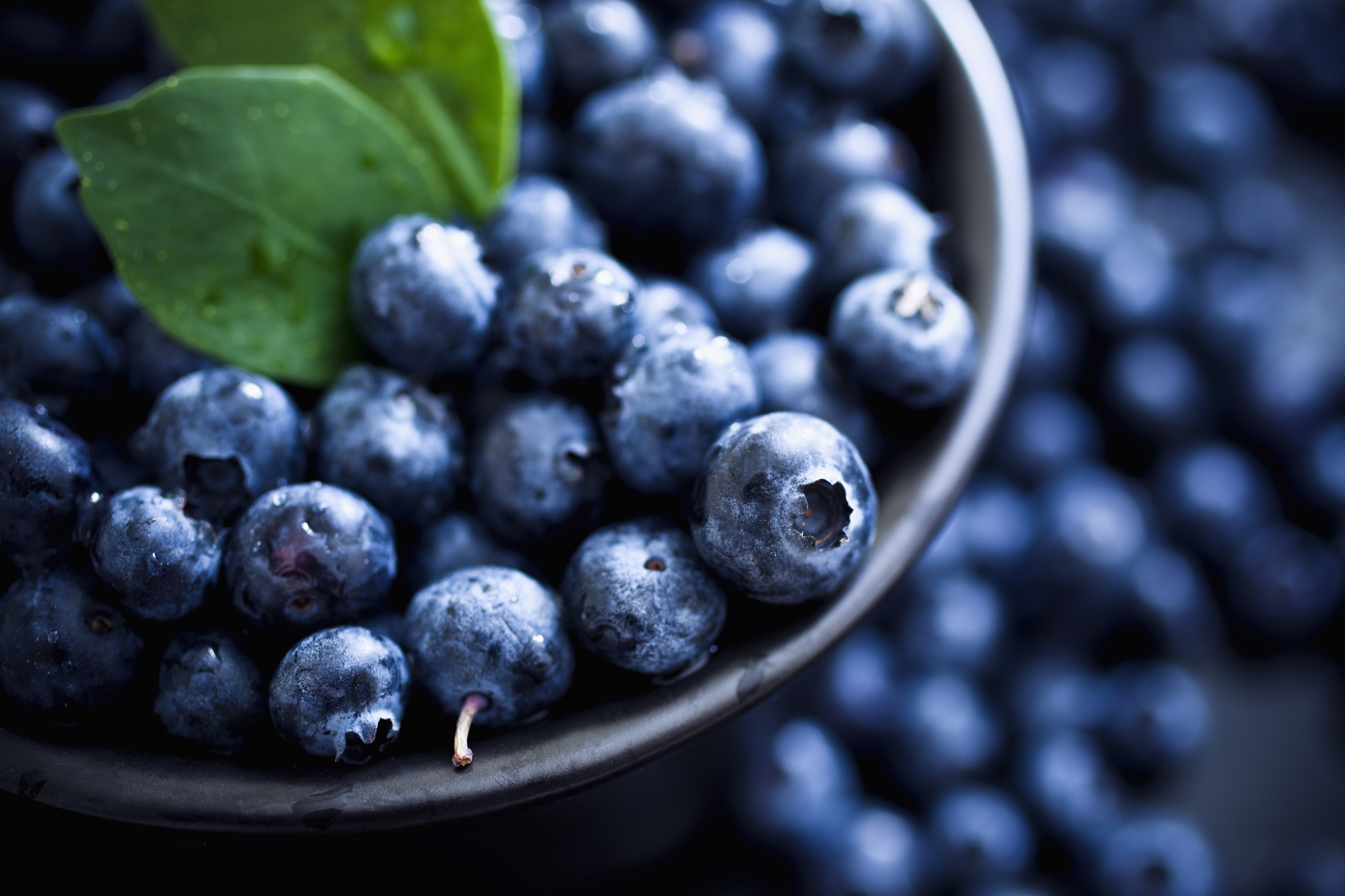 2016 was the year of rainbow food, with rainbow bagels filling up Instagram feeds everywhere. It seems that in 2017, the culinary world has settled on one color with the purple food trend. Popular among the healthy-eating crowd, foods like purple cauliflower, sweet potatoes and asparagus as well as elderberries and acai are said to get their color from anthocyanins, which are antioxidants. 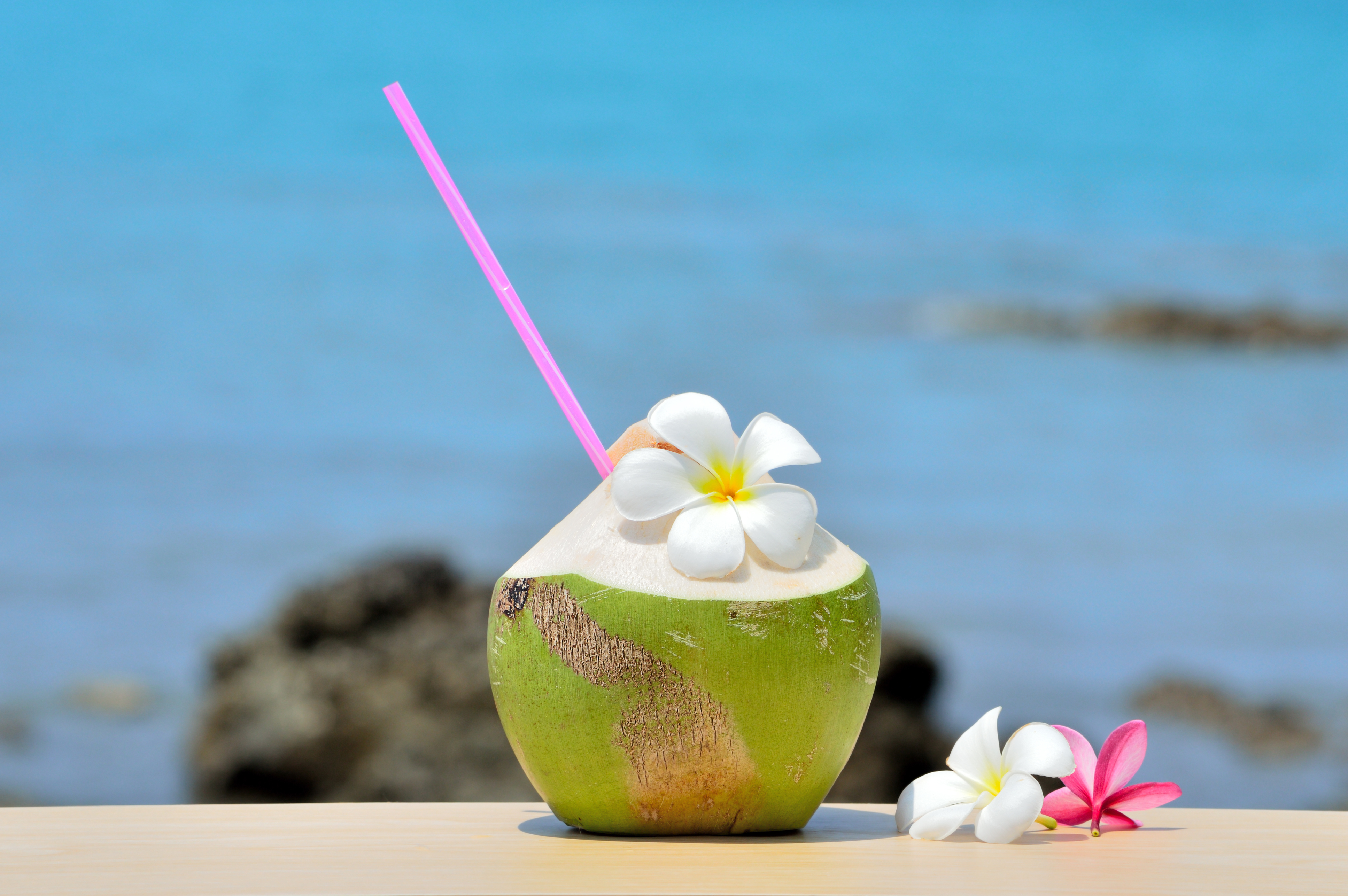 Coconut water has been a strong favorite on the food market over the past couple of years, but in 2017 the coconut trend looks set to expand. With veganism on the rise, coconut creams, milks and even yogurts are showing up on menus and in recipe books more often. But chefs are also getting creative with dishes such as coconut torte, and even coconut-flavored coffees. 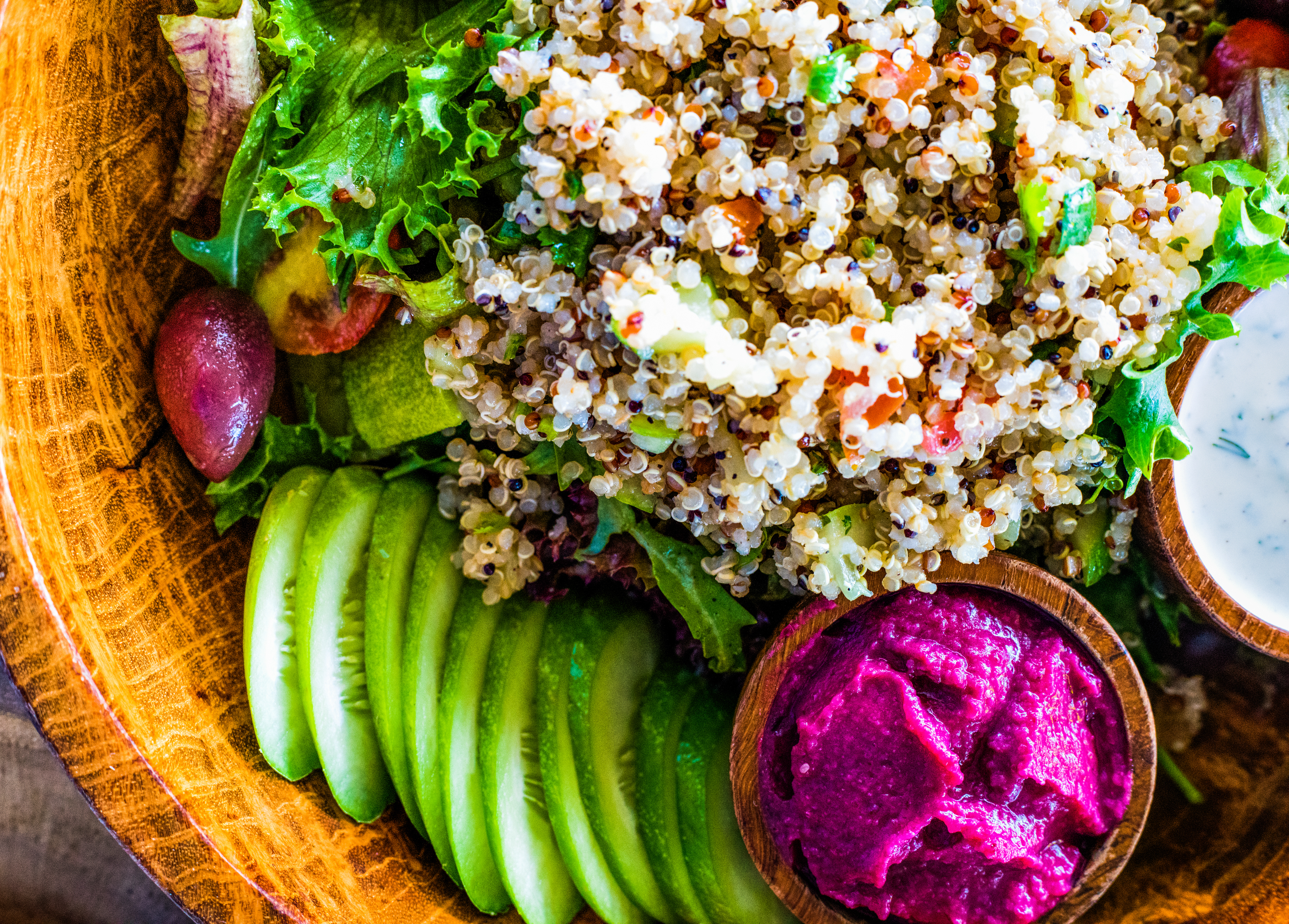 The perfect combination of healthy eating and quick cooking, it’s no surprise that Buddha bowls have taken off in the food trends of 2017 - particularly in the cities full of busy young professionals. The beauty of Buddha bowls is that you can make them completely to your tastes. The important thing is to make sure you include the key components for a balanced diet: grains, veggies, protein and a healthy fat such as avocado. 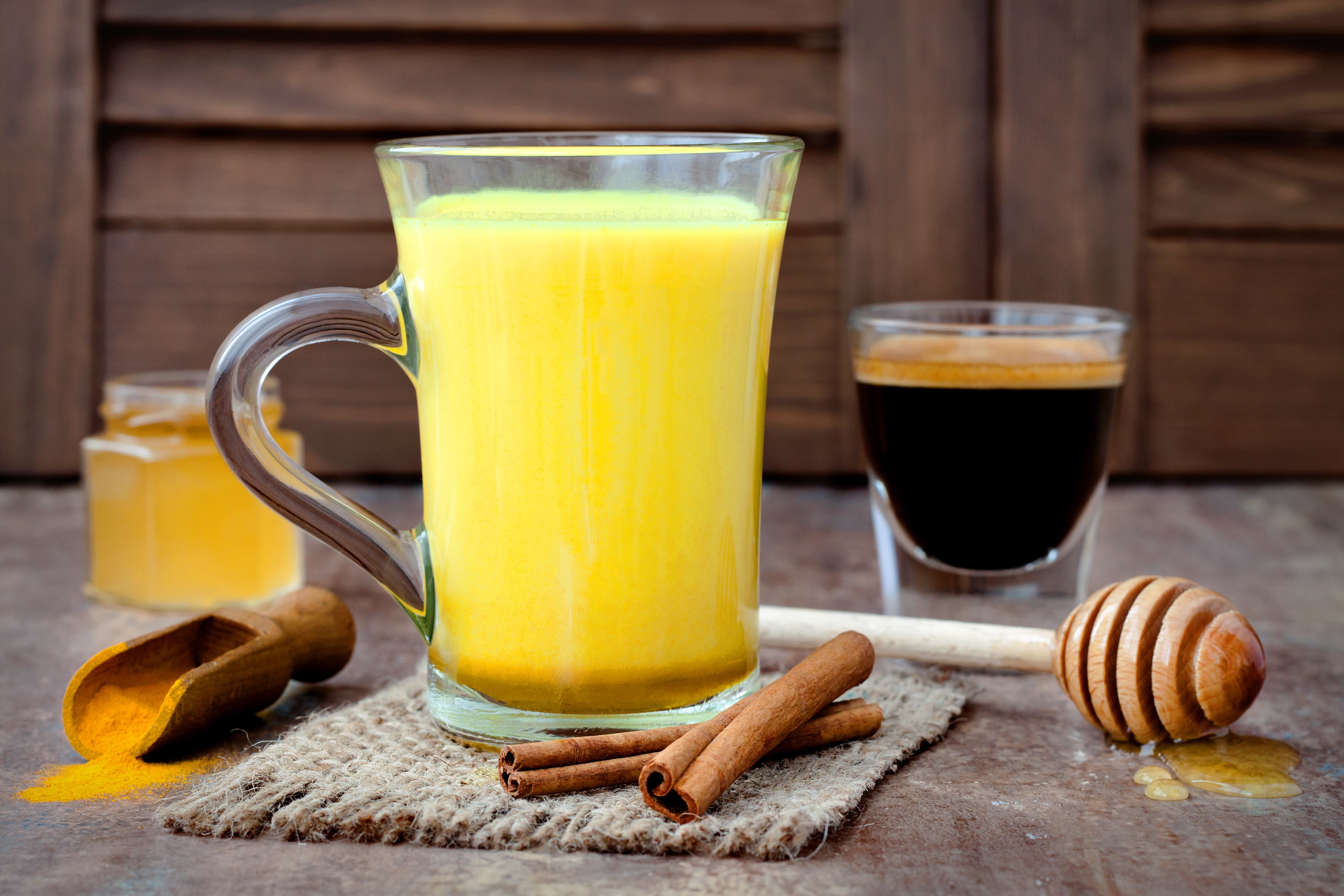 Long a staple of Indian cooking, turmeric is set to take off in all kinds of cuisines this year. It’s often praised by nutritionists for its many health benefits; its central component, curcumin is thought to have anti-inflammatory and antioxidant properties. While it’s always been widely available in ground form in the spices section, its rising popularity means that fresh turmeric root is featuring in kitchens more and more. 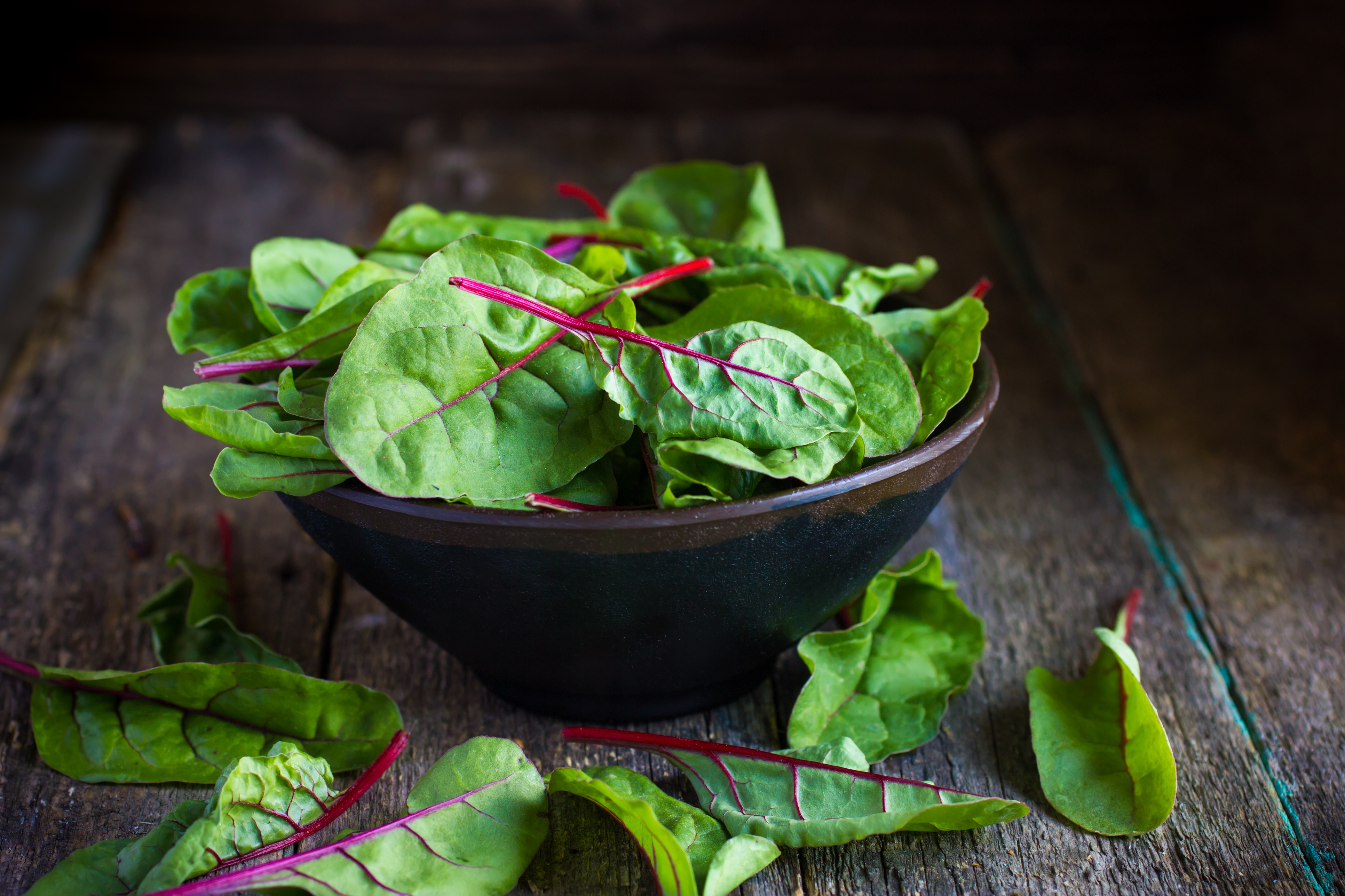 With every new year comes a new superfood, and it seems that kale is set to be replaced by Swiss chard as one of the top food trends of 2017. In the past, chard has been considered a love-or-hate-it food because of its bitterness, but as chefs have become more experimental, they’ve found plenty of new ways to embrace and adapt the flavor. And with 2017 seeing a greater focus on making sure no food goes to waste, they’re also using the entire plant which means the added vitamins found in the stalks are added into meals. 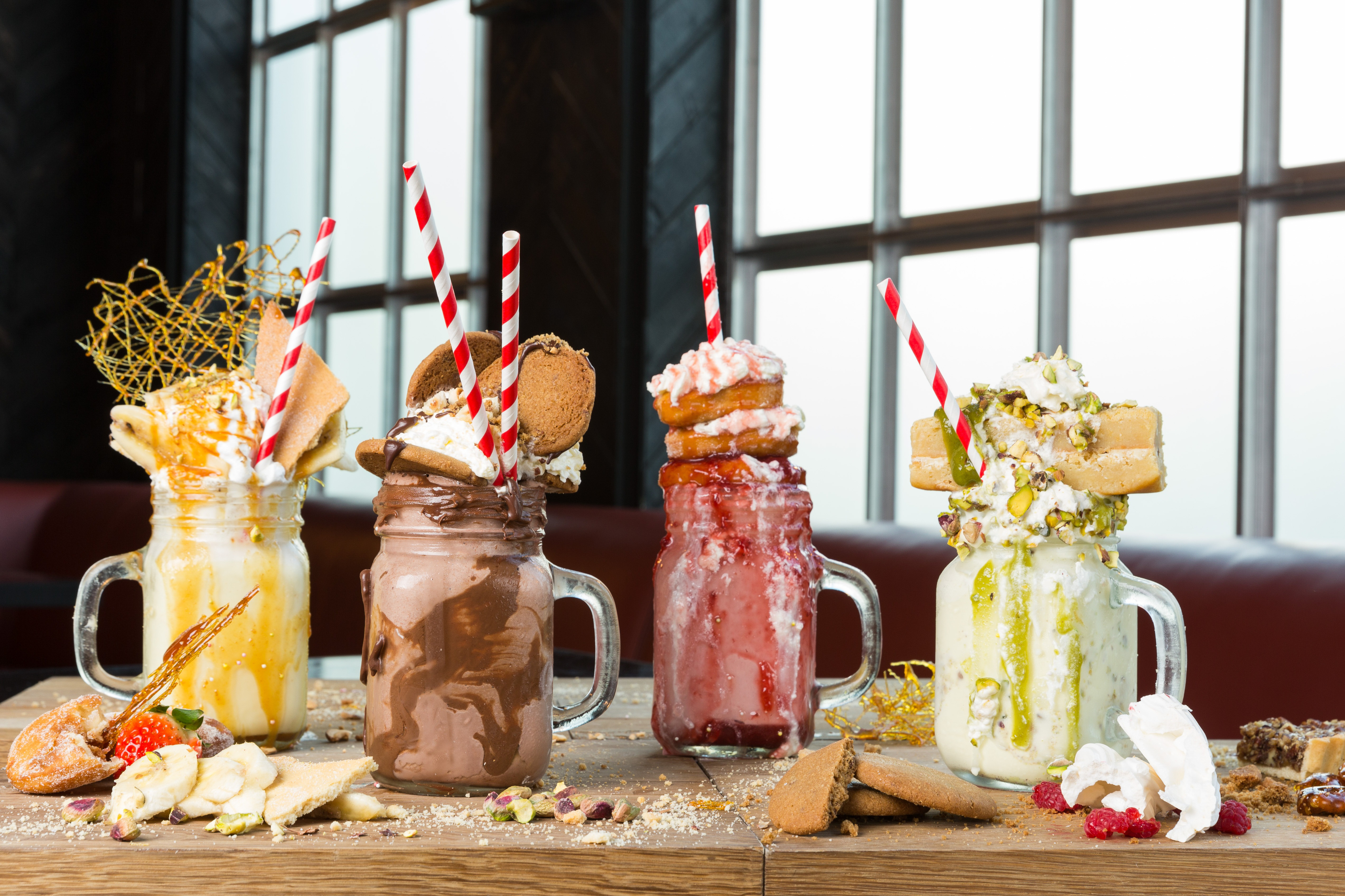 Bucking the healthy eating trend is the ultimate antithesis: freakshakes. A jaw-droppingly decadent combination of milkshake topped with cream, cake and usually more than a little chocolate, this is the ultimate treat for anyone with a sweet-tooth. The craze first kicked off in Australia last year, and has since taken Instagram by storm, but 2017 is expected to see shakes across the world getting even bigger and better.

This summer, you might spot Starbucks regulars sipping on alternatives to their normal iced mochas. The latest trend in coffee is cold brewing, where coffee beans are immersed in cold or room-temperature water for long periods of time rather than relying on heat. The result is a stronger taste than watered-down iced coffee, and, according to many nutritionists, a healthier drink than hot coffee, because heat releases acidic oils from the beans. 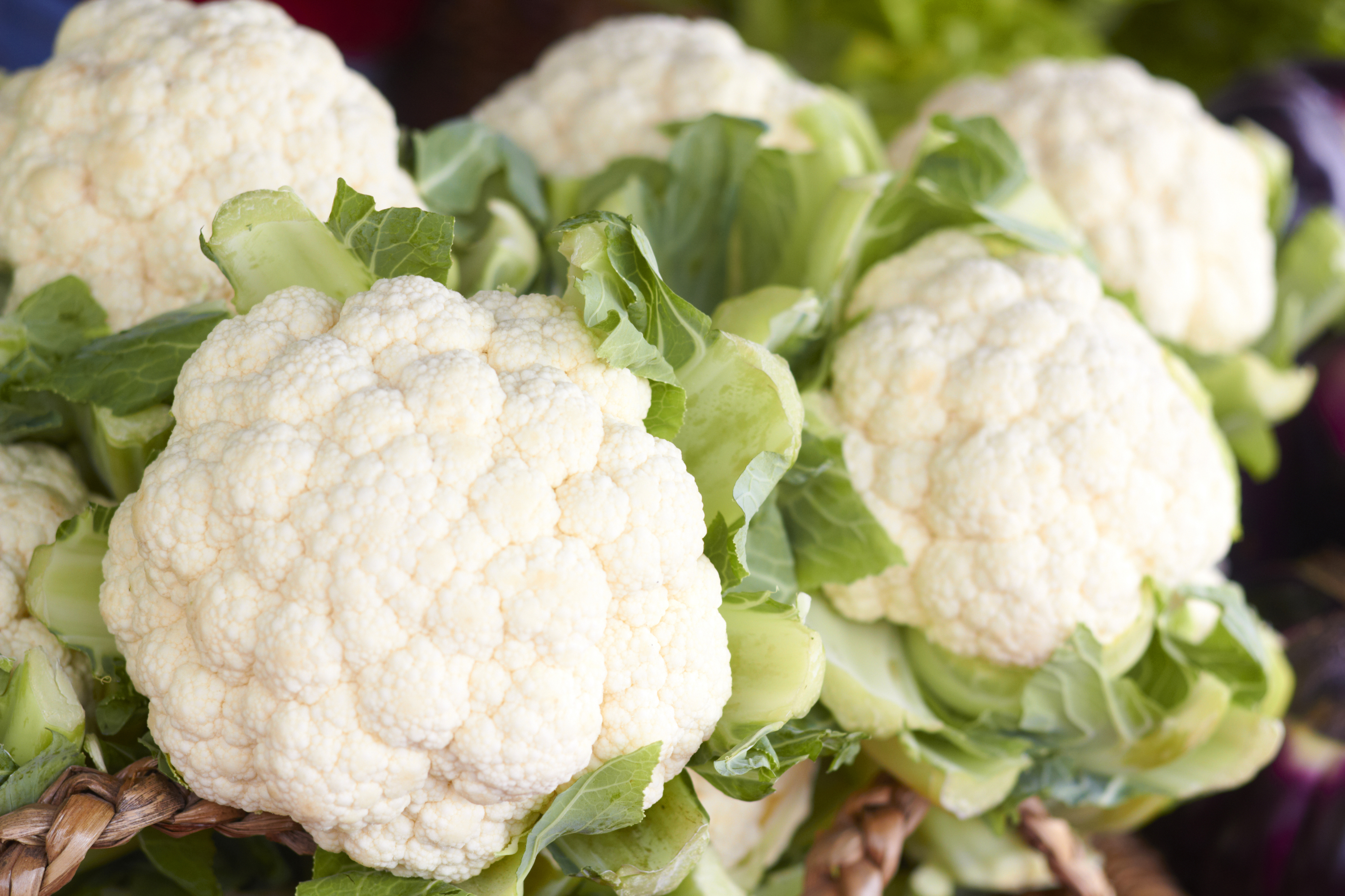 Taking the place of potatoes in mash, dough in pizza and even chicken in roasts, cauliflower is becoming the center of many of our favorite meals as one of the key food trends of 2017. Its neutral flavor makes it a great carb alternative when you’re looking for a healthy take on familiar comfort foods. One of the more novel uses for this versatile vegetable is in smoothies. Often mixed with either creamy flavors like hazelnut or sweet tastes like berries, cauliflower adds extra sustenance and vitamins to your drink. 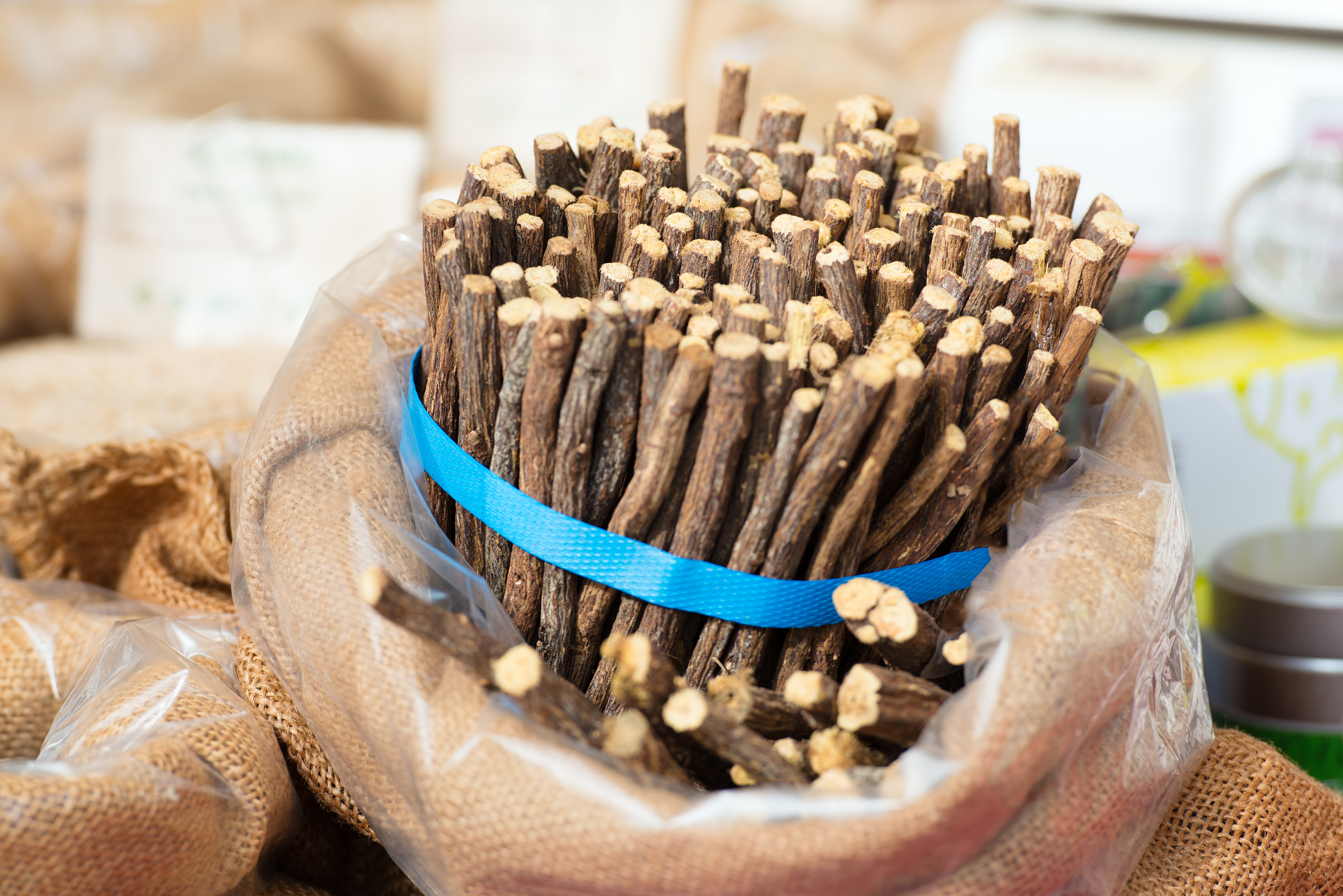 Adaptogens is a term that has its origins in herbal medicine, but one which is cropping up in the culinary world this year. It refers to herbs and substances that are thought to reduce stress, such as ginseng and some mushroom species, and seems set to overtake superfoods as the top trend among health bloggers. One food full of adaptogens that you’ll likely be seeing more of is licorice. The root is being used in many recipes, including the controversial licorice ice cream. 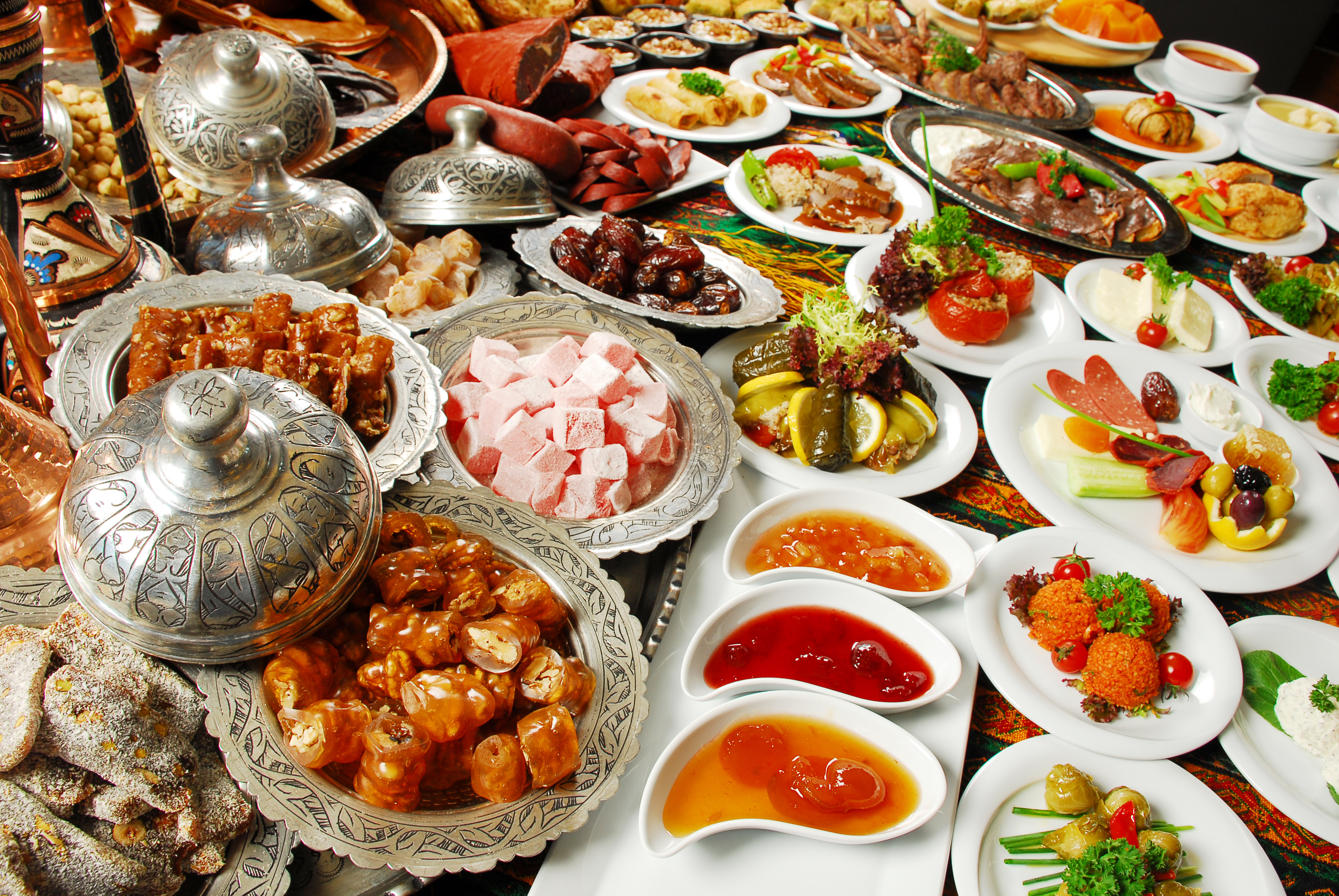 Arabic cuisine has long influenced European cooking, but Persian food in particular will be in the spotlight in 2017. The cuisine makes use of flavors such as pomegranate which are becoming increasingly trendy, as well as providing delicious recipes for popular pulses such as lentils.

Another Persian staple that’s likely to gain traction across Europe this year is goat meat. It seems to make sense, given the widespread popularity of goat’s cheese and goat’s milk, and it serves as a leaner alternative to many mainstream meats. 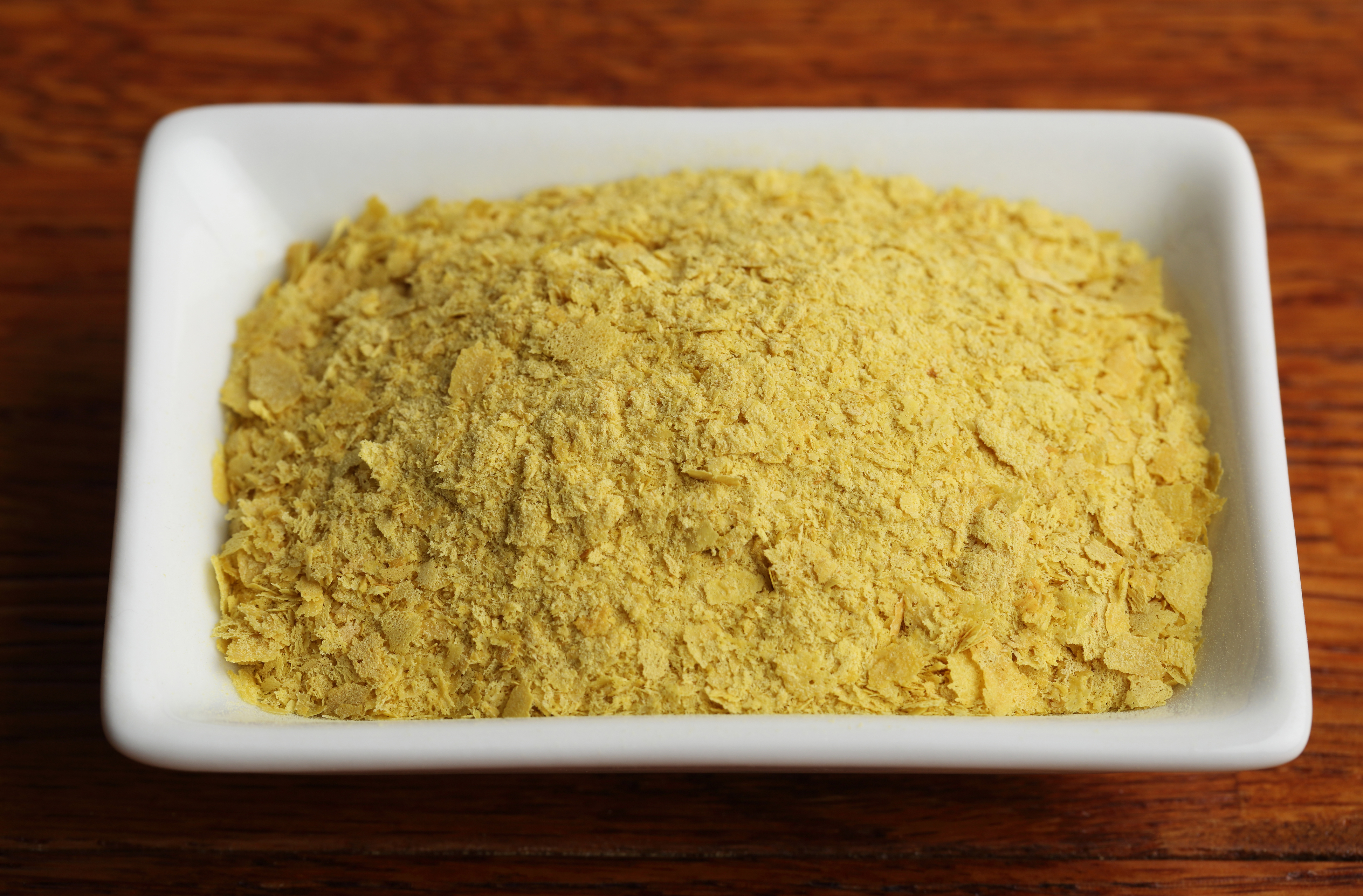 Vegans will be feeling victorious this year, as one of the community’s most popular ingredients gains popularity in 2017 restaurant trends. It’s often used as a cheese alternative in dishes such as macaroni or lasagna, and is known for its creamy flavor and as a handy source of Vitamin B12. Chefs have even been adding it to salads this season, as a way of bulking up a light meal and adding extra taste. 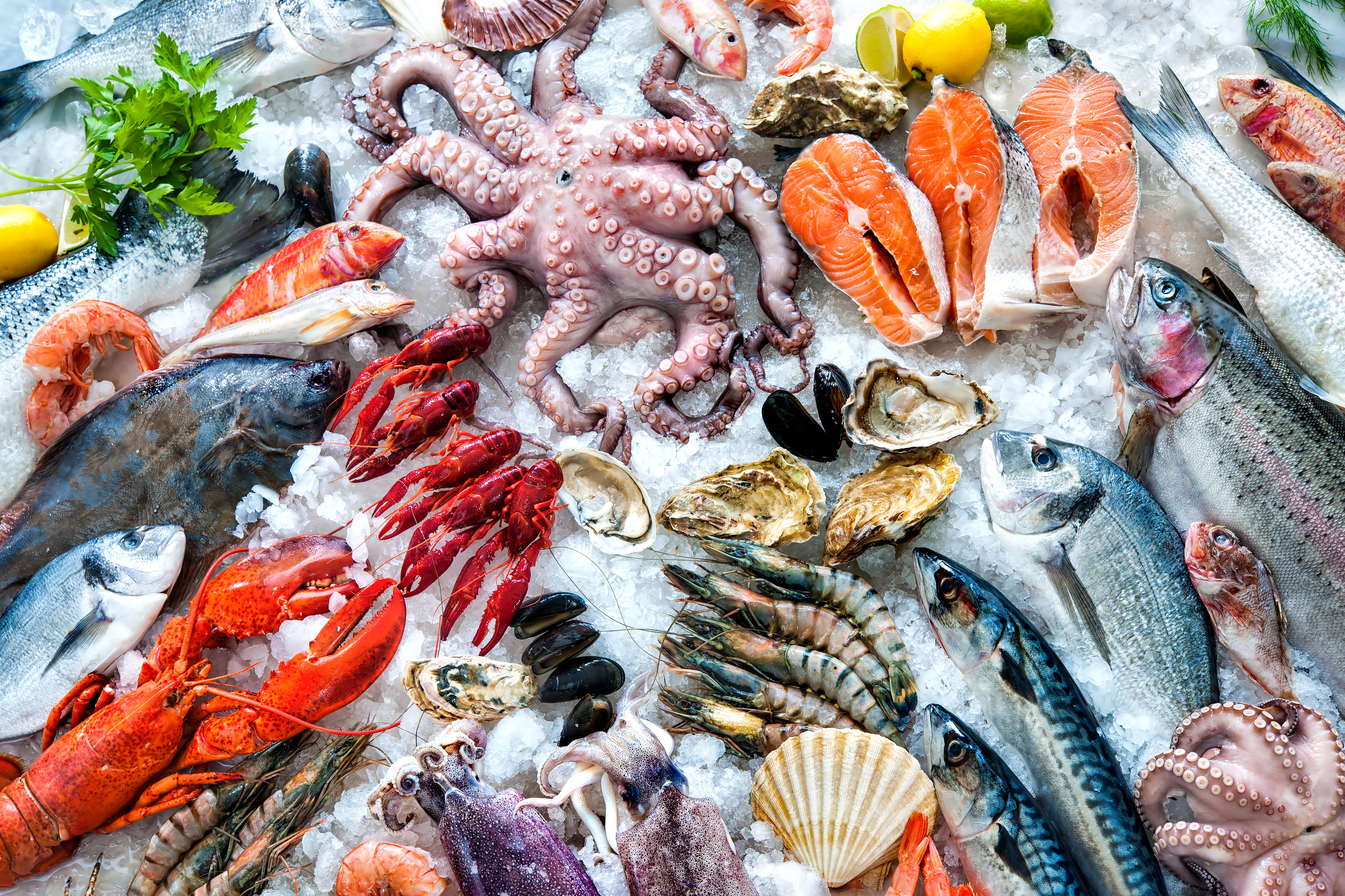 Seaweed is set to make a comeback in the food trends of 2017. And it’s not just a side dish this year - it’s popping up in snack form, as a pasta alternative and even in desserts. Seaweed chips are becoming a staple bar snack in trendy cities, while creative recipes like seaweed scones are merging sweet and salty tastes.

Another unusual seafood trend that’s emerging is squid ink. The novel effect of turning food black makes it a favored ingredient among fine diners. As well as the classic squid ink pasta, kitchens are serving up squid ink burgers, rice and even ice cream. 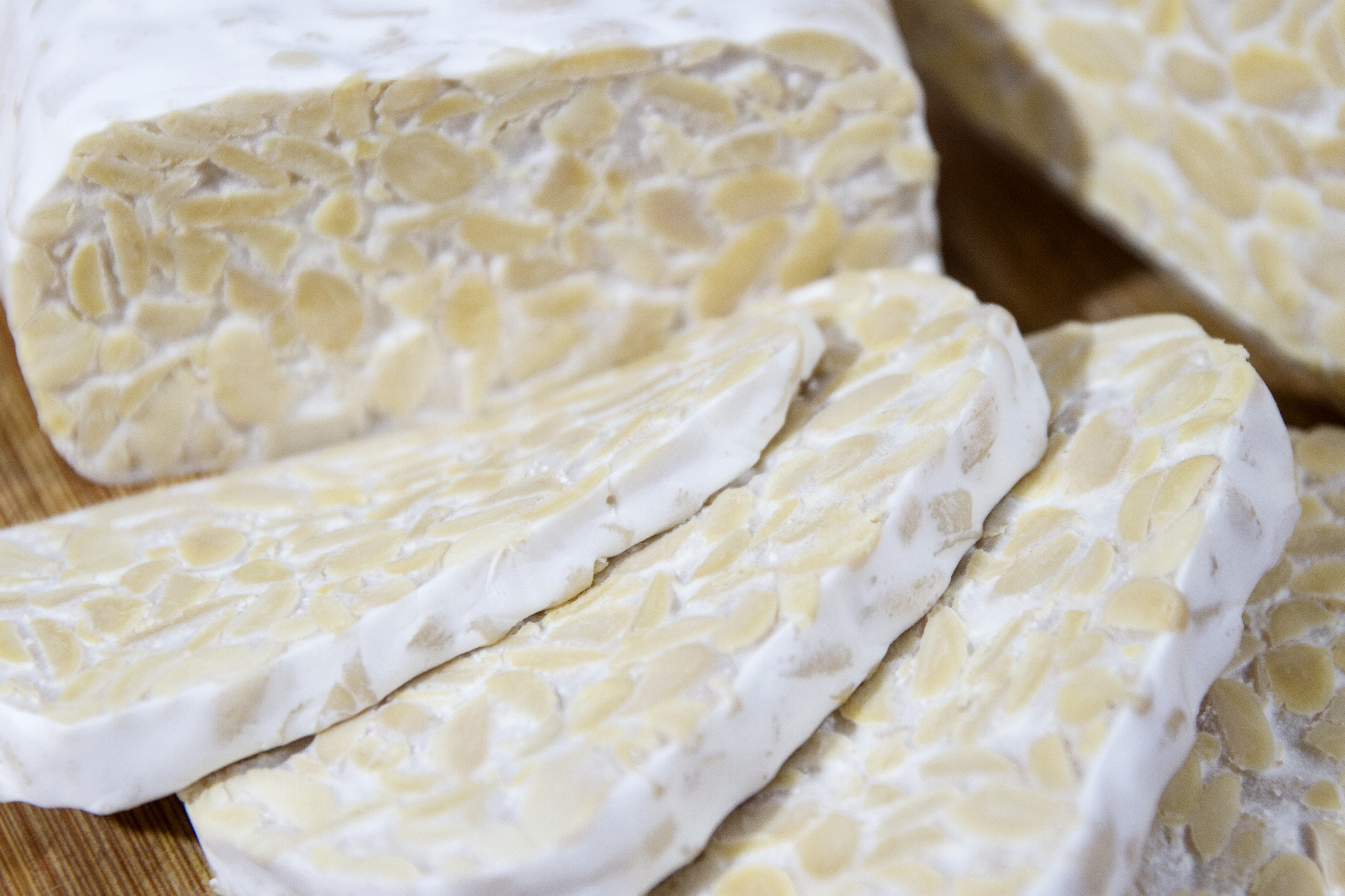 Whether it’s craft beers and wine or creative cocktails, alcoholic drinks will always feature on a popular foods list - but this year sees fermentation going much further than that. From pickled vegetables to yogurts and cheese, there’s a plethora of earthy flavors to choose from in 2017.

One particularly popular fermented food is tempeh: a soy product that’s often used as a meat alternative. It originates in Indonesia and has long been a staple in many Asian countries, but it’s historically been overshadowed by tofu and seitan in Western countries. That looks likely to change in 2017, with more and more foodies waxing lyrical about the nutritional benefits of tempeh.

Jack of All Fruits 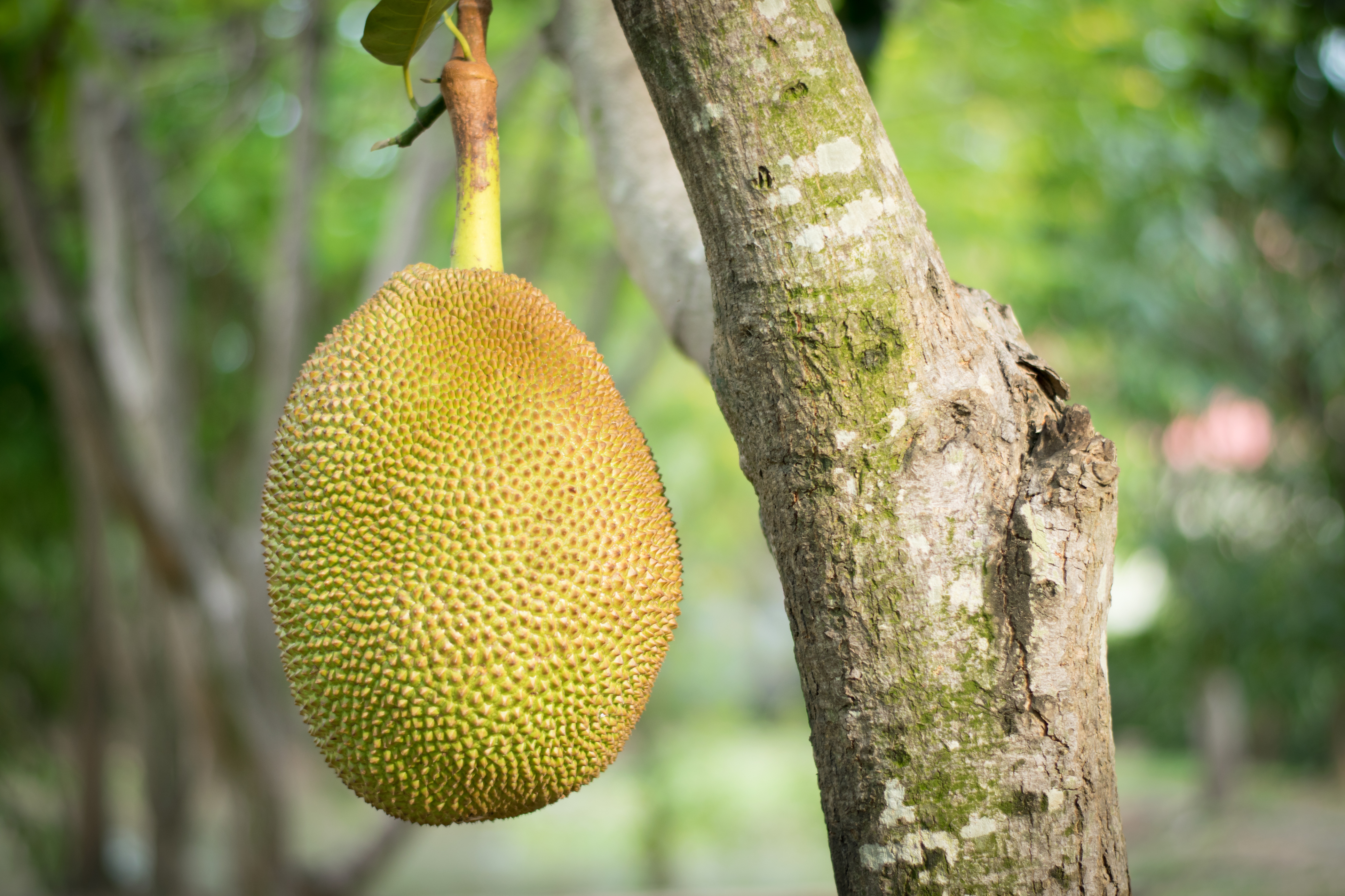 Another meat alternative that’s expected to be big in the food trends of 2017 is jackfruit. Because of the stringy texture, it’s popular among vegetarians and vegans who are looking for a way to join in on the pulled pork trend. Naturally sweet and high in protein and fiber, it’s a great way to introduce new flavors to your kitchen while creating hearty and filling meals.

It seems that healthy eating is driving many of the year’s food trends - although treats like the freakshake prove that there’s still an appetite for good, old-fashioned comfort food.