The concept of celebrity has changed over the years. In the late 1800s, only nobility was likely to make the cut, while today’s biggest stars come from all sorts of backgrounds.

But we have a saying here at noble.life: “nobility is not a status, it is a way of life." Indeed, being a noble is a very different concept to being noble. While the former might be a birthright, nobility of spirit is earned through kindness and generosity - qualities that can still be found among some of society’s most famous names. 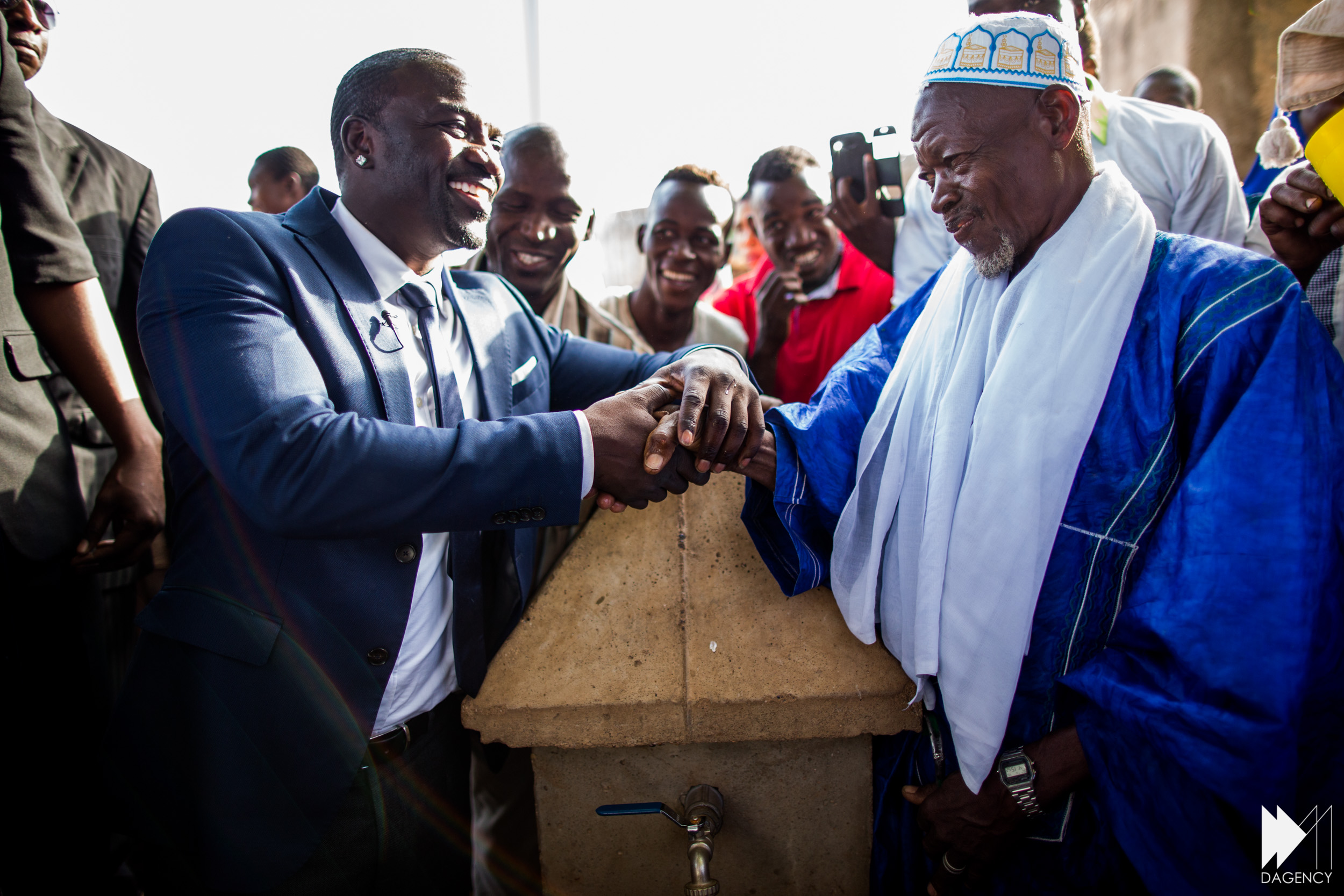 Once upon a time, Akon was best known for his hit songs “Smack That” and “Lonely”. Few would have guessed from that arrival on the pop scene that he would become one of the music industry’s most impressive philanthropists.

Akon was born Aliaume Damala Badara Akon Thiam, and spent much of his early childhood in the Kaolack region of Senegal. His town had no electricity - a “life without light” and a fact that influenced his decision to create Akon Lighting Africa in 2014, in partnership with fellow neighbourhood kid, Thione Niang, and Mali-born entrepreneur Samba Bathily. Niang recalls a childhood spent studying by candlelight, and pledges that he will work to ensure that “children no longer have to work in these conditions”.

The project has so far reached 14 African countries, bringing solar street lights and small energy systems to areas that were previously without power. An electricity is not the only kind of empowerment Akon Lighting Africa is providing - the project has indirectly created more than 5,000 young people in the local areas in installation and maintenance. The Solar Academy, run as part of the organization, helps equip them with the necessary skills and boosts their employment options.

Akon Lighting Africa is an impressive enough venture on its own, but it’s actually the second charity that Akon has under his belt. In 2007, he demonstrated his nobility of spirit when he founded the Konfidence Foundation alongside his mother Kine Gueye Thiam. The foundation focuses on health and education, and has worked on programs such as improving literacy, screening for malaria, providing meals for families and creating scholarships for the underprivileged. 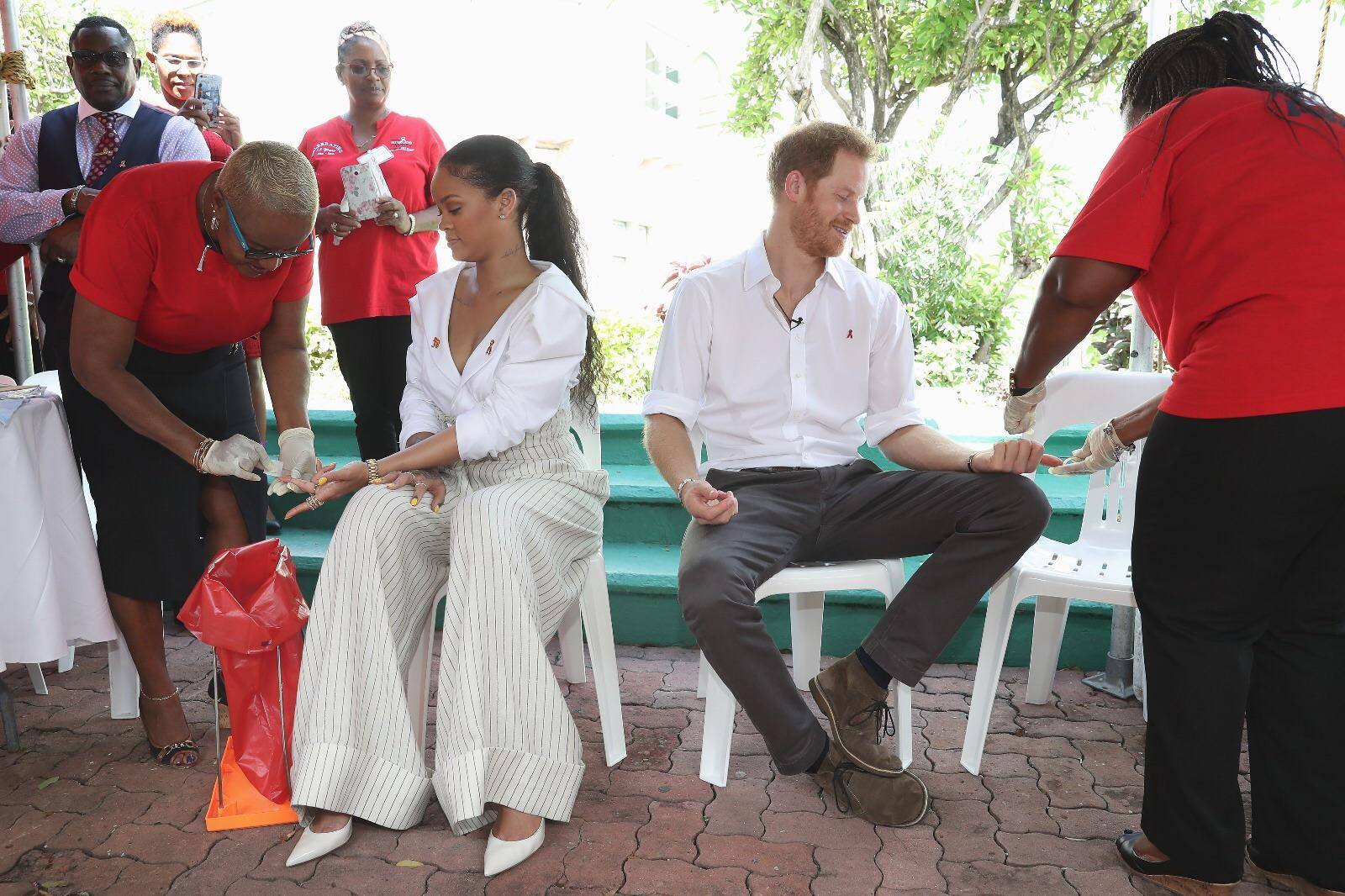 In February 2017, popstar Rihanna added a new award to her already impressive collection: Harvard Humanitarian of the Year. Over the years, the singer has been involved in numerous charitable endeavours, including serving as a UNICEF Ambassador and creating the Believe Foundation for terminally ill children when she was just 18 years old.

These efforts were detailed during the award ceremony, but the main spotlight was on her work through her organization, the Clara Lionel Foundation, and her generous donation to the Queen Elizabeth Hospital in Barbados which paid for a new breast cancer screening and treatment center.

Rihanna founded the Clara Lionel Foundation in 2012 to provide young people with access to healthcare and education. Through the foundation, she created a scholarship program for students in the United States. In 2016, the Clara Lionel Foundation partnered with Global Citizen and the Global Partnership for Education with a view to reaching children in more than 60 developing countries, particularly in conflict and crisis areas.

It would only be the first institution to recognize her philanthropic work so far this year; she was also honored at the Parson School of Design benefit in May. Rihanna is no stranger to the fashion world, and has already picked up a CFDA Fashion Icon award in 2014 (surely she must be in the market for a new trophy cabinet by now?), but this latest tribute focuses on her support of up-and-coming designers. The school dean, Jack Towers, explained: “She has championed our recent alumni on a number of occasions by wearing their designs.” 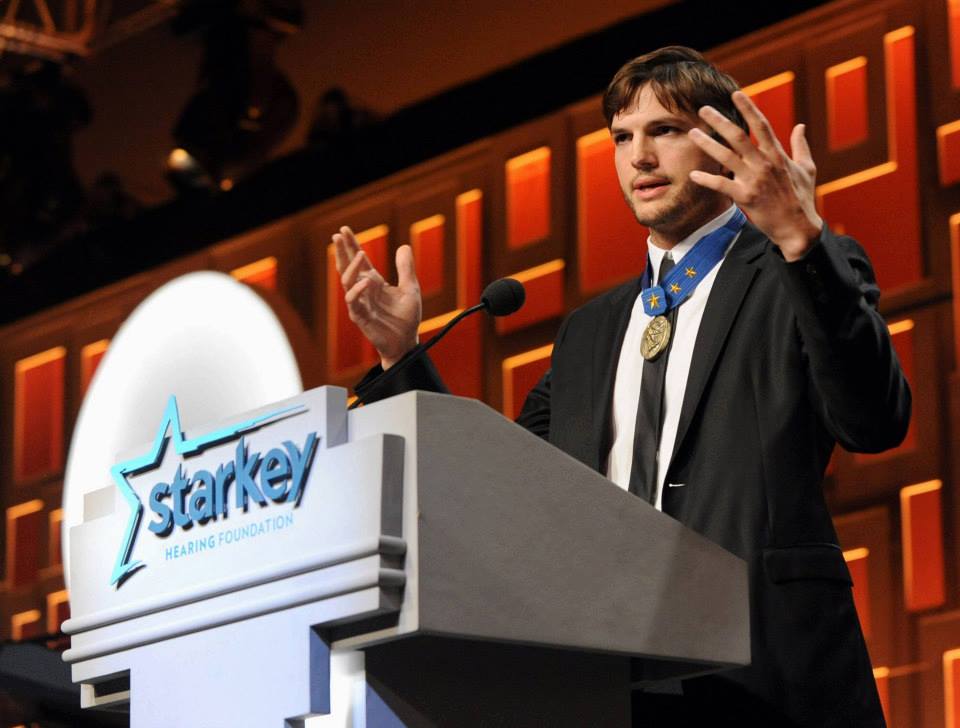 Ashton Kutcher is no stranger to headlines - but this year the focus wasn’t on one of his movies or TV shows, but on his charity work. He gave an impassioned speech before congress, demonstrating an impressive nobility of spirit as he urged the senate to act to prevent modern slavery. His speech went viral, and was the first time that many of the general public had heard about Kutcher’s work in the sector.

In fact, he founded the organization Thorn (then named DNA Foundation) in 2009, in partnership with his then-wife Demi Moore. The pair have been heavily involved with the organization ever since, and both remain members of the board of directors to this day - despite their marital split.

Thorn came about after Moore watched a documentary on trafficking and slavery in Cambodia which prompted her to do further research and discover the extent of the problem not just in Cambodia but in the United States. The organization uses digital tools to combat modern methods of trafficking and exploitation, partnering with major tech firms to conduct extensive research and build web and mobile apps. Its previous projects include: Twilio, which enables victims to text for help discreetly and Spotlight, which flags suspicious classified and forum posts. The latest development is Solis - a tool that will target dark web users.

In his speech, Kutcher said that the organization had saved 6,000 victims from human trafficking in 2016 alone, identifying 2,000 traffickers in the process. He even referenced a case in which the FBI asked for Thorn’s assistance in identifying the abuser of a young girl whom they had been monitoring for three years. Kutcher also announced in an interview with Today that his next goal was to eliminate child pornography from the internet. 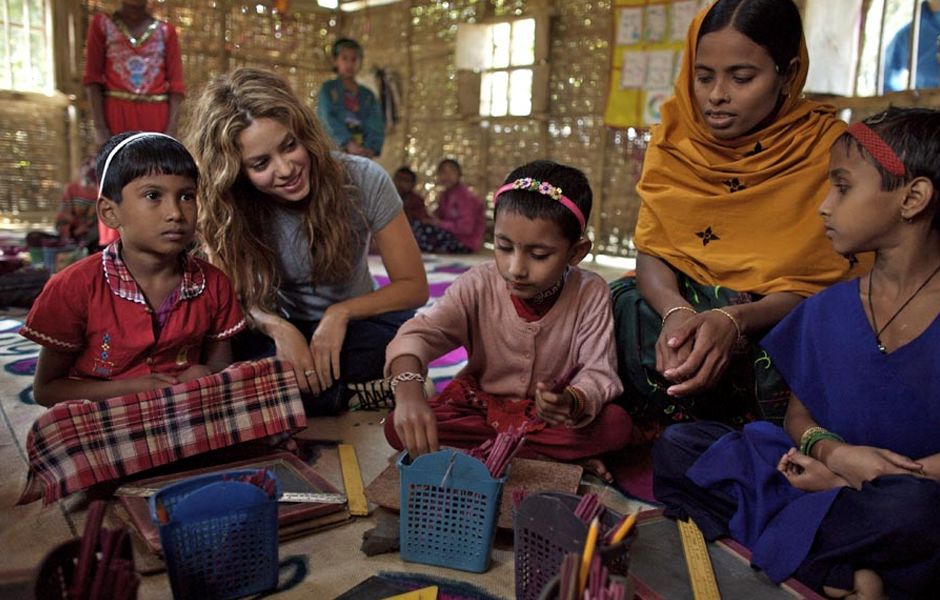 Shakira is another celebrity who has received an award in 2017 for humanitarian work. The World Economic Forum presented her with a Crystal Award in January, in recognition of her work with children in Colombia. She was joined at the ceremony by fellow honoree and celebrated actor and humanitarian, Forest Whitaker, who shares her nobility of spirit. Whitaker was being recognized for his foundation’s work in conflict zones.

Shakira’s charity work began when she was just 18, and established the Barefoot Foundation - or Pies Descalzos Foundation - that makes education accessible to vulnerable children in Colombia. The foundation now has five schools across the country (one of which was named Colombia’s best official education institution in 2016) and provides education and meals to around 4,000 children.

It’s also part of Shakira’s expanded three-part strategy for aiding development across Colombia and Latin America, along with the founding of her ALAS Foundation and her work with UNICEF as a Goodwill Ambassador. Her overarching aim is to collaborate efforts for education, health and nutrition to improve the lives of children and young people.

The ALAS Foundation (Fundacion América Latina en Acción Solidaria) is a collaboration between prominent Latin American artists that focuses on early childhood development. The foundation hopes to improve public policy affecting pregnant women and children under five, with a view to ending the intergenerational cycle of poverty.

Shakira’s extensive work in education charities was recognized by President Obama in 2011, when she was appointed to the President¹s Advisory Commission on Educational Excellence for Hispanics.

It seems that while the age-old saying “money can’t buy class” might be true, there are plenty of celebrities out there who happen to have both - and are putting them to good use.