This month saw the historic launch of Vogue Arabia, with it-girl Gigi Hadid becoming the talk of social media as she joins the roster of Vogue cover stars. While some praised the choice of a model with Palestinian roots, others took offence at the feature of a non-Muslim model wearing outfits that resembled traditional Islamic dress.

Of course, Vogue is no stranger to the spotlight, and this issue is far from the magazine’s first international launch. Vogue now has 21 international editions (19 of which are edited by Suzy Menkes, who appeared on Time's 2015 list of the Most Influential People alongside the likes of Kanye West and the inventor of the KonMari Method), and each has featured some of the world’s biggest supermodels. 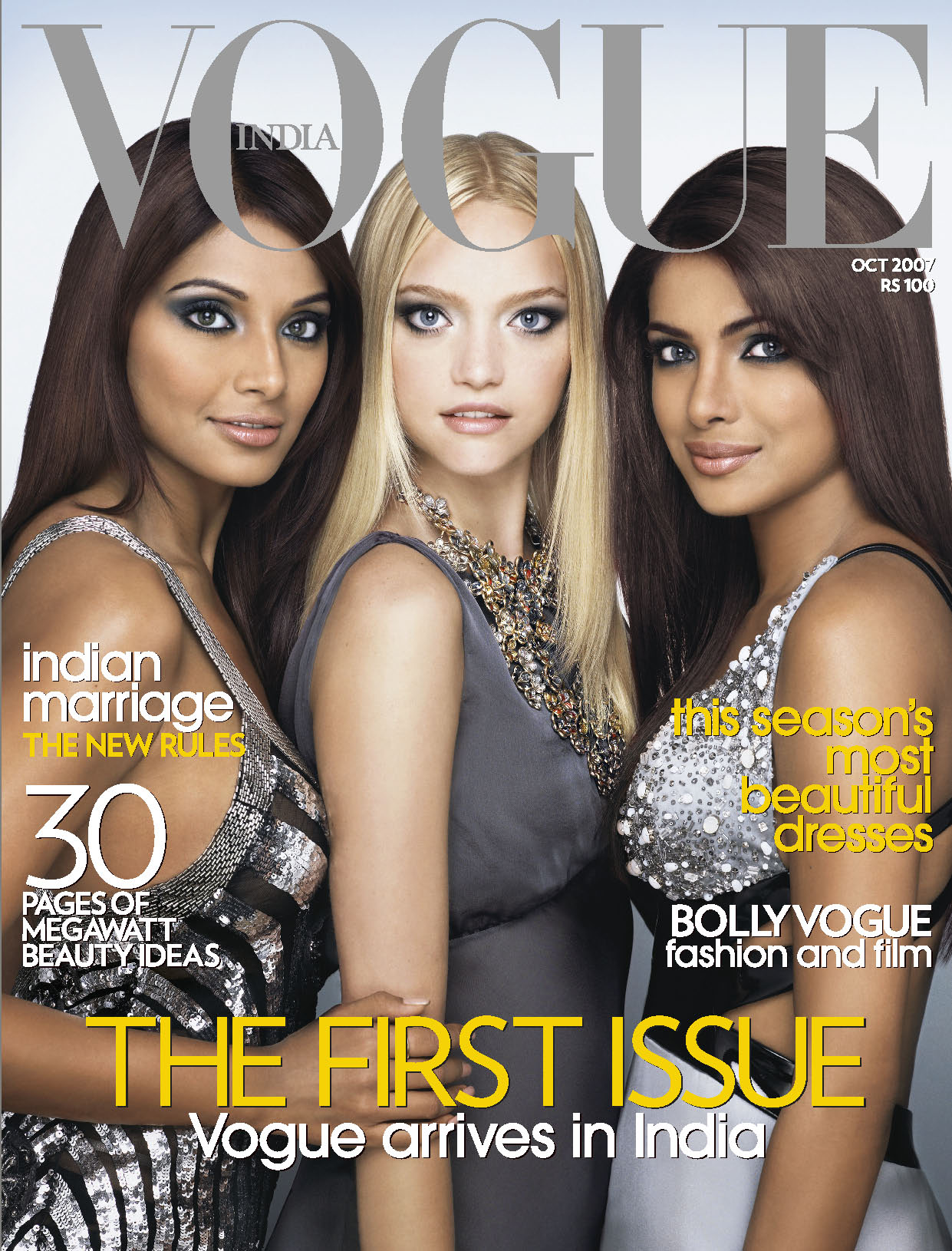 Actress and model Bipasha Basu fronted the launch of Vogue India ten years ago. Basu has enjoyed a hugely successful career in modelling - perhaps surprisingly given that she describes her childhood self as a "tomboy".

She was first spotted by a talent scout in Kolkata when she was in her late teens and went on to win the Godrej Cinthol Supermodel Contest. Basu’s career hasn’t been without controversy, with her reputation as a sex symbol attracting criticism from some of India’s more extreme conservatives.

While Basu is cited as the official Vogue cover star, she appeared alongside two other famous names: Priyanka Chopra and Gemma Ward. Chopra is perhaps India’s best-known celebrity around the world since she was crowned as Miss World in 2000. As well as a substantial modelling career, she’s built an impressive resume of acting and humanitarian work, speaking openly about feminism and gender equality as well as taking on the role of UNICEF Goodwill Ambassador for Child Rights.

Gemma Ward is an Australian model who has appeared on several editions of Vogue. At 16, she was the youngest model to ever cover American Vogue. 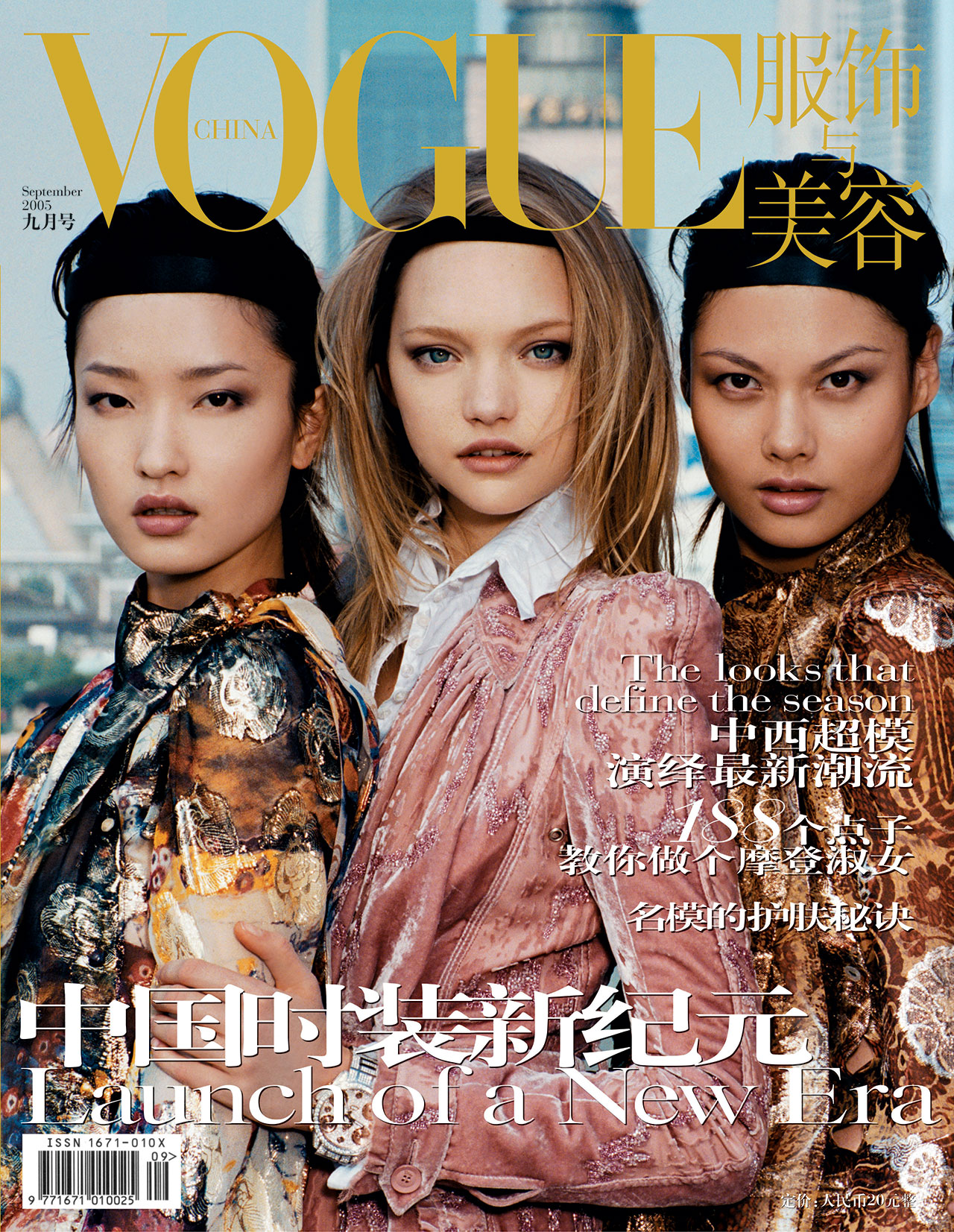 2005 marked both the first issue of Vogue China and Du Juan’s first appearance in Vogue - but surprisingly the two events occurred separately. Du Juan made her Vogue debut in Vogue Paris, and remains the only Asian model to have appeared in the magazine. She’s since gone on to set the record for most appearances in Vogue China, having been featured an impressive 13 times.

As a child, Juan had dreams of being a ballerina, and trained extensively throughout her whole life to reach professional standards. Unfortunately, as she grew, she reached 6 foot when standing en pointe and was unable to find a partner tall enough to match her. Her height might have been a problem in ballet, but it perfectly qualified her to join the modelling world. 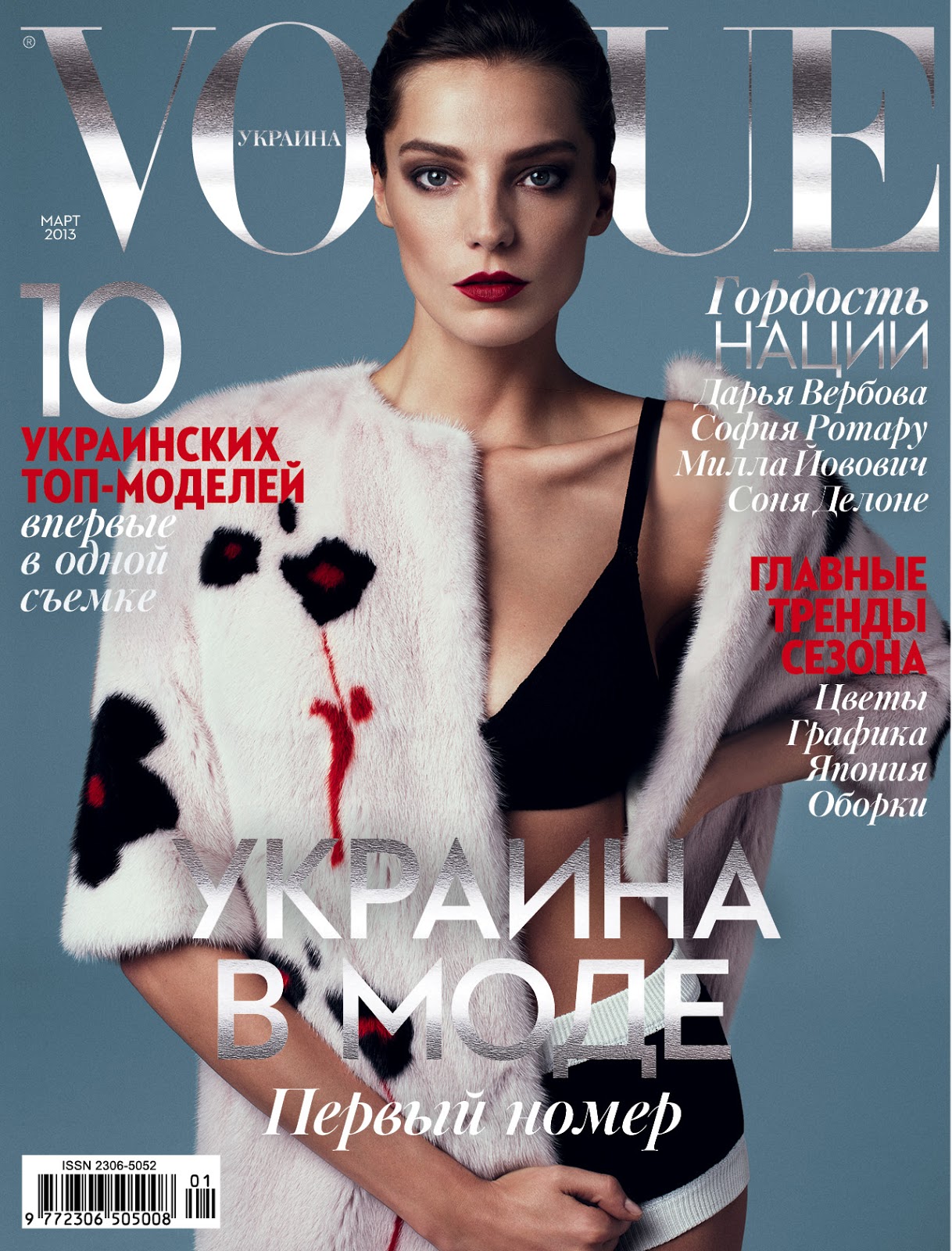 Canadian-Ukranian model Daria Werbowy was born in Poland but spent most of her childhood in Canada, having moved there with her family at three years old. She won her first modelling competition at just 14 years old, and so launched her career.

Over the years Werbowy experienced the fickle nature of the business, and even considered giving up after an unsuccessful stint in Europe, but decided to give it one last go. That fateful decision proved to be the start of her success. She recalls: “I returned to New York, met my agent and the next day I had an exclusive deal with Prada.”

Modelling has been just one of Werbowy’s many exciting pursuits in recent years. An experienced sailor, she spent three months traversing the Mediterranean and Atlantic Oceans in 2008, followed by a Central American expedition in 2011 that lasted two months.

She also launched her own makeup collection in collaboration with Lancome for Sephora. All profits were donated to Brazilian charity Centrao Especial, which focuses on underprivileged children. 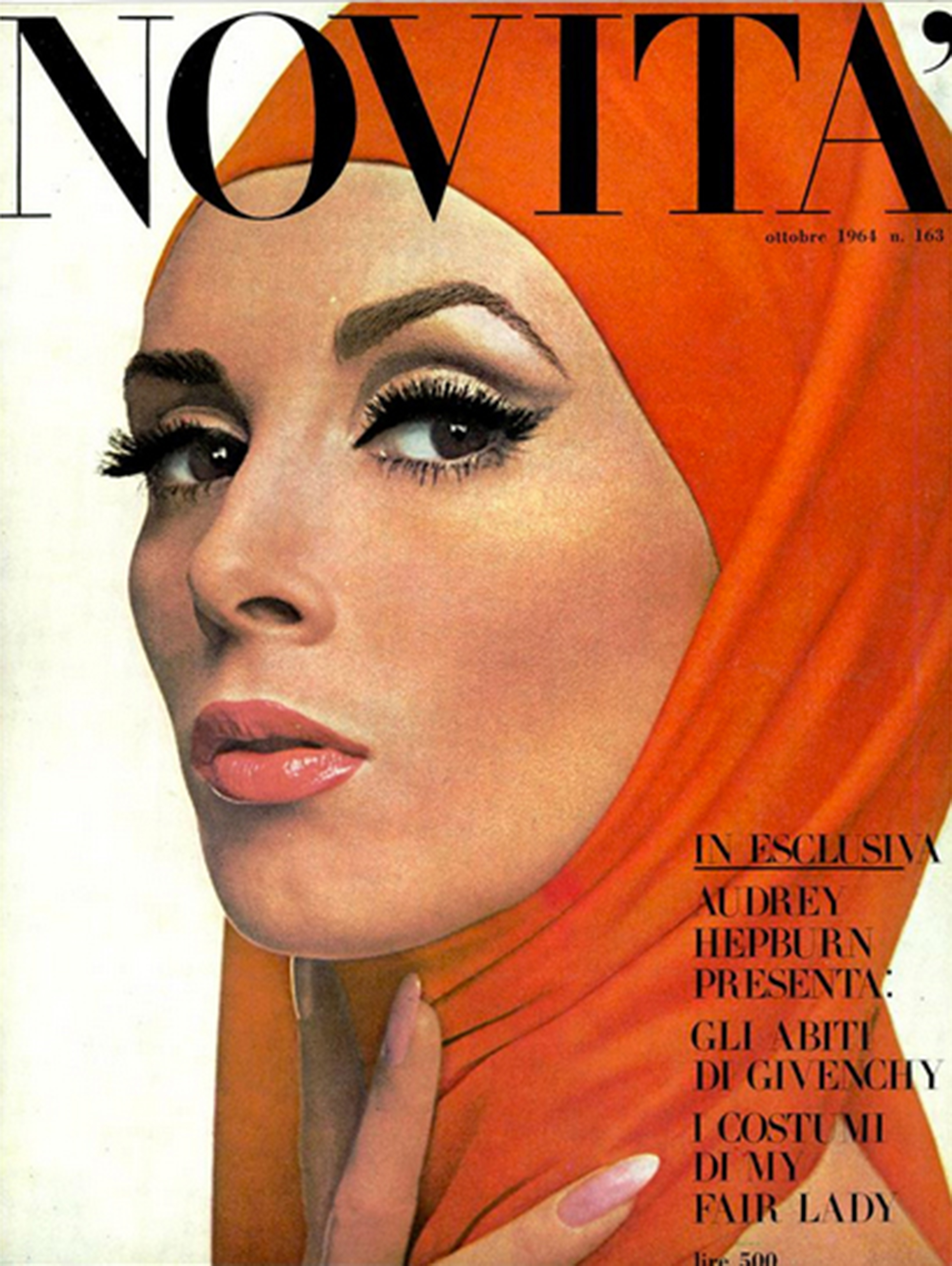 Born in the Netherlands and raised in Germany before moving to the United States, Wilhelmina Cooper cemented her international reputation when she covered the first issue of Vogue Italia. Of course, by that point she needed little introduction, with her career blowing up in the 50s to make her one of fashion’s most famous faces.

Cooper made history amongst Vogue cover stars as the model to have covered American Vogue the most times, having featured a phenomenal 27 times. And that was just one of the 255 titles on which she appeared thanks to her popularity for feminine silhouette which became the fashion of the era.

Cooper continues to influence the industry even today, both through her legacy and through the agency she founded. Wilhelmina Models is one of the world’s oldest and largest model management agencies, and is credited with the launch of supermodel Naomi Sims’ career.

Such is Cooper’s legacy that she even had a character named after her in T.V.’s popular parody of the fashion industry, Ugly Betty. Wilhelmina Slater is the antagonistic creative director at MODE Magazine. 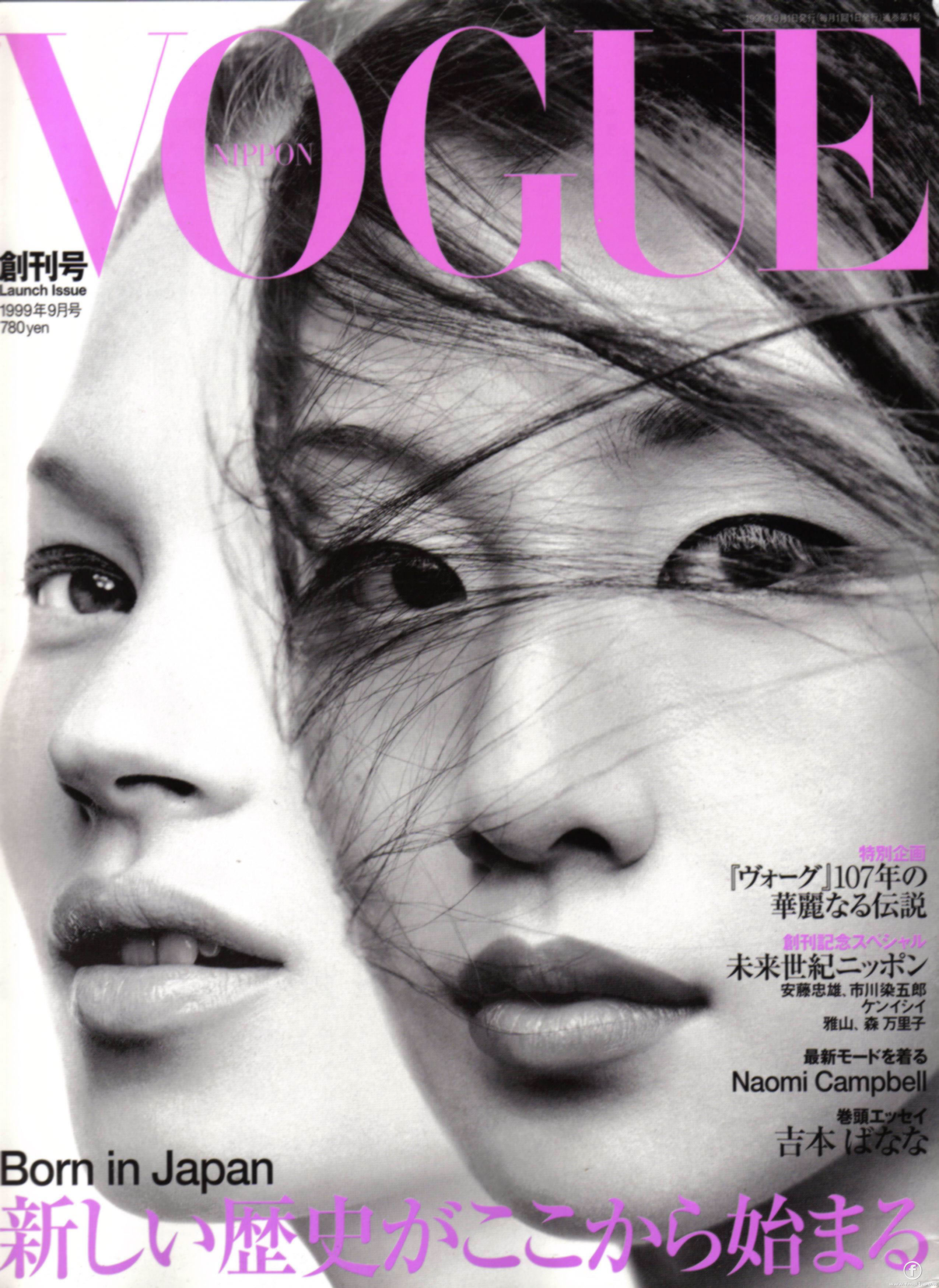 The inaugural edition of Vogue Japan featured Japanese model Miki at the front and center, backed by British icon Kate Moss. The image appeared in monochrome, with the publication’s title providing a stark contrast in bright pink.

Although she may be a background character in this shoot, Moss’ reputation is hard to ignore. She rose to prominence in the 1990s as the face of the controversially named trend for “heroin chic,” thanks to her waifish figure and pale skin. Since her discovery in 1988 at the age of just 14, her name has become synonymous with the British fashion industry, and she was given a Special Recognition Award at the 2013 British Fashion Awards.

She also has a long history with Vogue, having appeared on dozens of international covers, including the inaugural issue of Vogue Russia as well as Vogue Japan. She’s featured in British Vogue 30 times, and is today a contributing fashion editor. 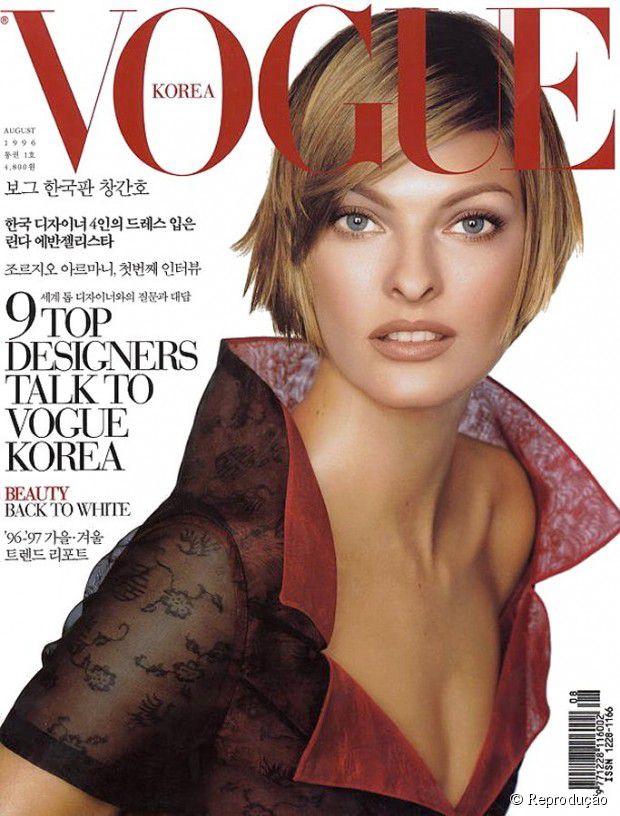 While Canadian model Linda Evangelista might seem a strange choice as the first edition cover star for Vogue Korea, she’s a famous face recognized worldwide. She’s also with first uttering the now-infamous line: “I don’t get out of bed for less than $10,000 a day.”

Evangelista’s inspiration to begin modelling supposedly came from a “self-improvement school” that she was sent to at age 12. But it wasn’t until she was 18 that she turned her full attention to pursuing a modelling career, moving to New York City and signing with the agency Elite.

Her success was almost instantaneous, and by the late 80s she became one of the exclusive clique of supermodels still referenced today. Throughout her career, Evangelista has appeared on more than 700 covers, and also appeared on the cover of the book “In Vogue: The Illustrated History of the World’s Most Famous Fashion Magazine.” 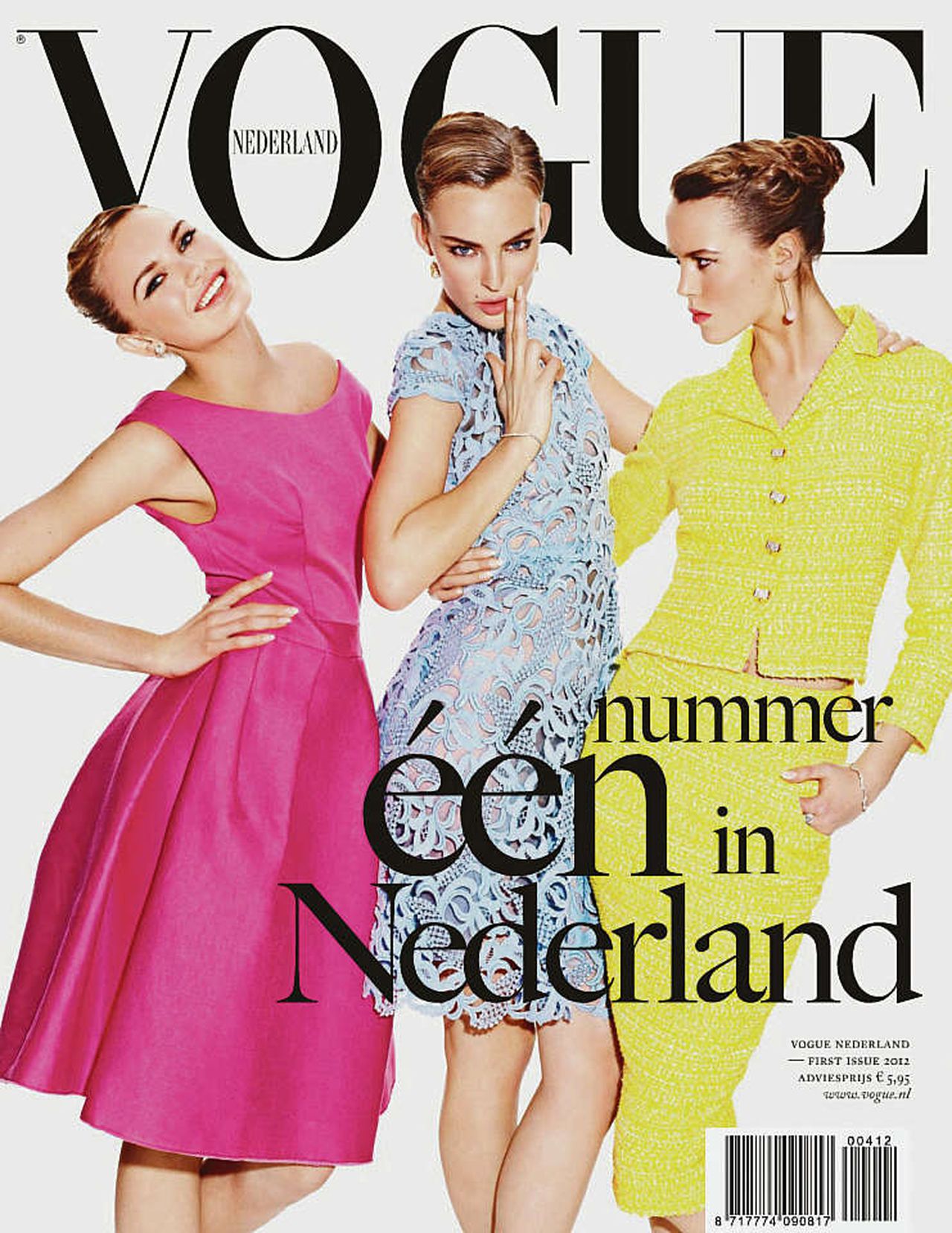 Vogue made headlines in the spring of 2012 when it introduced a Netherlands edition. All three of the edition’s Vogue cover stars were Dutch - a fact worth noting when you consider that the group shots used for the covers in India, China and Japan all featured a model from a country other than the magazine’s own.

Josefien Rodermans, born in 1994, has appeared in editorials for a number of big names, such as Tatler UK and Marie Claire. She’s also gone on to appear in international editions of Vogue, including Taiwan, Italy and Australia. Romee Strijd has enjoyed a similar level of success, although she’s perhaps best known as one of Victoria’s Secrets Angels - a coveted role that she landed in 2015.

Ymre Stiekema launched her modelling career aged just 15, when she came second in a Elite Model Look competition in Prague. Her career has soared ever since, although she did take a brief break in order to focus on her school exams.

It seems Vogue has been making waves around the world since its beginning with its first edition cover stars and with many countries still waiting for their own editions, we can’t see them slowing down anytime soon.