7 of Europe’s Most Photogenic Destinations

To many, Europe is considered the continent of art and culture - and it’s true there are no shortage of museums to visit. However, it’s also a great place to make some art of your own. Whether you’re an iPhone photographer or dedicated to your DSLR, you’ll find plenty of inspiration among Europe’s many photogenic destinations. 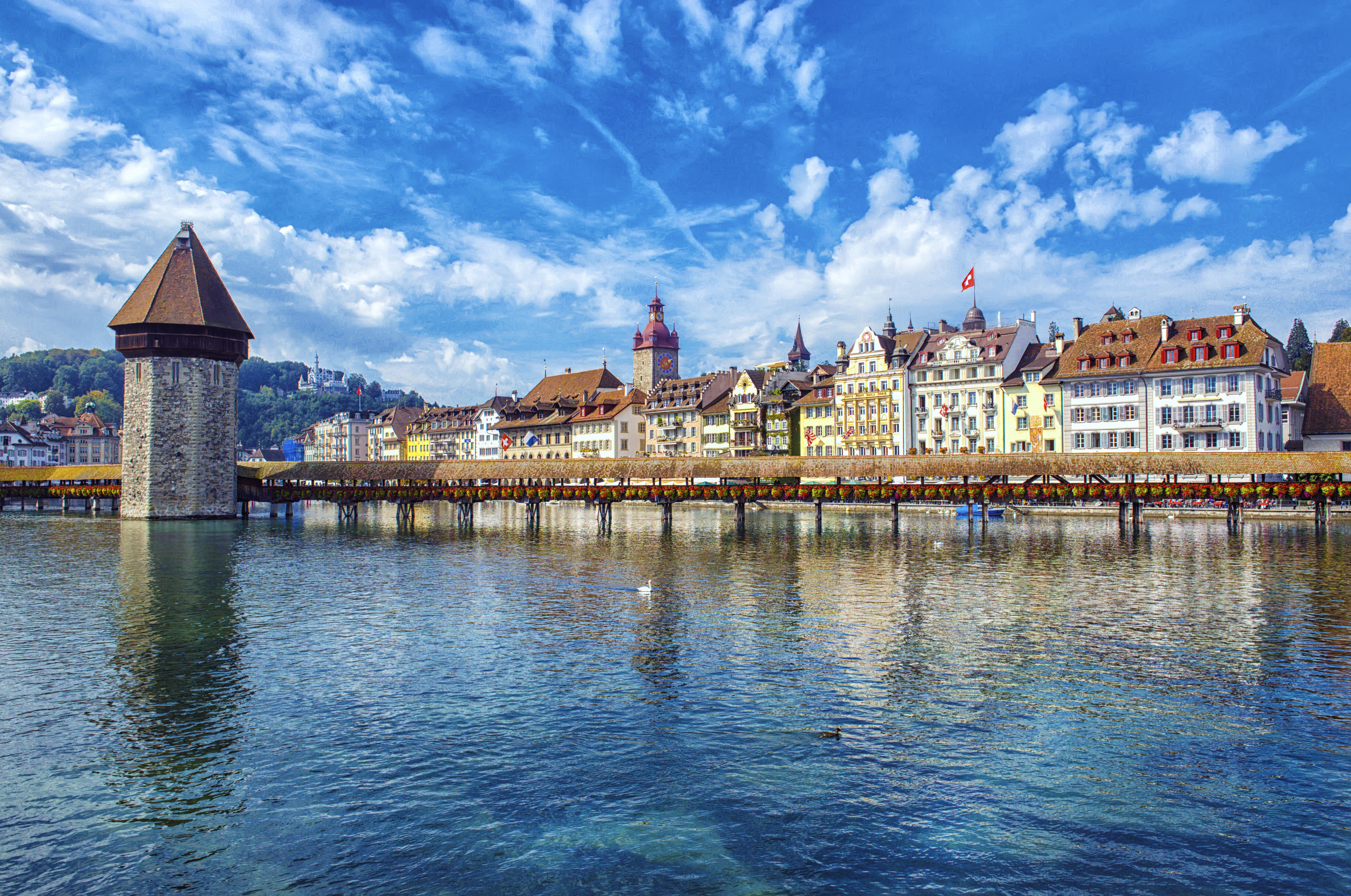 Switzerland is often associated with winter getaways - and it’s certainly charming during the colder season. Christmas markets, snow-covered mountains and thick and delicious mugs of hot chocolate are enough to instil the Christmas spirit in even the most stubborn Scrooge. But there’s also plenty to see in the summer, when the snow on the mountains is replaced with lush greenery and grey days give way to bright and sunny ones.

Lucerne is most famous for its central lake, which makes for the perfect photo opportunity in any weather. It’s crossed by the famous Kapellbrücke bridge, which feels like it’s been transported straight from Hogwarts with its ornamental covering and turret towers. It leads into the stunningly preserved medieval Old Town, where beautiful architecture and a small population will make you feel like you’ve stumbled into a fairytale village.

Of course, you can’t go on a sightseeing tour of Switzerland without making a voyage into the alps. Lucerne’s own mountain, Pilatus, marks the northernmost branch of the famous range, and the view from the top is one of the most beautiful landscapes in Europe. 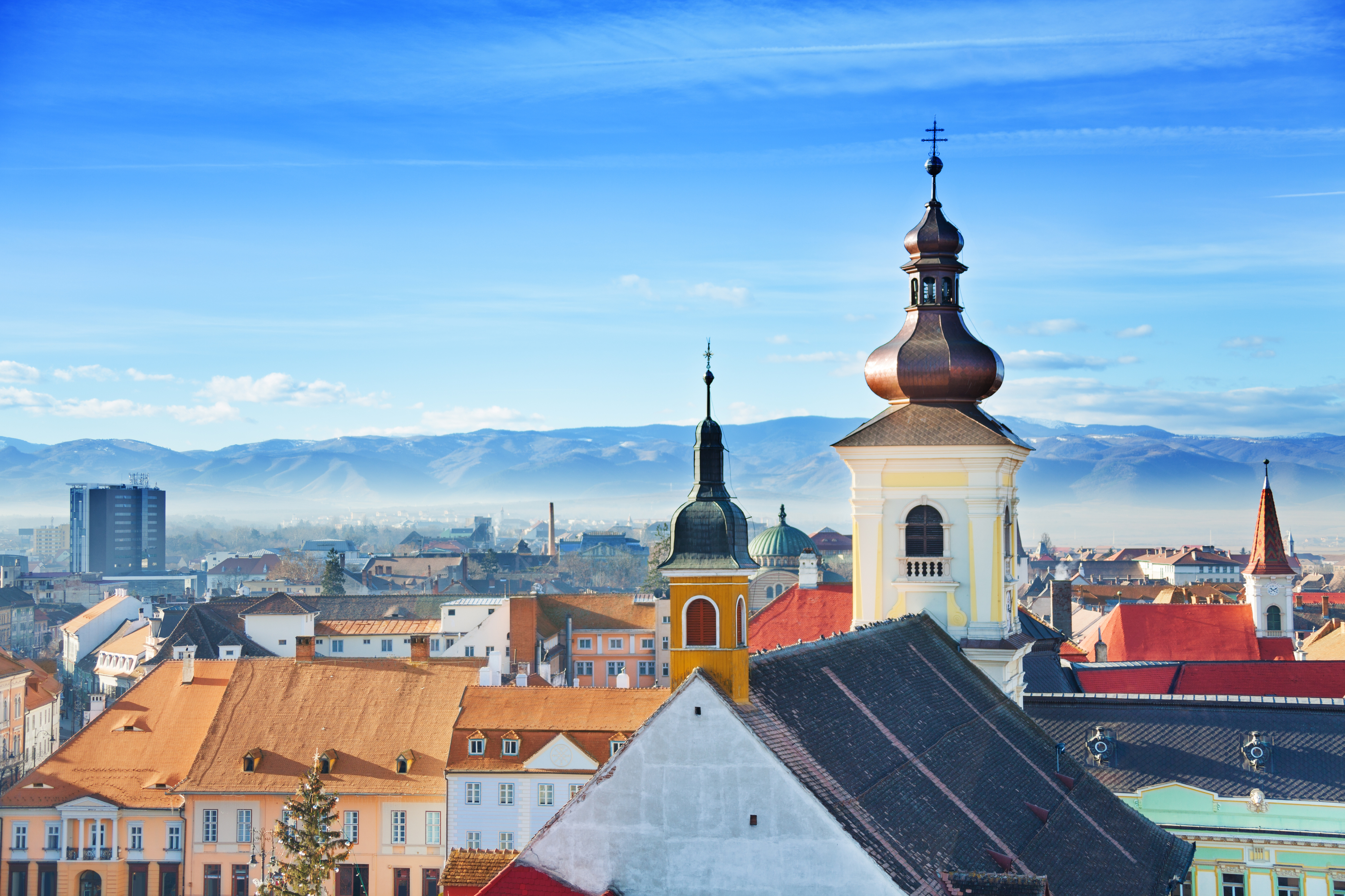 While often regarded as the mythical home of Count Dracula, Transylvania is very much a real place and one that is definitely worth exploring. The city of Sibiu serves as a great base from which to explore the beautiful countryside this Romanian region has to offer, and is among the country’s most photogenic destinations. The medieval architecture makes it feel like you you’ve traveled back in time, but the blossoming coffee and music culture keeps it in the (artsy) modern day.

There’s plenty of history to explore for those who are interested, with the UNESCO protected center and its surrounding areas hosting many museums that recount the city’s complex past. For those who prefer their stories fictional, there are a number of tour operators running daily trips to Bran’s Castle - the mythical home of Count Dracula. It’s said that the character is based on the real Vlad the Impaler, but he never actually lived in the castle. Nonetheless, the dramatic architecture lends itself well to the historical horror story.

Beyond the city walls, stunning mountain scenery will make any nature lover swoon. Situated at the foothills of the Carpathians, Sibiu is the perfect place to start a hiking trip in the Transylvanian countryside. 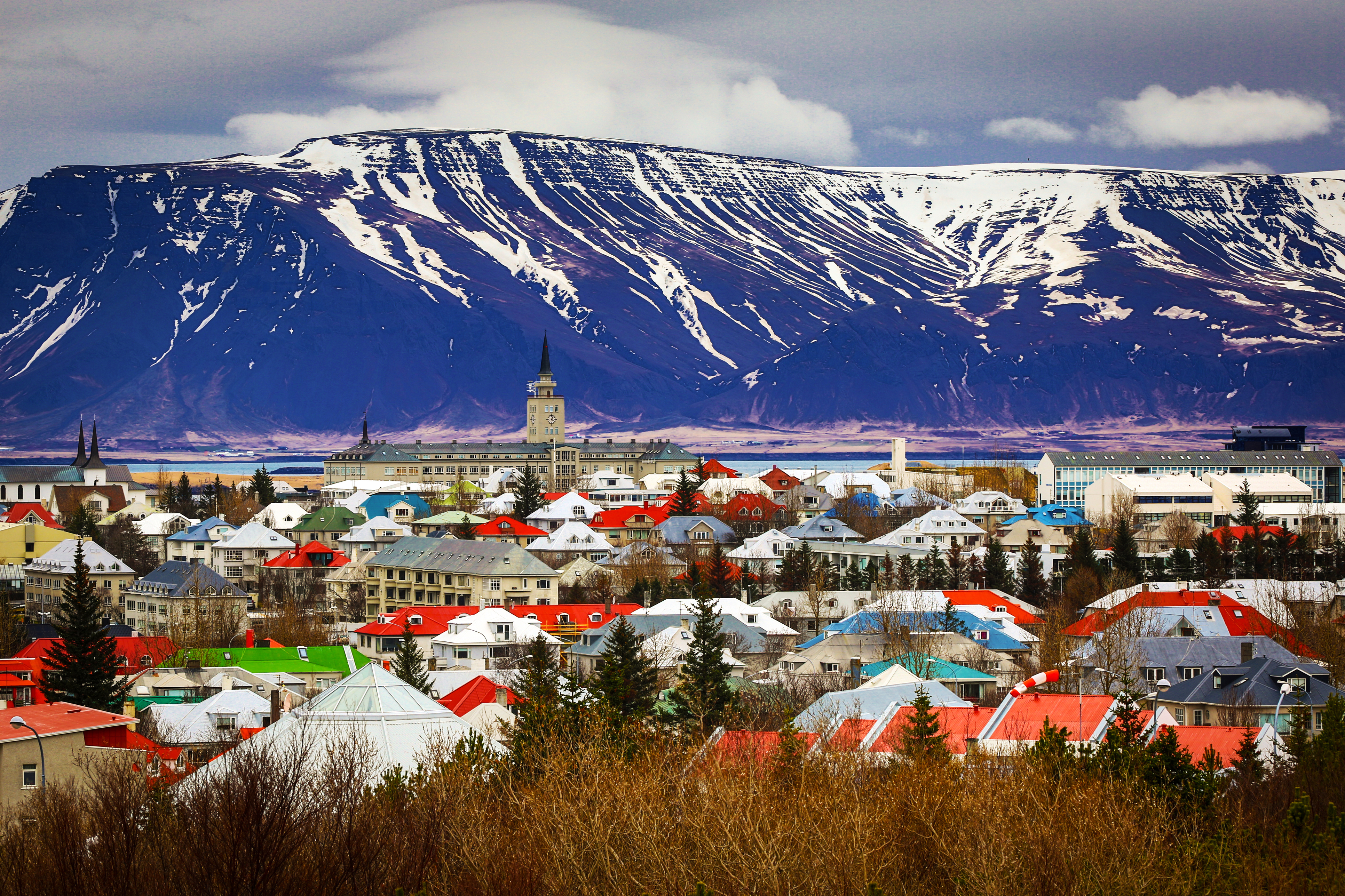 After many years sitting off the main tourist trail, Iceland has finally hit its stride, with more holiday-goers than ever headed to the small island nation. The capital, Reykjavik, is the base for most visitors, with easy access to amenities and plenty of tour operators offering excursions further afield. While the city is a great place to start, the true beauty of Iceland lies out in the uninhabited areas, where everything from natural geysers to waterfalls to hot springs are waiting to be discovered.

One event that significantly increased Iceland’s popularity among tourists was the release of The Secret Life of Walter Mitty, much of which was filmed there. Skógafoss waterfall in particular saw a surge in visitors after it was featured. It’s often included in Golden Circle tours which begin in Reykjavik and take in the photogenic destinations of Pingvellir National Park, Gullfoss Waterfall and Haukadalur geysers.

Another must on many bucket lists is a visit to the Blue Lagoon - natural hot springs that have been turned into a serene spa and swimming baths. Nestled amongst rocks with picturesque wooden bridges and steam rising from the warm waters, it’s a stunning photo opportunity as well as a relaxing day out. 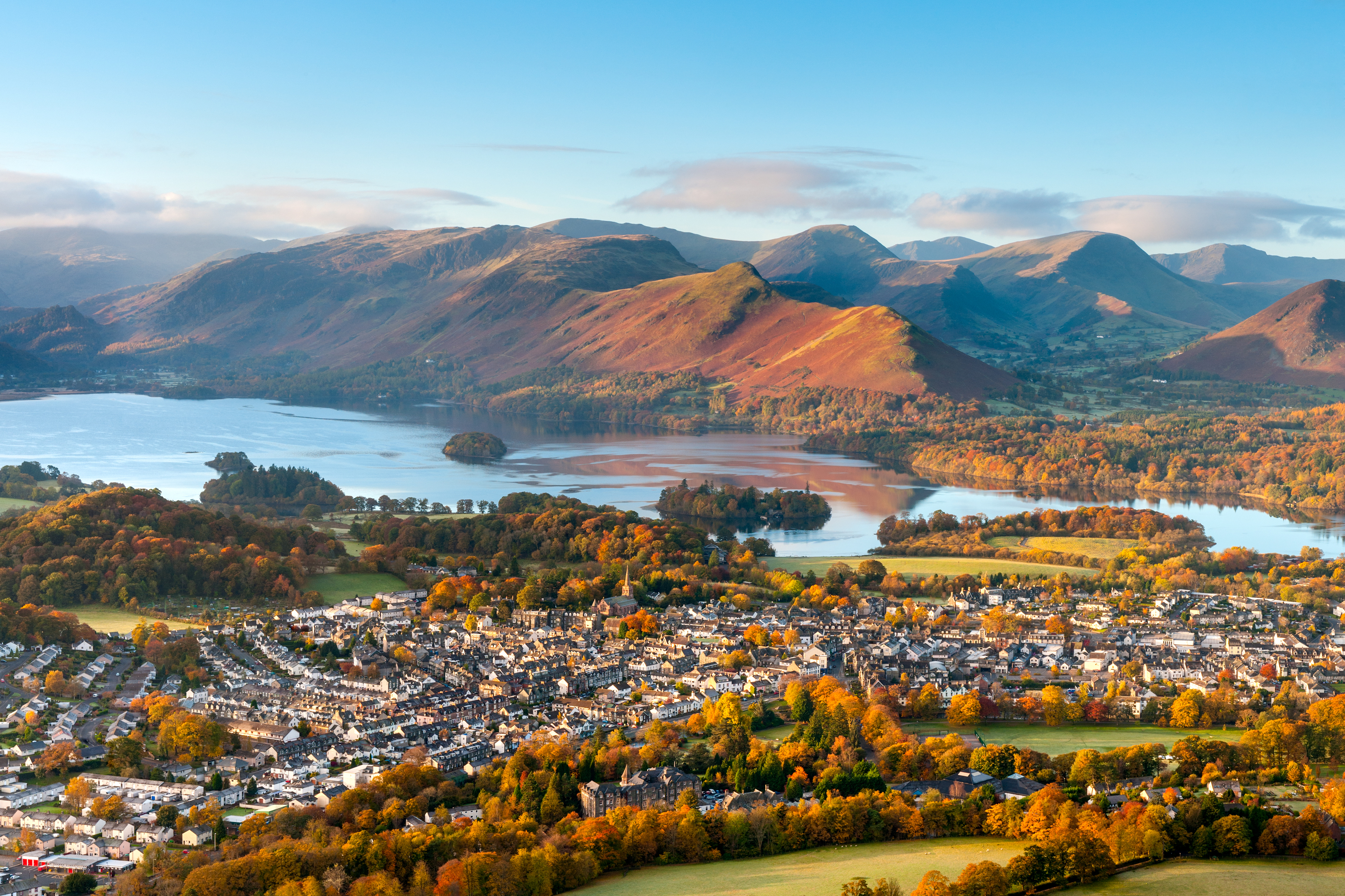 The Great British countryside gets its nickname from towns like Keswick. The gateway to the Lake District, Keswick is full of the kind of rolling hills and quaint streets that make up the backdrop to many an old-fashioned storybook. It’s part of the county of Cumbria, in the North West of England, which is home to one of the country’s most famous national parks.

Despite its stunning scenery, Keswick remains more popular among locals than international tourists - which makes it perfect for those looking for an authentically English experience. The town is full of olde-worlde pubs and taverns where you can get hearty food and a pint, while the regular market is definitely worth a visit in good weather.

The Lake District itself is a collection of mountains, forests and - of course - lakes that make up some of England’s most photogenic destinations. There are many popular hiking trails for explorers to follow, as well as England’s highest mountain, Scafell Pike. There are also small towns and villages such as Grasmere - once home to William Wordsworth and said to have inspired many of his works. The drive between Keswick and Grasmere is considered to be one of the best in the country. 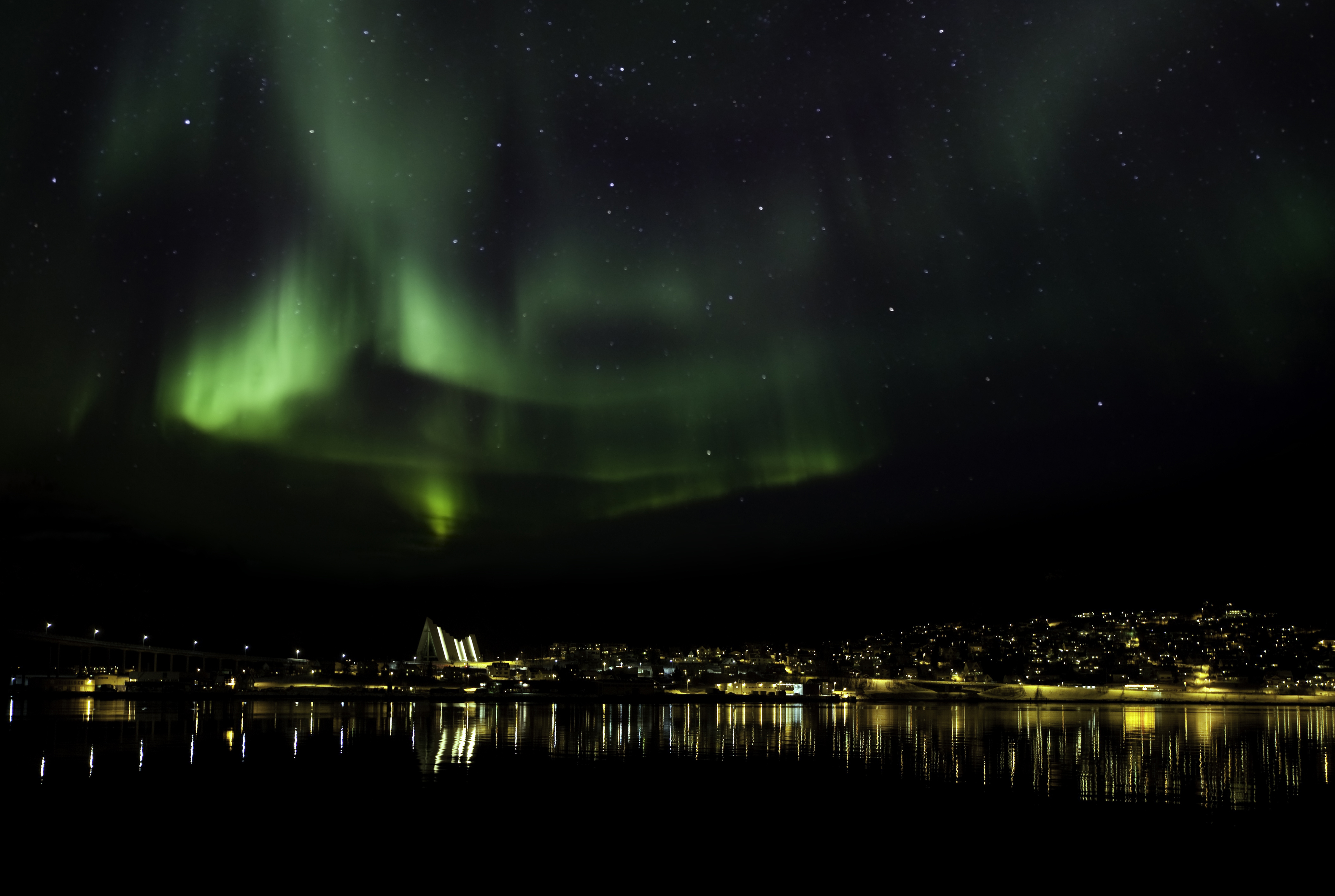 Few visitors to Norway journey beyond Oslo, but those who venture further north to Tromso are richly rewarded by the scenery. Officially the world’s northernmost city, and within the boundaries of the Arctic circle, Tromsø is a place for adventurers - and one of the most beautiful places in the world to visit.

The city’s separation from the mainland by the famous Tromsø Bridge makes it feel remote, despite its bustling atmosphere and lively student population. The feeling is enhanced by the border of snow-capped fjords that maintain their winter-wonderland effect year-round.

And of course, you can’t forget one of the Arctic’s most exciting yet illusive attractions: the Northern Lights. Visitors who go during the wintertime and take a trip away from the center, escaping any light pollution, have the best chance of spotting the aurora borealis. Seeing them is one thing - snapping a picture is quite another. The Northern Lights are famously hard to photograph, and you’ll need top-quality equipment including a tripod in order to catch them on film. 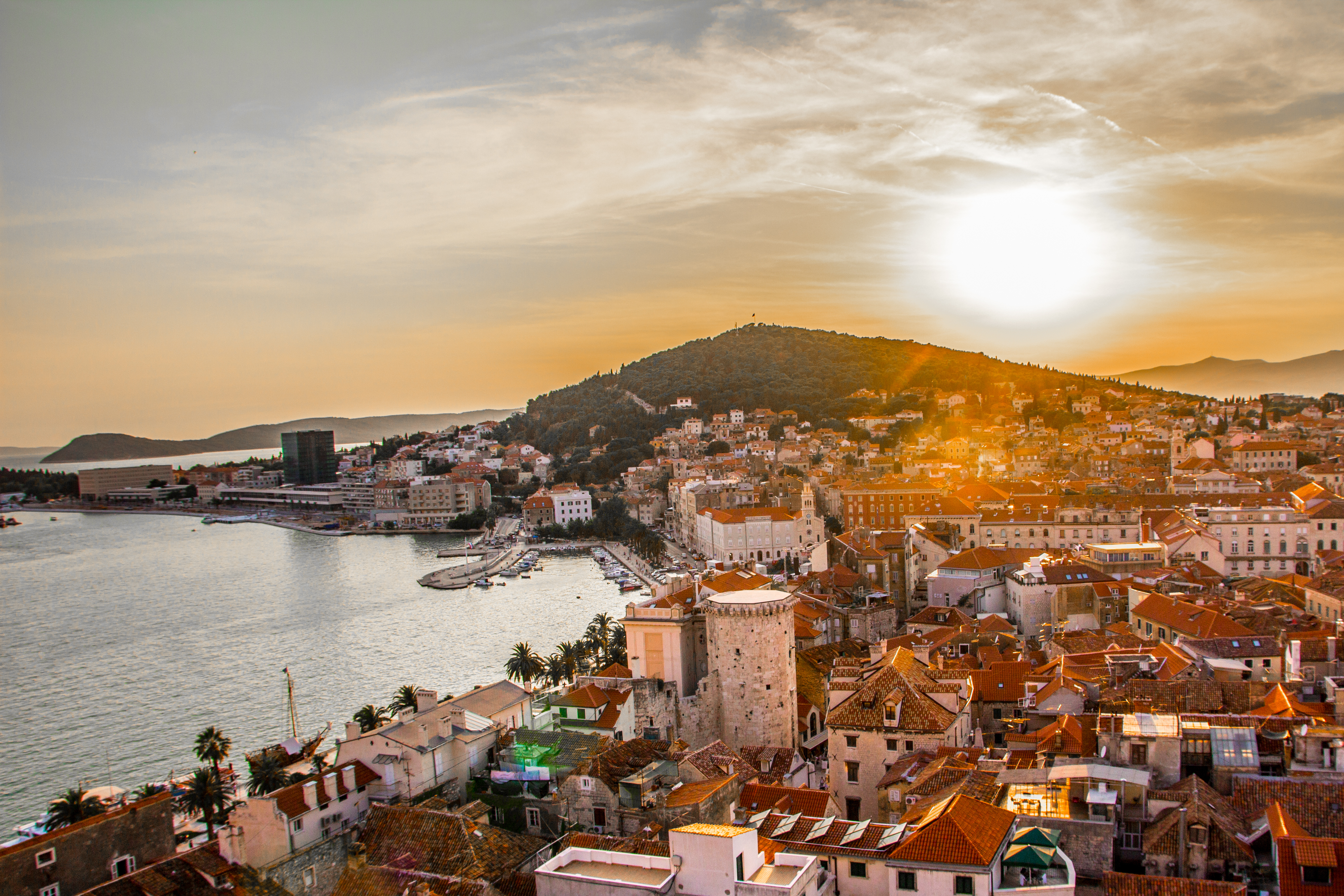 For a long time, Spain seemed to corner the market on sun-on-the-beach holiday destinations, with tourists flocking to the likes of Barcelona and Benidorm for a cheap and cheerful get-away under the southern sun. But as interest in Eastern Europe has grown over recent years, gems like Croatia have finally had their time to shine. Not only does your money go further, but many beaches are still unspoilt and quiet getaways won’t be crowded with families, even during school holiday season.

Split is fast becoming the country’s most popular destination. Home to the perfect combination of city life, beach escapes and world heritage sites, it’s a place that’ll make any Instagrammer drool. Sweeping coastal mountains make the perfect backdrop to sunset dinners, while the clear blue waters will have you whipping out your GoPro for snorkelling selfies.

And for those who enjoy excursions alongside their rest and relaxation, the famous Plitvice Lakes are within easy reach for a daytrip. Hire a car, book a tour or take the local bus to reach the UNESCO World Heritage Site in around 3 or 4 hours. Stunning waterfalls and terraced lakes are surrounded by easy hiking trails and walkways that make for a magical experience. 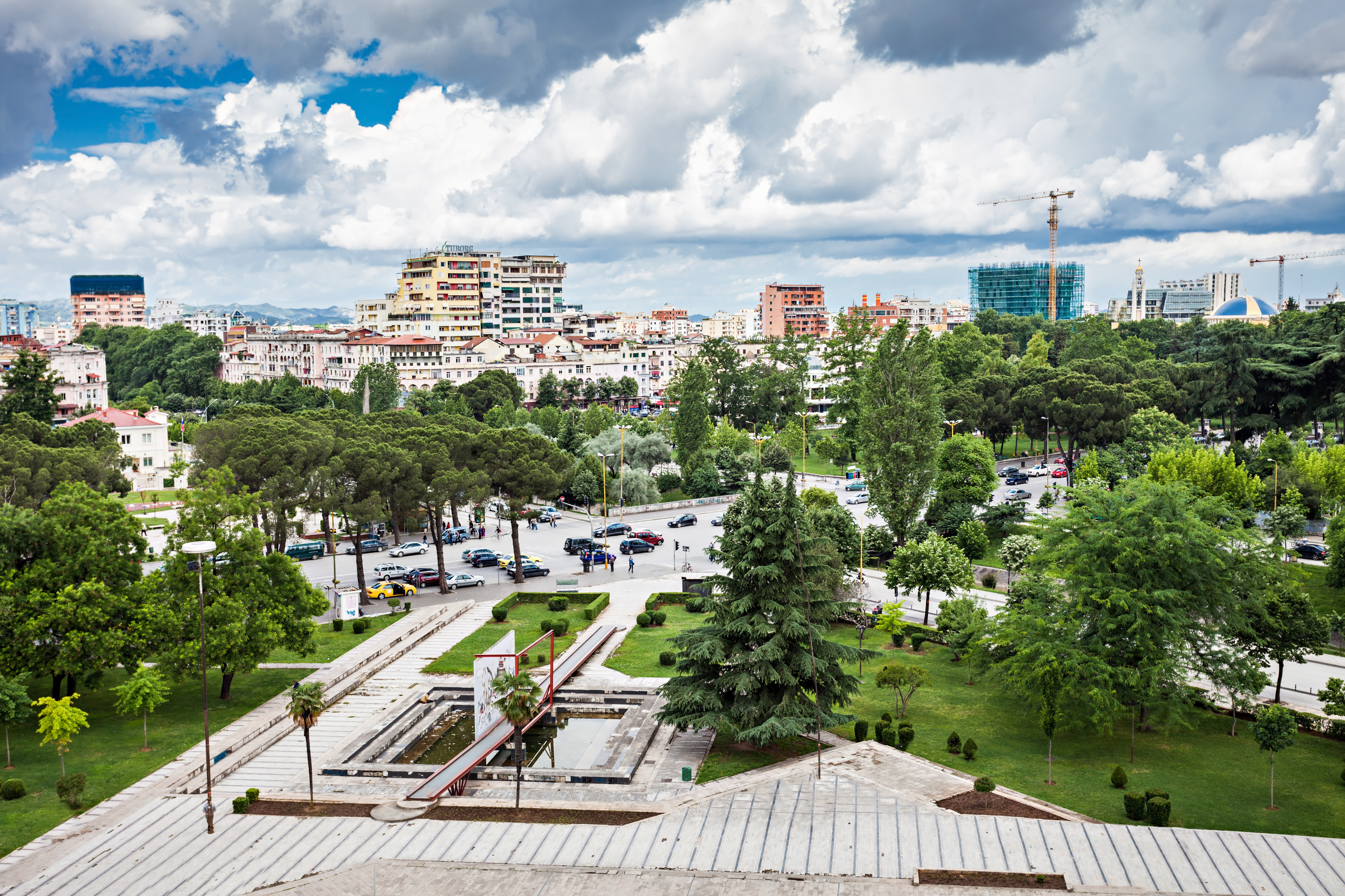 Albania is very much an up-and-coming tourist destination. It may not appear on many itineraries yet, but it’s expected to become more popular in the near future - so now is the perfect time to visit and soak up as-yet unspoiled nature. Tirana is Albania’s capital and largest city, making it a comfortable place to set up base while exploring what this burgeoning country has to offer.

The city itself is home to many relics of Albania’s history - but they’re contrasted by the bright and buzzing atmosphere created by the new generation. In an effort to counteract Tirana’s reputation as a grey city, the local housing estates have been covered in multi-colors. The result makes for beautiful and interesting pictures that are outside the normal holiday snaps.

For those on the lookout for greener scenery, Mount Dajti National Park is within easy reach and offers breathtaking views. Cable cars transport passengers to the top of the mountain, where photogenic destinations and lush pine forests will make you forget how close you are to the city.

From the undiscovered mountains of Albania to the classically English countryside surrounding Keswick, some of Europe’s most beautiful travel destinations are hidden along the paths less traveled. Cameras at the ready

The Best of Europe: Top Cities for Nature

The Best of Europe: Top Cities for Culture

The Best of Europe: Top Cities for Food